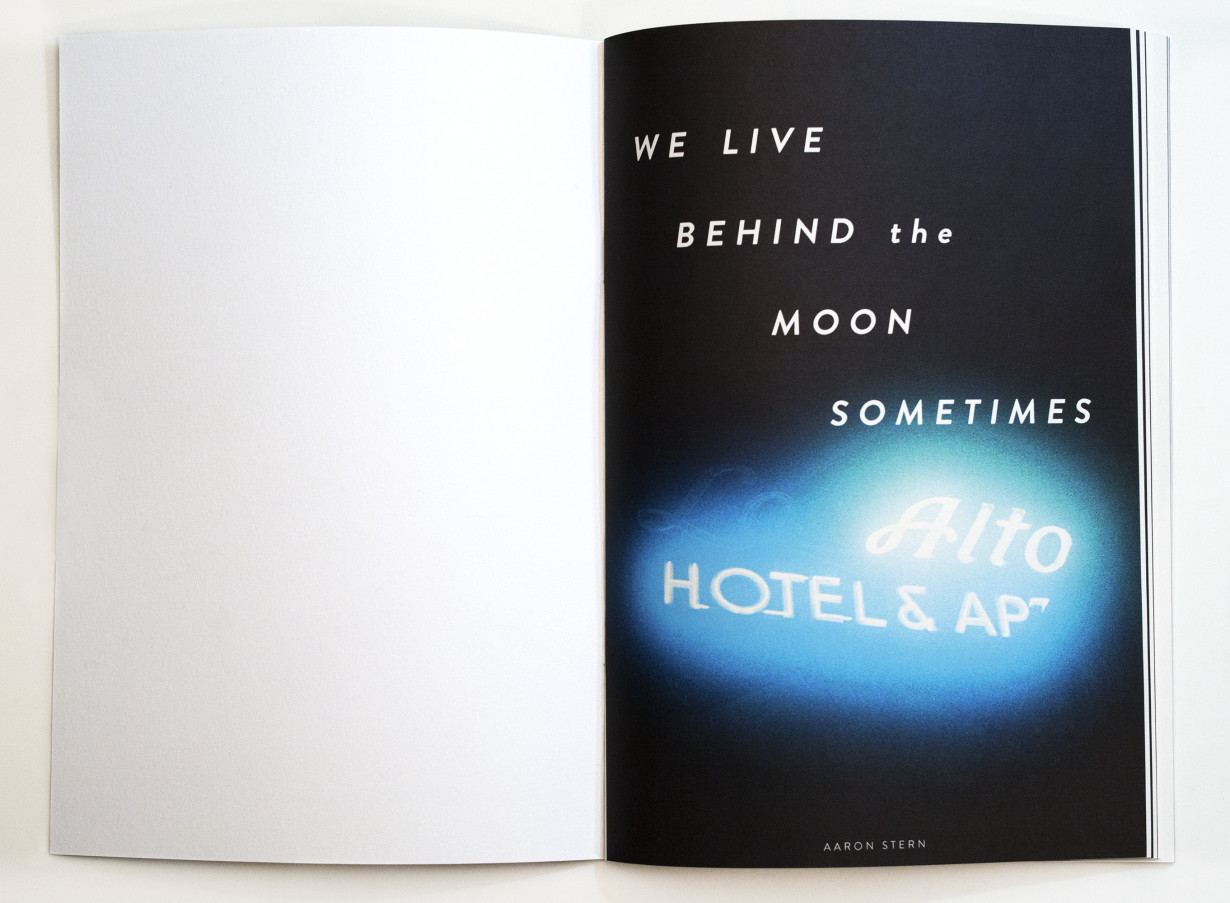 AARON STERN'S 'WE LIVE BEHIND THE MOON SOMETIMES'

The photographer Aaron Stern has two problems with the Leica M6 camera he uses on film projects: One, his vintage Canon lens has a fungus on it that creates a haze over his pictures; and two, there’s a small hole in the shutter curtain of the camera, creating what he describes as a “star-like, white explosion” in his photos. He would get these fixed, but they give his photos a hazy, otherworldly effect that are perfect for his latest book, We Live Behind the Moon Sometimes.

The limited-run monograph—only fifty editions have been printed—reveals images from Stern’s trips through Florida, Maine, and California, shot on 35mm film. Accompanying the photographs are two poems, one each from Stern’s longtime collaborators David Wagoner and Christopher J. Johnson. The last few pages feature phrases penned in Stern’s handwriting. Two women are photographed, but the majority of the photos are landscapes: pine trees and mountains silhouetted by blurry sunsets and surreal moons. There’s a feeling Stern wants you to drown, blissfully, in nature. The overall result is a dreamy sense of beauty, solitude, and nostalgia—a Beach House song in book form, as he puts it.

Like Stern’s last release, I Woke Up in My Clothes, this work is an introspective exploration of what it means to be human. Memory, the past, and the way we choose to remember it are underlying themes. “The way we tend to remember dreams or relationships is slightly skewed by our own influences and the narrative that we start creating for ourselves,” says Stern. “Not that they’re wildly different, but it’s like they say, there’s three sides to an argument: his side, her side, and the truth.”

The title itself is translated literally from the German expression hinter dem Mond leben, which refers to the idea of hiding or protecting ourselves, as in the idea that someone who is behind the moon can’t see the earth, or reality. For Stern, this isn’t necessarily negative. “I think we all feel pain, we all feel sadness, grief, and happiness, and all those things, and we tell ourselves these stories to try to help get through all those things.”

When asked how he wanted his audience to feel upon paging through his book, Stern answers, “The way you feel when you close your eyes and think about the past or something that you’re hoping for, and it looks starry and dreamy like an Impressionist painting. I wanted it to look like that: painterly and hazy and out of reach.”

Out of reach the feeling might be, but the publication is the opposite: surprisingly, for an art book, it’s stitched on the side instead of being perfect bound. Cut to an octavo size, it has the elegance of a coffee table book coupled with the accessibility and personality of a zine: “It’s not one, not the other,” he says. “I wanted it not to feel so precious.”

Part of this was for pragmatic reasons: “I like to look at art books and fall asleep. But they’re so big and heavy, and I mess them up, like fold the page by accident or something. But you can bring this on the subway.”

We Live Behind the Moon Sometimes is available now here. 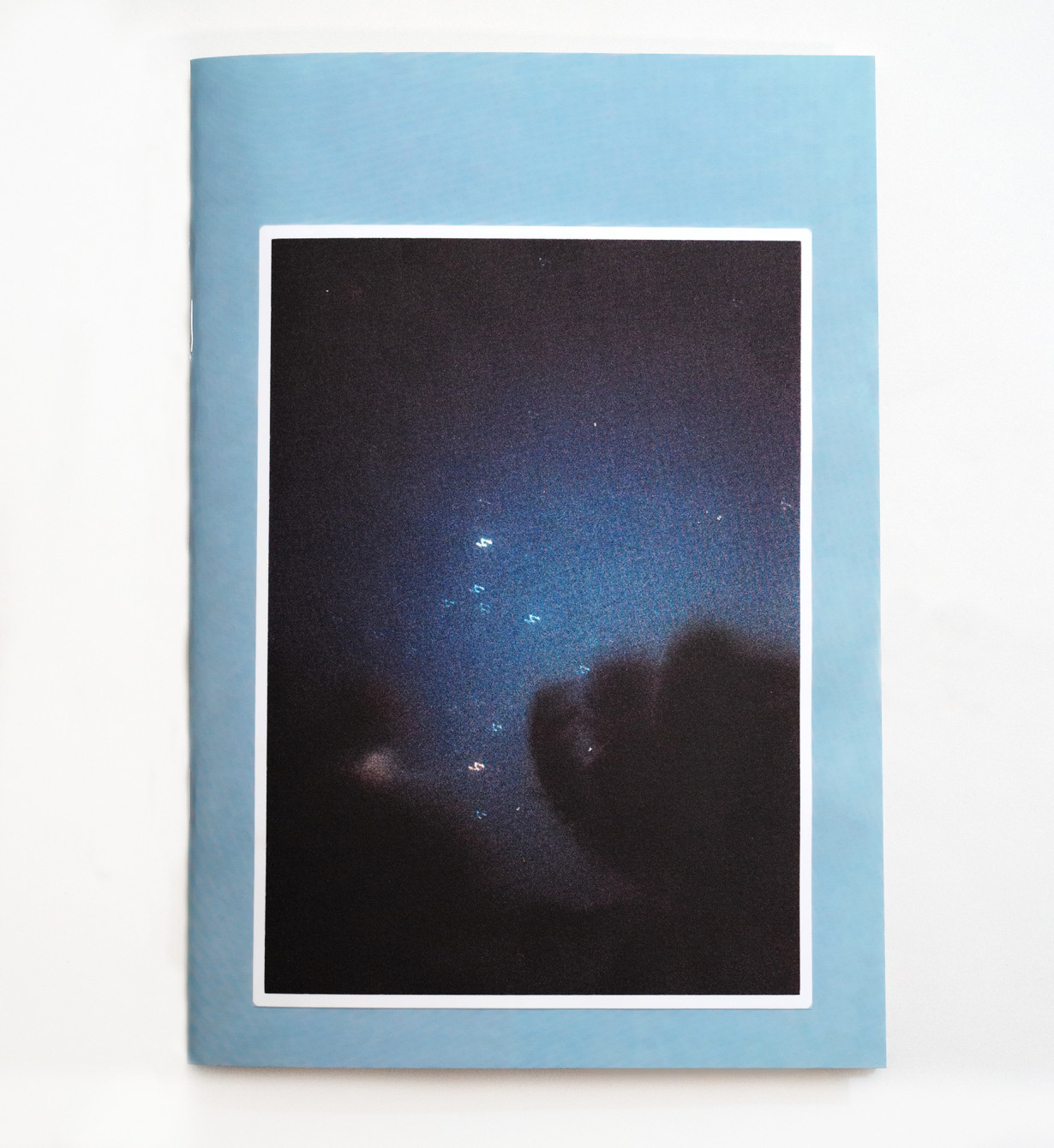 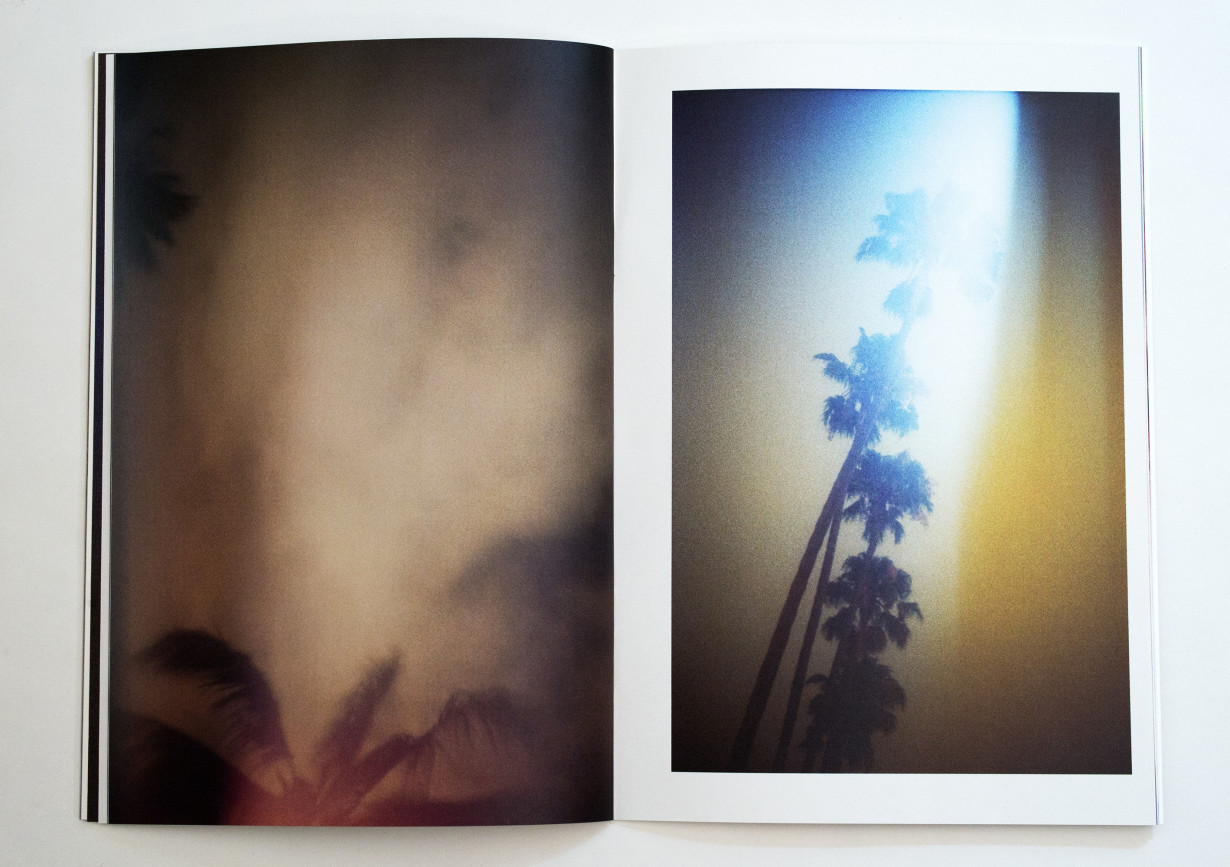 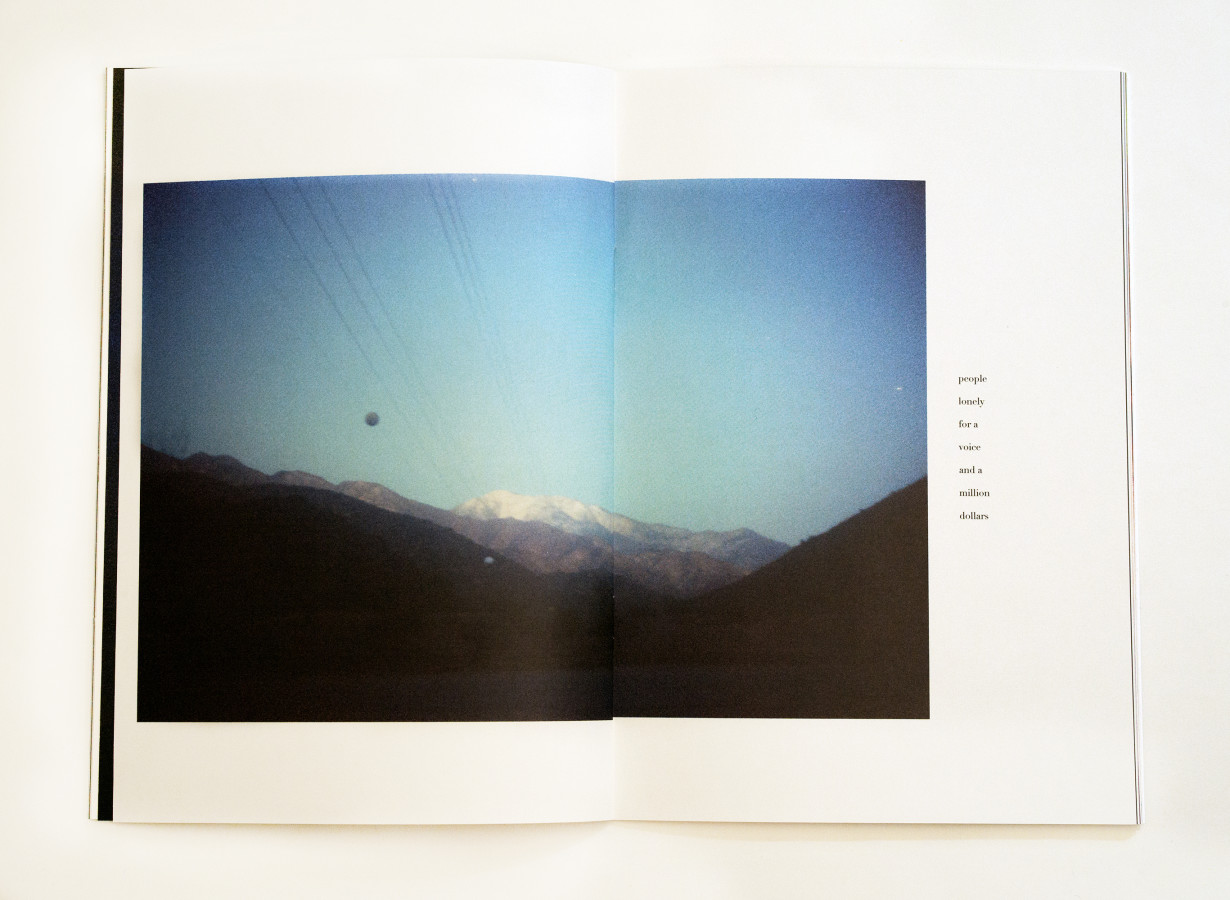 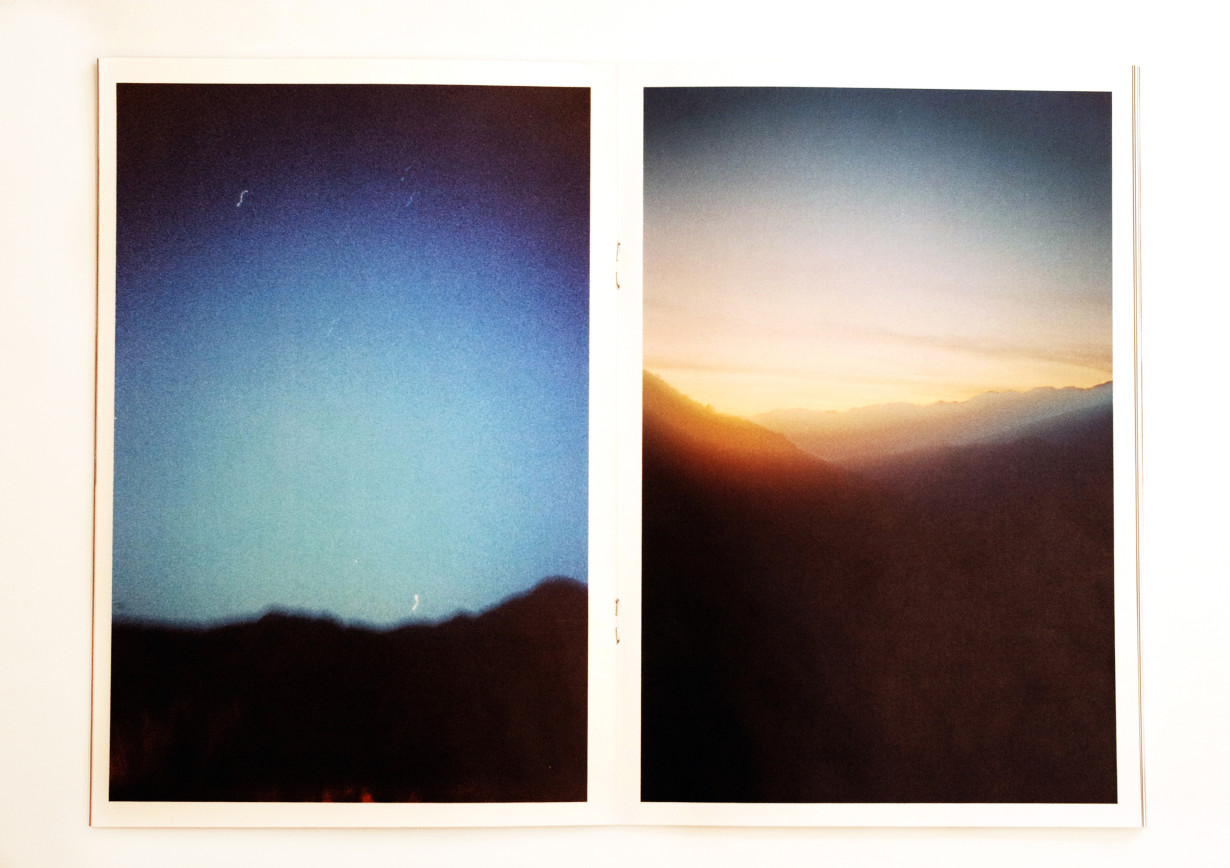