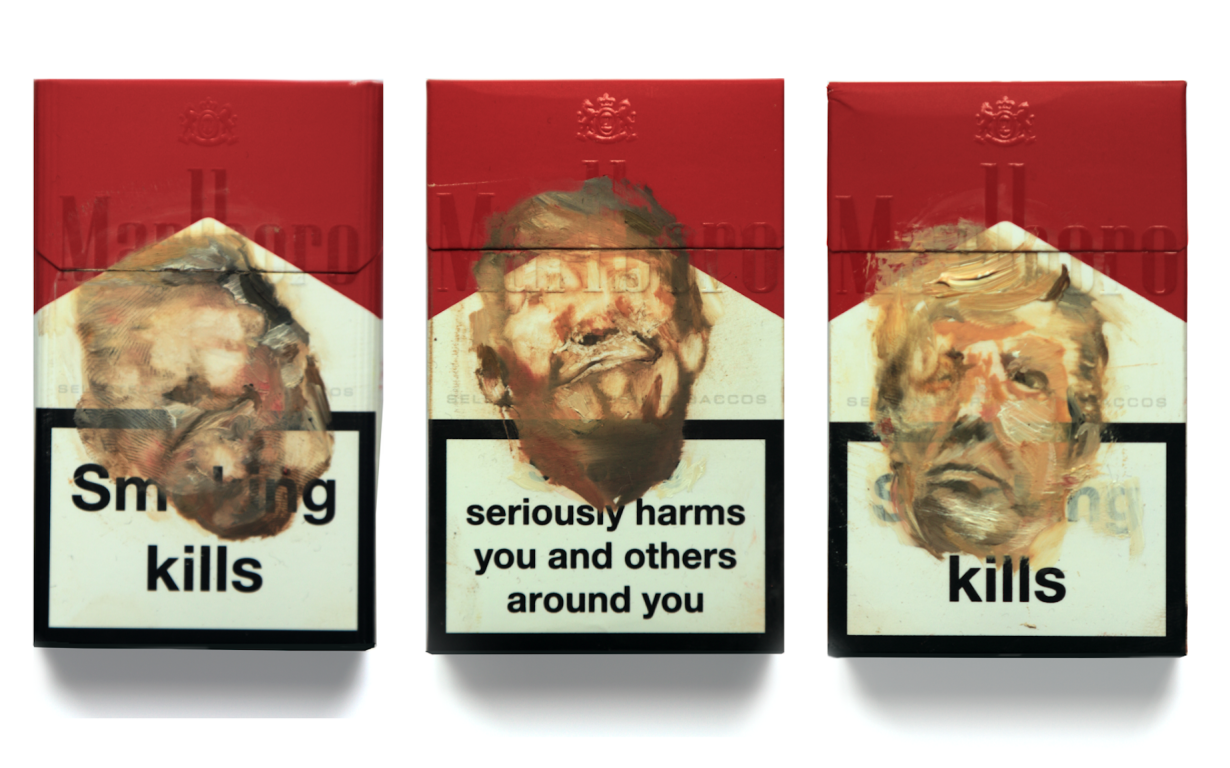 Acclaimed British artist Antony Micallef, whose work has been exhibited at leading galleries worldwide and gained high-profile collectors, is no stranger to provocation. In his first project for the nonprofit organization Peace One Day, a group exhibition curated by Jake Chapman back in 2012, the selected artists had to incorporate a decommissioned AK-47 into their artwork. “I remember thinking if I had two of these guns, they could be used as horns in some way, so I ordered one off the internet for £250,” he recalls. “My studio is fairly close to Kensington Palace so there is lots of security in my area. I remember someone ringing my doorbell and when I opened it, a man was standing there with a machine gun.”

Micallef, who is described as a modern Expressionist, is renowned for producing artwork that transcends social, cultural, and political boundaries, and his latest piece in support of Peace One Day, entitled Trump’s Fags, is no different. In the work, he concisely comments on today’s political landscape, all on the front of Marlboro cigarette boxes, a medium that he first began using in 2011. “I used to paint self-portraits and made-up cartoon characters on the back of the cig boxes, as it was dark and humorous to me in some juvenile way,” he explains. “I like the idea of mixing language and contrasting images that mix messages to create something else. I think there is a fun alchemy in there and it’s the fusion of light and dark imagery that creates the bit I find exciting.”

Trump was the natural choice to exemplify a modern-day villain. “I was asked to do something for Peace One Day and the idea instantly came into my head. I love the power of logos and symbols and how they can say so much instantly,” Micallef says. “Donald Trump’s orange face and blond hair do work very similarly in a way as a logo for his brand. He’s a parody of the bad guy on The Simpsons, where it’s very hard to tell what is real and what is fake. I thought the cocktail of mixing his iconic face with the famous Marlboro red cigarette packet would work well stylistically and make an important point with a touch of humor.”

Trump’s Fags is being auctioned on Paddle8 beginning today to coincide with International Day of Peace and closing on October 5. All proceeds will donated to Peace One Day.