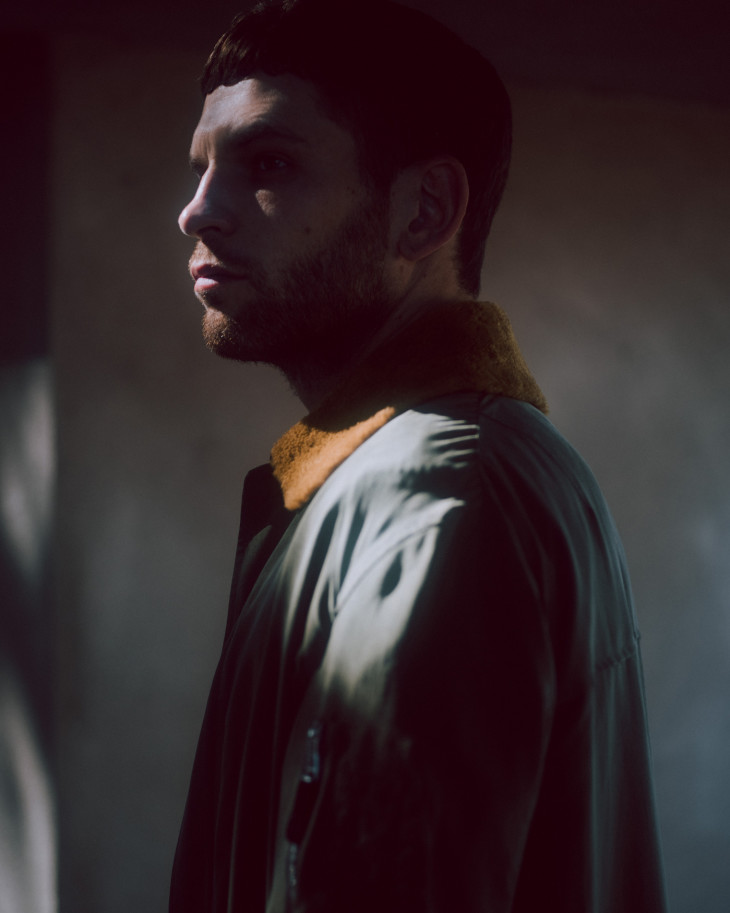 Any actor can tell you the industry is not an easy one. There’s the endless rounds of auditions, the persistent scrutiny, the inevitable rejections. It’s enough to make you quit—which is exactly what Arnaud Valois, the French star of the new AIDS activism film BPM (Beats Per Minute), did a few years ago, disheartened by the vagaries of the job and a feeling of helplessness over the outcome. “I was waiting for parts, auditioning and not getting the roles, being second, being third, waiting for the phone to ring,” he recalls. “I was a bit frustrated and angry and sometimes depressed, and I said to myself, ‘You’re twenty-five, you can realize yourself in another way, so let’s do something else.’”

The “other way” proved to be massage and sophrology, a practice of mental health involving simple exercises that aim to harmonize the mind and body, which he first studied for his own wellbeing before training as a teacher and therapist. “At the beginning, it was a personal journey, a way to find myself and to relax,” he explains. “I went to Thailand for vacation and I fell in love with the country and I was looking for a way to connect with its energy. I started massage school, not to have a new job, but just to find another way to relax. Being able to relax people and give them new energy made me super happy, so I thought, ‘Why not do this as a job?’” After he returned to Paris, Valois opened a small massage studio and began practicing his newfound skills with the intention of settling into a new career. But eventually a casting director tracked him down and asked him to audition for BPM at the request of writer-director Robin Campillo, who first discovered Valois on Facebook. He admits that it took some convincing, but eventually he was won over by the importance of the film’s message, about the passionate and vibrant ACT UP Paris movement of the early Nineties, which staged protests, marches, die-ins, and other attention-grabbing actions to agitate for AIDS education and research.

Valois, now thirty-three, stars as Nathan, a novice ACT UP member who eventually falls in love with an HIV-positive fellow activist, played by the Argentine-French actor Nahuel Pérez Biscayart. The film buzzes with energy during its meeting scenes, with the various advocates arguing over priorities, slogans, and possible actions, and has an easy naturalism and an almost documentary feel, which Valois credits to Campillo. “We had a kit with a book and two DVDs on ACT UP Paris and access to the archives from French television, but it’s almost Robin’s life and memories, so it was quite easy for us to just rely on him,” he explains. “We could be present during shooting and stay very focused and just go with the flow. The good thing with Robin is that he writes characters but then he adapts them to the actors, so it’s quite easy to be yourself in a way. I’m not Nathan and Nahuel is not Sean, but there is a part of us in the story.”

But, in an uncomfortable reminder of what pushed him away from the industry in the first place, landing the role did not come easily. “I was auditioning almost every week. We were trying out the scenes, the partners, I went in for another character as well and then came back to Nathan and so on and so on and so on,” Valois recalls. “After three-and-a-half months of coming sometimes two times a week, I said to Robin, ‘Ok, this is enough, this is why I quit acting. I’m leaving the casting process,’ and he said, ‘Ok, you have the part.’” BPM had its world première at Cannes in June, where it was met with a rapturous response and won the Grand Prix (essentially second place), a drastically different outcome from Valois’s last time on the Croisette, when he made his début in 2006 in the French film Charlie Says, which received boos. “I had mixed feelings,” he describes of his response to learning BPM had been accepted to the festival. “I was very excited and also a bit scared at the same time, because it’s a very big machine and when it’s good, it’s very good, but when it’s bad, it’s very bad. We were very proud of the movie, but you never know what can happen there so I was not super confident the day before the screening. Very quickly, we felt that something really special was happening, and then during the interviews, some of the journalists were crying and saying, ‘Thank you for doing this film,’ which was amazing.”

As the film rolls out internationally this fall, it has met with similarly euphoric acclaim. It was selected as France’s official entry for the Foreign Language Oscar, and is widely expected to earn a nomination next year. Valois says that, more than the critics, it is the reaction of younger viewers that has been the most powerful. “They’re very interested in the political aspect, because now it’s all about social media so you’re alone with your computer or on your phone,” he explains. “In this movie, they discover the power of the group to be stronger together and that’s a really good thing.” Coat by Prada. cardigan and turtleneck by Hermès. A native of Lyon, Valois has been a performer since a very young age. “I think I was three or four and I was into entertaining people and getting on stage and sharing emotions,” he recalls. He moved to Paris to study acting at the Cours Florent and started working professionally soon after. His study of sophrology has helped add a new dimension to his classical training, giving his performance as Nathan a certain fresh immediacy. “Now I’m less focused on myself and more on the moment and the people that are around me,” he explains. “It’s more about sharing and doing something by feeling what’s outside of me more than just my own mind or thoughts.”

With BPM finished, Valois says he is looking forward to returning to his massage studio. “Unfortunately, at the moment I can’t [give massages] because of the promotion for the film,” he laughs. “I haven’t done a massage in about two months now and I’m missing it.” But he won’t be turning his back on acting for good either, as long as the work is right. “I think so, but in very special and very strong projects,” he says when asked whether he will continue to perform on film again soon. “I don’t want to do movies just to do movies. It’s not about adding films to a list, it’s more about getting attached to very engaging projects.”

BPM (Beats Per Minute) is out now.