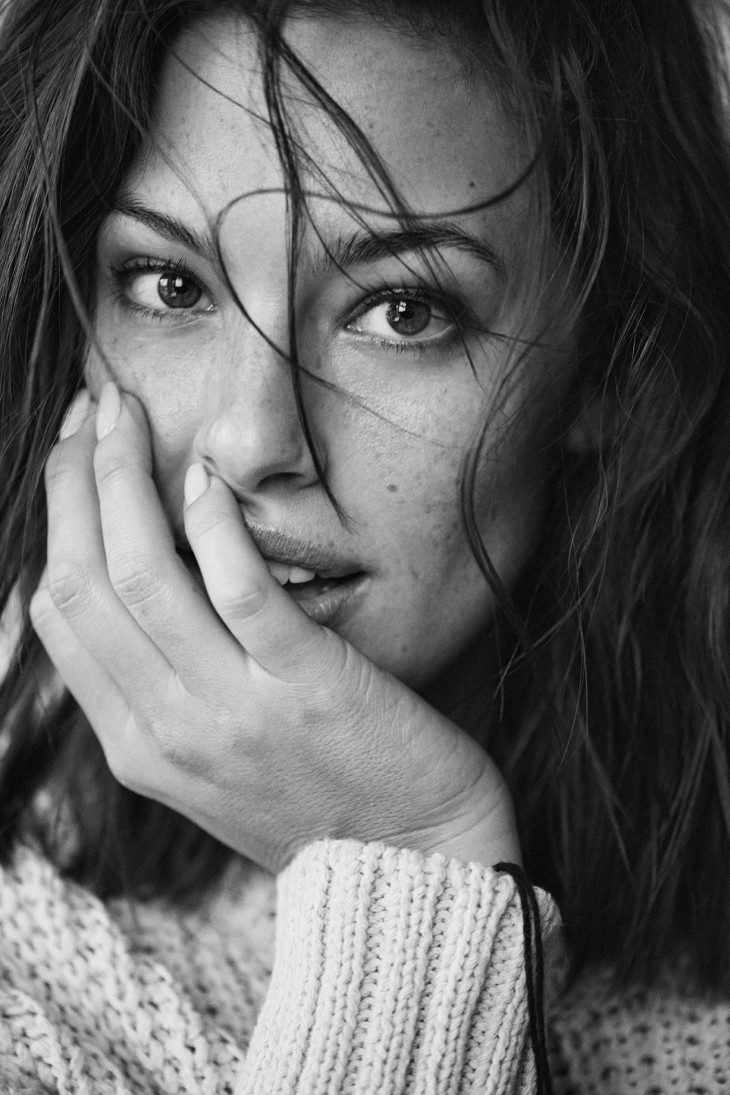 Ashley Graham Wants You to Love Yourself

“I’ve always been an open book,” Ashley Graham says. “I’ve always been very ‘Take me as I am’—unapologetic.” You’d be hard pressed to find someone who would argue that. The 31-year-old entrepreneur and model catapulted herself into fame with her unabashed frankness and unyieldingly positive attitude. “I think being so open and honest around people makes other people open and honest around me,” she asserts. Her candor is well-documented in gregarious television appearances, blunt editorials, and her revealing 2017 book, A New Model: What Confidence, Beauty, and Power Really Look Like, but there’s more to Graham than meets the eye, and it’s her innate curiosity that’s guiding her into new terrain. In all her endeavors, she wants to bring forth conversations that question the values that are defining our culture, and she’s creating her own outlets to do just that.

Graham has gained recognition in the fashion industry ever since being discovered at a mall in her native Nebraska when she was twelve, but she recalls that the biggest turning point in her career only occurred a few years ago, when she landed the 2016 Sports Illustrated Swimsuit Edition cover. At that point, she had already launched a lingerie line with plus-size brand Addition Elle, given a Tedx Talk, and spoken to young girls about being confident in their own skin, but the cover had a rippling effect. “What it did was from the industry it said, ‘Oh it doesn’t matter what size you are, women are sexy,’” she explains. “Women have been saying that for generations, but now you’ve got fashion and you’ve got a men’s magazine behind it.” Not only did this milestone establish a more diverse image of women, but it set a new ambition for Graham: serving as the voice of those marginalized by beauty standards. After Sports Illustrated, she began landing covers and then more covers still and campaigns and endorsements. At about the same time, other women began speaking out, celebrities spoke out, and the ensuing women’s movement brought about needed change globally. Graham approached the new developments with some tenuousness, careful not to mistake tokenism for sustained change. “It’s hard to say no when you’re asked to be the only one because you’re giving up a seat at the table, but you don’t want to always just be the one,” she elaborates. “You want to continue to open up that door for everyone and not make it a trend, but make it a movement.”

Graham is nonetheless aware of the paradigm shift occurring in fashion right now. Labels have not only embraced diversity in casting and marketing, but have begun designing with different shapes, sizes, and appearances in mind. While there’s still an imposing beauty standard for women, there’s a growing demographic that rejects these standards; there’s greater value in being different than ever before. “It’s a lot of smaller brands that realize that having curvy sizes is actually going to be beneficial for them,” she emphasizes. “It’s a billion-dollar industry that no one has really tapped into in the smartest way. A lot of brands are embracing that, like Revlon.” When Graham was featured by the international makeup powerhouse last year as one of the faces of its “Live Boldly” campaign, it was a major feat for any model, but one virtually unheard of for a model with curves. “They took a chance and they were like, ‘Hey, we know that lipstick doesn’t have a size, so we’re going to give you a contract.’ It’s brands like them, even though they’re not a small brand—they’re a mega brand, they have to make these mega moves.” While Graham approaches industry-wide changes with optimism, she still insists that models need to take more ownership of their own careers. Her only regret in her own career is not pursuing her business ambitions sooner because she didn’t recognize her own ability to be a change agent. Around the beginning of the decade, Graham wanted to start a lingerie line, but she didn’t find the support she needed from those around her—until she approached the Addition Elle CEO directly. It’s a plight many in the industry face, with agents, directors, and designers often dictating actions. “What a lot of models do is they don’t take initiative because they do have all those voices in the back of their head,” she says empathetically, “and they do have a lot of people saying, ‘We’re doing this, we’re doing that, you can’t do this, you can’t do that.’ But if there’s something that you feel passionate about, do it. Now more than ever, as a model, you have a voice, and if you are at a point in your career where you want more, go get it. Because nobody is going to get it for you.” Following her own advice, last fall Graham launched her own podcast, Pretty Big Deal, as another outlet for exploring these issues. “I wanted to talk about harder topics in a safe space,” she says. “I think that on social media, if you’re just there talking with your own voice and you don’t have a counterpart, sometimes the comments can just get nasty, so why not go into a podcast where you are in a safe space?” Her guests on the first season were eclectic, from the Libyan-American activist Noor Tagouri to Kim Kardashian West, and spoke more candidly about the timeliest topics than they might have on a talk show or in an editorial—much thanks in part to Graham’s own frankness. “I’m sitting there spilling my guts about whatever happened to me that day or in the situation that we’re talking about, and it makes them want to talk about their situation, and that’s what a safe space is,” she explains. “I’m never going to come at somebody and say, ‘Why did you say this?’ and, ‘What did you do that for?’ It’s just like, ‘Let’s talk about it.’” At the core of Graham’s increasing inquisitiveness is a deep desire to elevate people, especially women who have been stifled by the culture. “I think a lot of people group women into one category when it’s just like any other group of people—we’re all created differently,” she argues. “We just want to be respected and we want equal rights.” As she continues to question our values as a society, she keeps finding new ways to enliven dialogue and spread her infectious confidence. “I really like the idea of having these kinds of changing, molding, morphing conversations with people that will make your mind open,” she says. “No matter what it is, I want to learn and I know that if I want to learn, there are so many other people out there that want to learn as well.”

The Spring 2019 issue is out now. Pick up your copy here.