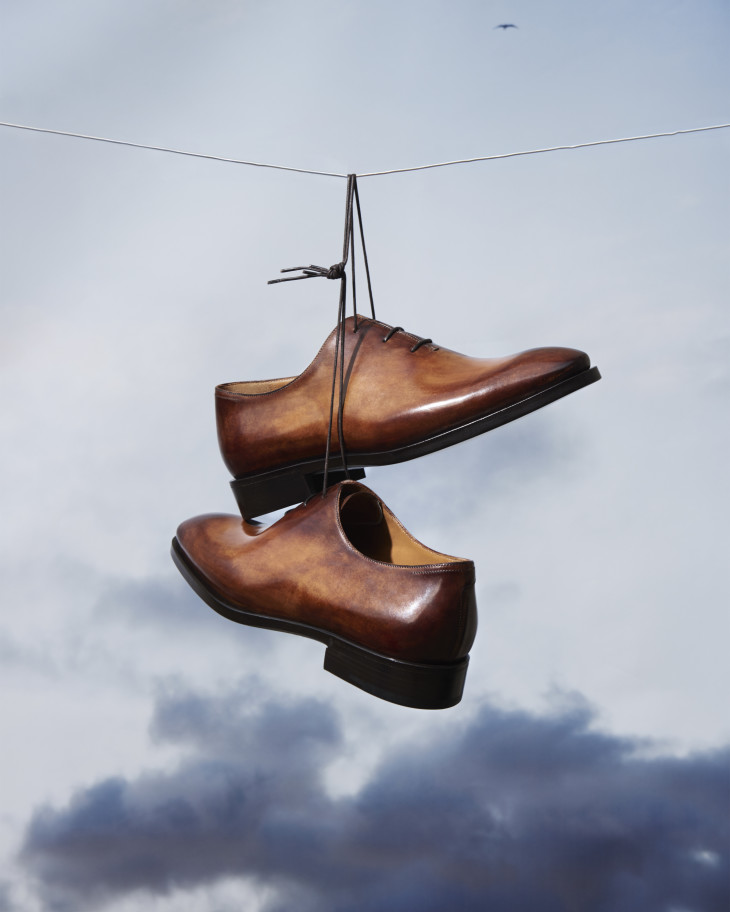 When Alessandro Berluti founded his eponymous footwear brand in 1895, the first model he created was a style that would become what is known today as, appropriately enough, the Alessandro, a lace-up formed from a single piece of leather that has been an iconic and integral part of the house’s identity for well over a century. Under the recent leadership of Alessandro Sartori, who stepped down in February, Berluti has made inroads in the ready-to-wear market over the past several years, but the core of the brand’s identity remains its impeccable shoes, available both off the rack and bespoke, which are built from lasts molded to the customer’s feet and can be customized in leather and patina and even embellished with tattooing.

Each pair of shoes can require up to fifty hours of work over a course of six to nine months, through a process that begins with an initial appointment with a master shoemaker, ideally in the house’s workshops on the Rue Marbeuf in Paris. Measurements are taken, and a wooden last is sculpted from hornbeam and finished to a smooth shape through sanding. The shoemaker then reproduces a pattern in cardboard, which will serve as the guide for cutting the yokes, which will form the pieces—or, in the case of the Alessandro, the piece—of the shoe. At his second appointment, the customer tries on a dummy pair, allowing an opportunity for any final changes to either design or fit.

Then the final construction process begins, with hours of painstaking and intricate work by hand. At the end, each pair of shoes is left to dry for roughly ten days before being finished with a patina, available in a wide variety of colors that helps keep every pair unique.

In the age of fast fashion, Berluti’s bespoke shoes serve as a powerful (and, yes, admittedly pricey) reminder that craftsmanship and handicraft have not lost their value. Built to last for decades—Berluti’s shoemakers are apt to recount tales of shoes that have lasted lifetimes and even across generations—they are a symbol of elegance, luxury, and the enduring spirit of the individual.