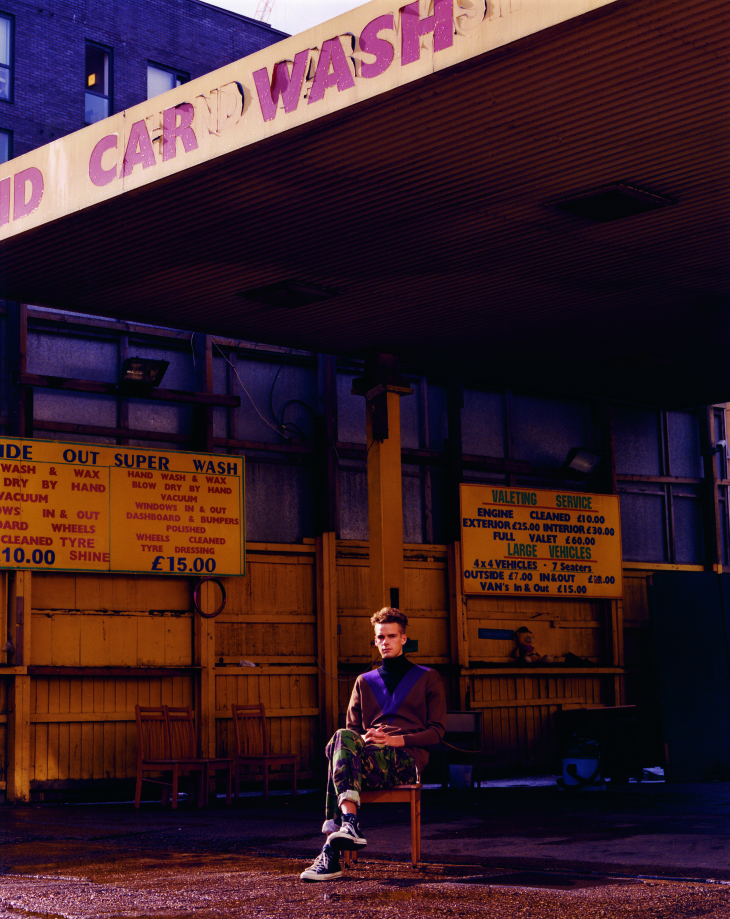 Anyone looking for the very forefront of the new music scene in East London could do much worse than to tune in weekly to Boiler Room, a “pirate radio” show founded and curated by Blaise Bellville. The 26-year-old impresario, who grew up in the countryside outside London, can already count the popular All Age Concerts—geared to the 14- to 18-year-old set—and the online magazine Platform among his previous successes. But the main focus right now is Boiler Room, which he runs with Thristian Richards, featuring some of the capital’s most buzzed-about musicians and DJ’s performing and spinning sets before an audience both live and online.

“The night before, I had been watching loads of Ustream shows that had been big in London at the time,” Bellville says of the first Boiler Room event back in March 2010. “It jumped out at me that we should just broadcast the actual session. We were going to have a handful of people in the room, all playing music. I was watching these great DJ’s play in their bedrooms, and I was like, That would look so good if there were a bunch of people in the room, smoking, drinking, hanging out, taking turns playing records. I just kept expanding on that idea.”

Jamie xx, James Blake, and Four Tet are among the acts that have taken to the turntables, each playing a variety of music ranging from jazz to electronica to dubstep. On several occasions, record labels have been given free rein in “takeovers,” curating evenings of both DJ’s and live performances, a fresh twist on the typical set. “I think one of the key reasons people got into it right at the beginning is that when you come down to it, it’s not like a radio studio,” Bellville says. “It feels like you’re at a house party, but people are watching live. The success has just as much to do with the artists enjoying and feeling an instant satisfaction with it, whether that’s because they like to hang out in the room and they like the vibe in there, or it’s because Twitter and Facebook are going mad with the comments. They feel an instant kick of exposure and promotion that you don’t get perhaps with other live outlets.”

Bellville demonstrates just this keen business-minded edge in all his enterprises—he’s not just here to have a good time. He speaks enthusiastically about “positioning the brand” and “media partnerships” and about his plans to build an empire of online destinations of different stripes in a bid to build a brand he can then parlay into lucrative consulting jobs. It’s a reappraisal of the media landscape, he explains, a reconsideration of how to eke out revenue from the parched wilderness of the Internet. “I have five or ten fun, strong, independent, interesting projects like Boiler Room, where there’s a really clear concept and they’re very credible and held in high regard by the opinion-forming set or whatever you want to call them,” he says. “But then behind the scenes we’re full of services that I guess are standard for any magazine. It’s agency work, essentially. We just aren’t calling ourselves an agency. You cannot really survive on just advertising and the traditional model. So having a portfolio of really interesting projects that each have their own specific audience has great value in terms of the services you can offer to a massive international brand, whether it’s through a front-end project or advising them how they can launch their product in a new territory or how they can appeal to young people or whatever.”

And Bellville is clearly someone who is always thinking of the next move. He brings up the idea of producing documentaries, a physical base in West London, an animation and graphics studio in—why not?—San Francisco. When he talks about his plans for the future, he sounds like a mogul-in-the-making. “For now it’s an exploration of Boiler Room, building our other brands and building a really exciting media group in London that fosters equally independent brands,” he says. “There’s so many people doing things online, not really knowing how to give them a future or how to advertise what they’re doing. So many people have got a great blog or a great arts project online, but they’ve hit the same wall we’ve hit over the last two years as to how to keep that going in six months and how to make that become a success, how to make that into a brand so that you have a financial future.” It’s a brave new world, but Bellville is well on his way to making his place in it.