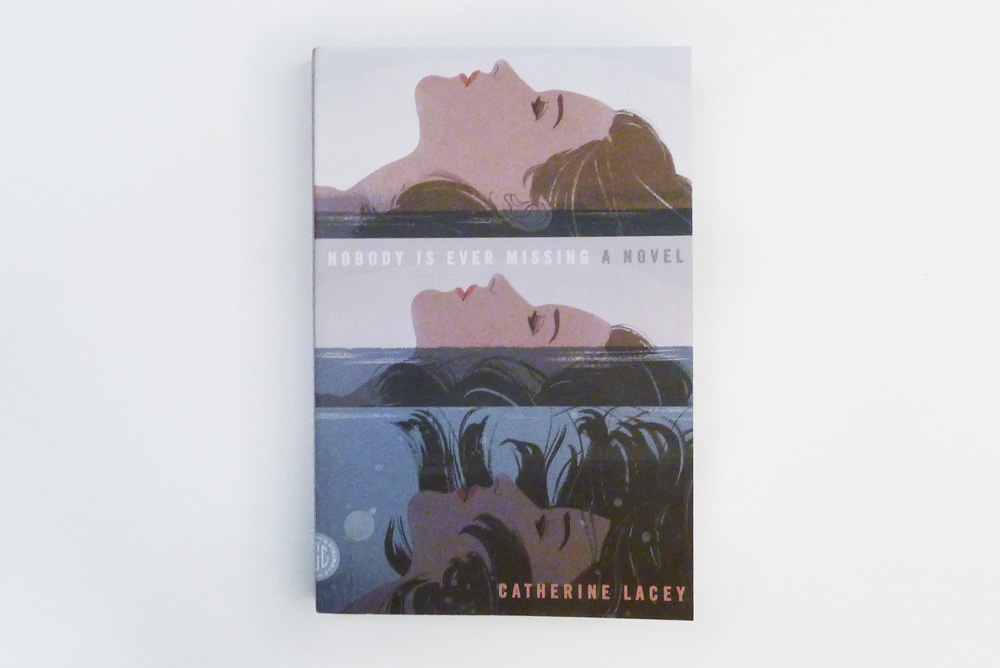 CATHERINE LACEY'S 'NOBODY IS EVER MISSING'

In her daring début, Nobody Is Ever Missing, Catherine Lacey puts into words the secret, unspoken desire so many of us harbor: to just leave your life and responsibilities without any explanation and go do something else. While few of us will ever actually do this, Nobody Is Ever Missing cuts deep and tries to understand why that desire persists.

The novel’s narrator, Elyria, is a 28-year-old soap opera writer who ups and leaves—without telling a soul—her comfortable life on the Upper West Side and her husband, a tenured professor of mathematics at Columbia University, to hitchhike in New Zealand and stay at a farm on a vague invitation from a poet she met once at a reading. The setup of a young woman traveling alone in an unfamiliar place may sound like the beginning of a thriller or horror flick, and Lacey certainly plays on the reader’s expectation of danger. When Elyria gets into “exactly the kind of car they say to avoid” with “a long-haired, bearded driver,” she muses: “This looked like the beginning of a porno or slasher movie and I didn’t want to be slashed or porned, but I did need to get about a hundred miles west of this parking lot and the sun was nearly setting and this car was the only one making an offer and I have always been unable to decline anyone’s offer of almost anything.” No gripping plot drives Lacey’s story, which subverts both the road novel, that staple of the literary old boys’ club, and the journey narrative—there isn’t much of a transformation at the end. Instead, what we have is a young woman’s paranoiac mind in search of something we may call a “self,” or perhaps a complete emptying of that self. “I’d still like, some mornings, to be the thing running far from me instead of sewn inside myself forever,” Elyria says. She spends the novel struggling to understand the “wildebeest” that lives inside her and that “told” her to “leave that perfectly nice apartment and absolutely suitable job and routines and husband who didn’t do anything completely awful.”

What makes Lacey’s novel more powerful and unsettling than the mere ramblings of a privileged white woman going through a quarter-life crisis is its unmistakably subversive tone. Elyria may be irritating and unreliable at times, as most interesting narrators usually are, and her travels may lead her back to the beginning, but she is still defying authority and a society that has pigeonholed her into the roles she has to play. “You’re one of those women who thinks nothing is good enough for you, the entire human existence is not good enough for you and you want something impossible,” Werner, the poet Elyria briefly stays with, tells her. But it’s not that simple.

Elyria is not satisfied with the options available to women because she knows that “nearly a majority of women had been, most likely, abused or assaulted or molested or whatever, and any woman who had not yet been abused or assaulted or molested or whatever should just wait, just give it a day or a year or a week or so because most likely it was going to happen to her.” While Nobody Is Ever Missing has a strong feminist undertow, it explores a variety of shackles that society binds us in: not just the political labels and economic barcodes constantly being stuck on each and every one of us, but also the bonds of love so many of us enter willingly. As Elyria puts it, “to love some is to know that one day you’ll have to watch them break unless you do first and to love someone means you will certainly lose that love to something slow like boredom or festering hate or something fast like a car wreck or a freak accident or flesh-eating bacteria.” While Elyria comes to the conclusion that she “needs to be near people who don’t need” her, she also understands that that is an impossible wish and that loss is inevitable.

Lacey has written a melancholy and very funny novel in a serpentine and supple prose that can take a seemingly cliché phrase like “my husband was a song that I had forgotten the words to” and manipulate it until it is utterly strange. By the end of the journey, the reader is disoriented enough to notice, like Elyria does, “how the earth and everything on it is ever and ever shaking, all the time.”

Nobody Is Ever Missing is out now from Farrar, Straus and Giroux.

Alisa Sniderman is a writer based in New York. Her writing has appeared in Salon, the Los Angeles Review of Books, the Sydney Morning Herald, and elsewhere.