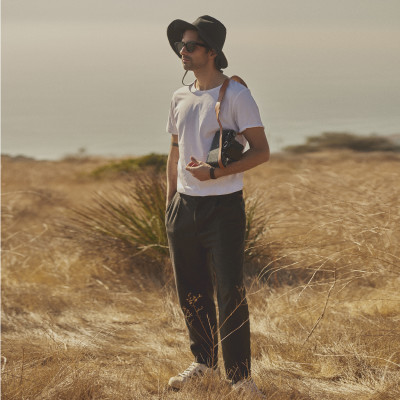 Born in Santiago de Chile, Sebastian Sabal-Bruce started his carer in fashion photography in 2010 after graduating in Fine Arts and Theatre.

Before that, he spent his whole life assisting his father who was a fine art and portrait photographer and getting the necessary sensibility from his mother who was a painter.

Always attracted by including subjects in his work and using the lighting technics he’d learned in theater, Sebastian’s started to flirt with Fashion Photography. A cross-over that would give him a whole new world of possibilities and freedom to express his creativity.

His photography is directly influenced by cinema, viewing the models
as characters ,adding emotion and strength to beauty.

In 2015 and after several years working between Paris, Milan and Barcelona, Sebastian decided to move to New York were is currently based.