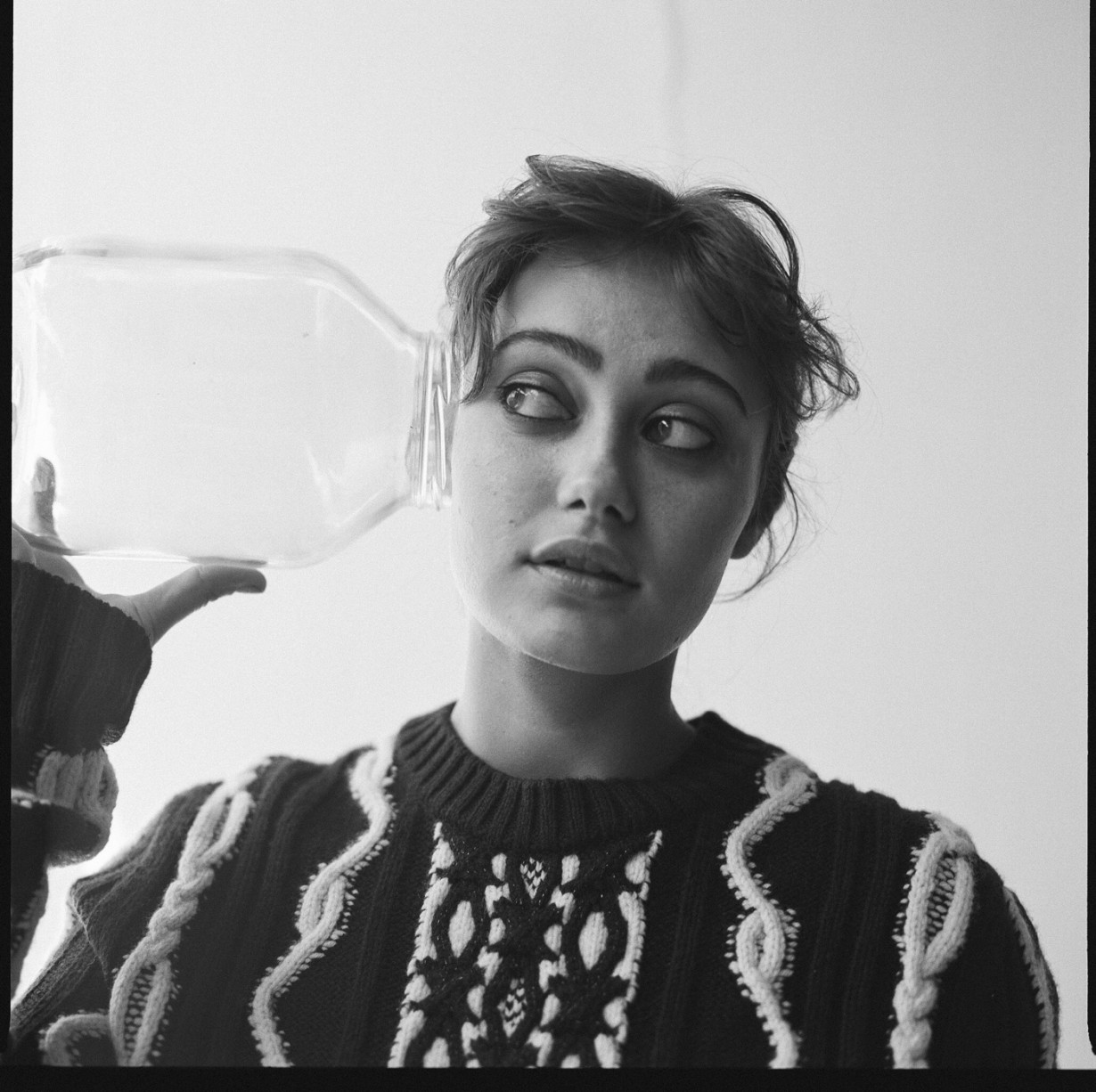 ELLA PURNELL GROWS UP IN 'SWEETBITTER'

After early roles as a child in films like Never Let Me Go and Miss Peregrine’s Home for Peculiar Children, Ella Purnell is ready to turn her acting, once considered just a hobby, into a full-fledged career. For her, this move comes in the form of the lead role in the new Starz series Sweetbitter, a New York-centric show that fills the void viewers may have been feeling since the wrapping of Sex and the City or Girls. Tess, an instant heroine, is a character with which many of this city’s imports will be able to closely identify, a young woman who has moved to New York with only a few bags and no clear direction.

The show, which premiered last night, follows the same premise as Stephanie Danler’s best-selling novel, which made a major splash upon its release in 2016. Sweetbitter was inspired by her own experiences working at Union Square Cafe, opening restaurants, and running beverage programs at various New York institutions before pursuing an MFA in creative writing at Parsons. Danler’s Tess is on an unlikely hero’s journey, leaving behind a life in Ohio for the unknowns of New York. She is unapologetically lost, finding herself thrown into training at one of Manhattan’s best restaurants. Through Tess’s eyes, we experience the grit of the food industry, the loneliness of a girl on her own in the city, and 2006 pre-gentrification Williamsburg. It’s a coming-of-age story where the outcome is not a fairytale—but rather shows the vulnerability of real life and the pains of hard work. Dress and hat by Chanel. All jewelry throughout, talent’s own.

Like her character, Purnell is excitable and wide-eyed, relishing this role as one of her first forays into television. Over the phone, the 21-year-old actress has an authentic and humbling energy. “If I’ve learned anything, it’s that you always have to bring flat shoes to a party,” she jokes. She is no stranger to acting, having grown up onstage and onscreen with roles in Maleficent and, more recently, in Churchill and Amazon’s coming Agatha Christie adaptation Ordeal by Innocence. Born and raised in London, she is quick to point out that her family was not in the business. “My mom is a yoga teacher and my dad does something that requires him to wear a suit,” she laughs.

Sweetbitter marks her shift away from being a child actress as well. She is refreshingly modest about her past in acting, despite the major projects she lists on her CV. “I started really paying attention to the roles and looking at acting as more of a career than just a hobby,” says Purnell, also noting the change in the roles that have come into her inbox of late—older, sexualized, and more adult. Sweater by Arela. Jeans by Chanel.

On top of the bustle of the food industry, the focal point of Tess’s two key relationships adds to the intrigue of this novel-turned-television show. While Tess has a number of love interests, with bad-boy bartender Jake at the center, the more powerful and in many ways more complex relationship is with the older sommelier Simone. Together, Simone and Jake act as guides to Tess’s introduction to New York. As Tess begins her training, Simone takes the younger woman under her wing, giving her lessons about wine and palates, becoming a mother-like figure and mentor. As the storyline develops, their relationship deepens as Tess is pulled in by Simone’s confidence. Her relationship with Jake is much more physical. He is detached and emotionless, and she is drawn to his cool exterior and the pain she senses underneath. Jake brings the attraction and human instinct while Simone stimulates her mind. Tess finds herself in the middle of this dynamic as she explores her first year in New York. Purnell puts it perfectly: “Simone represents the mind and Jake is the body.” She continues, “All the characters represent different parts of the city—Simone is the glamorous, beautiful, vibrant side and Jake is the rough, gritty, stinky part. He’s got the edge and she has the curves. They kind of complete each other.” As Tess takes these first steps into her new life, Purnell herself is also discovering a new identity. The actress, who moved to New York City for the first time for filming, deeply connects to the unknowns in Tess’s life and the idea of relocating somewhere new with no idea what to expect. “I suppose I was living the same life as Tess,” she recalls. “I was genuinely overwhelmed.” Luckily for her, she had the guidance of fellow actors Caitlin FitzGerald, who plays Simone, and Tom Sturridge, who plays Jake. “In 2006, I was playing on a Tamagotchi and doing horseback lessons,” laughs Purnell. “I turned to Caitlin. She was twenty-one in 2006 and had just moved to the city.”

To Purnell, her relationship with author Danler parallels Simone’s mentorship of Tess. “I felt so much pressure to do [this role] justice because the book is so loved,” she says. “Steph said TV Tess should be a cousin or sister to book Tess and that took the pressure off and I could be creative.” While this was Danler’s first time on set, she excels in pulling her characters from the novel’s pages—all the feelings of the sensation of taste, the power of relationships, and the lure of sensuality are not lost. For the adaptation, she boasts writing and executive producer credits and worked closely with the actors on their characterizations. “One of the things I loved about having Stephanie involved in the show is that I knew it would be a good environment,” Purnell says, “and it wasn’t going to lose its voice from the book.” With the show’s release during the #MeToo era and as the restaurant industry has been pulled apart by a number of scandals, the current climate looms over Sweetbitter, a tale which in part recounts a young woman’s sexual awakening in a now-notorious field. However, the book and TV show broach the discussion in unobvious and unexpected ways by focusing on reflecting an authentic experience. “It accurately portrays real life and in 2006, we weren’t talking about it in the same way we are now,” explains Purnell. “It’s a show about a woman written by a woman.” Even without confronting the topic directly, Sweetbitter is recognizably feminist in this sense—the male characters are objectified and the central relationship is a highly complicated female friendship. “It is open and honest and I’m attracted to the intense female relationship,” Purnell adds. “We’ve only scratched the surface of where we can go with it.”

When it comes to the future, Purnell is taking things one step at a time, “For 2018, my only goal is to pass my driver’s test,” she says. “I don’t even know what I’m doing for dinner, but I want to be as creative and full in my life as possible.”

Sweetbitter continues on Sundays on Starz. Sweater by Arela. Jeans by Chanel.