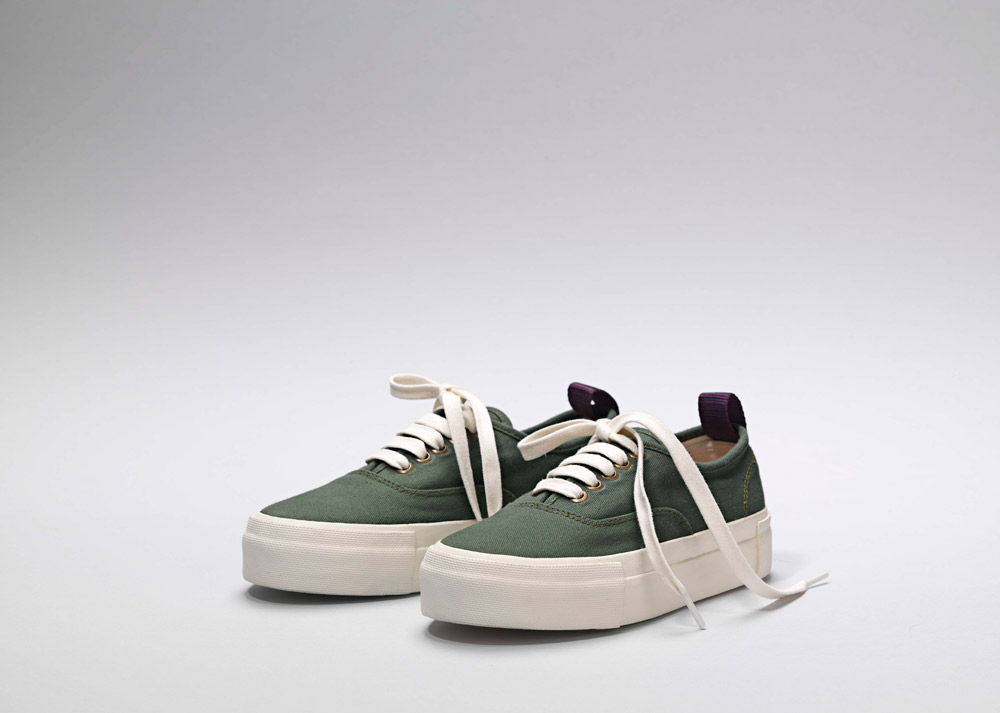 So far, EYTYS, available at select retailers worldwide for Spring 2013, has only one style: a simple, sturdy, unisex sneaker, a hybrid between a classic Keds shape and a boat shoe. “We want EYTYS to be an inclusive brand,” stresses the team. “It’s all about social individuality. If you’re interested in what we’re doing, we want you to feel welcome.” While the brand is based on the utilitarian, “gritty” shoe of a specific generation, EYTYS is targeted at anyone and everyone who wants to wear their product, regardless of gender, race, age, or nationality.

Beyond their intent to create the “perfect sneaker,” Schiller and Hirschfeld sought to bring together and highlight people they admire. The longtime friends behind the brand seek to set an example for the fashion industry to become more inclusive in general. Perhaps this desire to let outsiders in is partially due to the circumstances of their particular friendship: the two first met outside of a party in Stockholm to which neither could get in. Schiller was, at thirteen, too young, and Hirschfeld, a full year older, “perhaps showed signs of alcohol consumption.” Luckily for those who have been searching for an updated take on the everyday, comfortable, fashionable sneaker, the then-adolescents became friends over Big Macs that night. And though they parted ways after their first business venture—designing and selling clothing with a high-school logo—the two knew they would eventually collaborate again.

As with their philosophy on the EYTYS consumer, when it comes to retailers, EYTYS doesn’t discriminate: Schiller and Hirschfeld wish to sell the sneakers at stores they “like,” be that a trendy, high-end boutique or a casual, local sneaker store. They also value the availability of their shoes on their own website, where they can “easily reach our customers, share inspiration, and promote creative people we like and admire.” One look at the company’s Tumblr page will reveal the varied nature of the inspirations of the banker and the former Acne designer: Eighties music videos, modern art, supermodels, and sandwich shops—“Who is not inspired by Vietnemese sandwich shops?” Schiller laughs. “Best street food in the world!”—are repeated themes on the team’s electronic mood board. “We will never keep our inspiration secret,” says the team. “Anyone and anything that has inspired us should always be credited for it.”

The duo hope to grow their company at an “organic and steady rate,” in order to maintain the highest level of quality and service. Though their focus at the moment is on perfecting their current product, they hope to eventually embark on additional “passion projects” in the future. They see their first shoe as not only a solid, comfortable platform sneaker, but also as a safe, steady platform upon which they can expand. With their open-arms attitude and enthusiasm to share culture from anywhere and everywhere, Mother is an exciting first step for EYTYS.