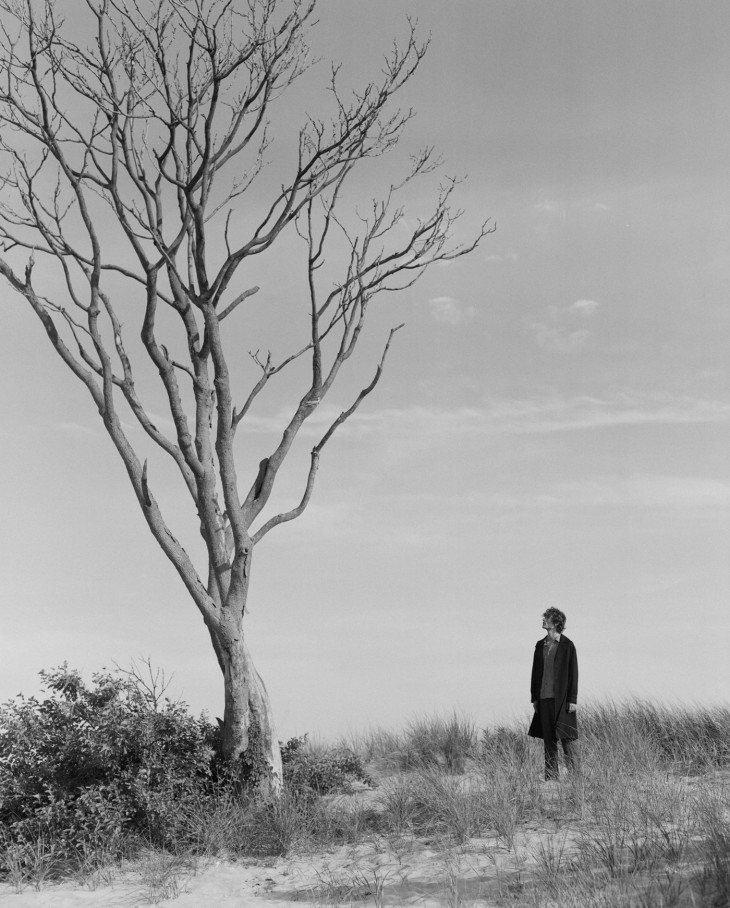 All clothing throughout by Federico Curradi.

“I live in the countryside with four wolves,” explains Federico Curradi. “I love animals and—I’m sorry, I’m kind of weird—I prefer to live sometimes with animals rather than with people.” The Italian menswear designer is describing his life amongst the local fauna just outside of Florence, where, for the past seven months, he has been working nonstop developing his freshly-released namesake line.

Curradi, now forty-one, grew up in the region, and has been designing for the likes of Ermanno Scervino (he was named the head menswear designer there at just twenty-five), Roberto Cavalli, and Dunhill since finishing an apprenticeship with a classic suiting tailor after university. “I didn’t have anything in mind. I never thought I wanted to be a fashion designer,” says Curradi. “I discovered it step by step. It became my love in a way, my big passion.” As it turns out, he had quite a talent for construction and fabric development. After almost twenty years designing for large houses, Curradi developed his own line, which debuted to acclaim at the Fall 2017 shows in Milan in January. This past June at Pitti Uomo in Florence, Curradi showed his second collection: a carefully developed line of relaxed separates in loose, unstructured silhouettes and natural, of-the-earth colors inspired by a vision of a Florentine artisan who plays the ancient game of clacio fiorentino, a more violent version of soccer that originated in the sixteenth century. Picture hand-painted watercolor silk shirts in violet, dust, and sky blue; an ultra-lightweight trench crafted from a custom blend of cashmere wool and silk; and crisp, comfortable sand-shaded slacks with a tie at the waist in place of a belt. The collection is based in Curradi’s love of nature—his motto is “feed the good wolf,” which means to nourish your better half but also nods to his neighbors (“I love wolves. They’re really lucky for me and I really love the connection I have with them,” he says)—and commitment to ecologically sustainable development.

“The collection is a new kind of luxury menswear,” Curradi explains. “I do fabrics all from Florence—and they are made with care to take care of the environment. They’re exclusive, and it’s a little harder for the business for sure. It’s a little bit more expensive, but we try to do good things.” This conscientious approach is starting to pay off. “There are people who love that kind of thing, who are starting to pay attention, because we need to,” he says. “Fashion now is changing a lot from when I started twenty years ago. Everything is changing really fast. Now even luxury is not real luxury. You don’t buy a very beautiful fabric—you buy more a very beautiful Instagram. I want something that people can buy for the rest of their lives. To me, that is modern.”