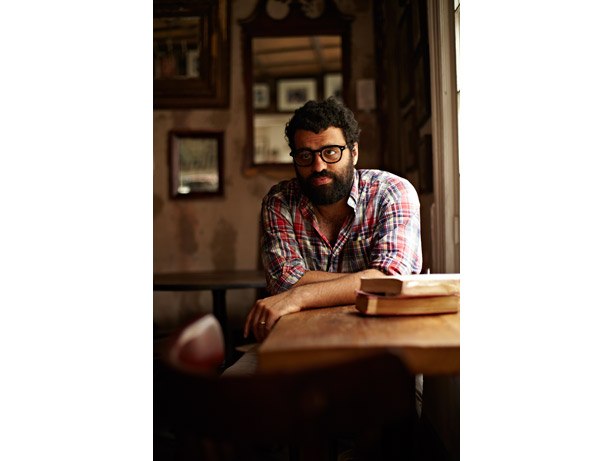 Gabriel Stulman is apologizing. A New York summer is here, dense and unforgiving, and Stulman has taken a momentary break from his daily hopscotch to sit down beside the open-air kitchen of Joseph Leonard, one of his three downtown culinary experiments, now buzzing with employees making adjustments to the antiquated interior. Amid the motion, the only certainties are the heat and the sincerity of his apology for placing me within it.

Somewhat antithetically, the motion is a bit of a relief. Stulman, 30, seems to specialize in and, in turn, be known for comfort and homage, a blessing on this ninety-degree day. Accordingly, since opening the Little Owl nearby in 2006, his trajectory has been steadily upward despite little regard for the New York dining press brigade; his split from that restaurant, in fact, was brought about in part by the impersonal experience of over-popularity. Getting a table now has nothing to do with fame or fortune, a rejection of the clubhouse mood of certain nearby bistros, but early arrival is essential, as Joseph Leonard, the smallest of the bunch, has just seven tables and does not accept reservations. “The main reason I build restaurants is because I like to hang out in them. I enjoy the culture of the restaurants we build,” he says succinctly. “It’s more so the people. Yes, it’s the aesthetic and the environment. But to me, the aesthetic and the environment are products of the people that fill it.”

Once you find a seat at any member of his triad—Joseph Leonard, Jeffrey’s Grocery, or, most recently, the 94-year-old Fedora—it’ll quickly become obvious why it took so long to get inside. Stulman has embraced reinventions of old classics, a trend encapsulated by his interiors, and built three menus out of them. At Joseph Leonard, the shrimp is served with a creamy portion of grits, andouille sausage, and scallions, while the pork hock is both braised and deep-fried, then topped with capers. Across the street, Jeffrey’s Grocery is a mom-and-pop shop with a boho twist, selling imported groceries from the front and dishes like the ambitious Royale Plateau de Mer—oysters, clams, king crab legs, lobster, market crab, shrimp, and crudo—from the back. Fedora, which Stulman was handed by its retired matriarch earlier this year, pairs dishes like pig’s head and roasted hake with drinks like the Sauk County, composed of Rittenhouse Rye, benedictine, Ramazotti Amaro, and house-made orange coffee bitters.

“Rather than me just sitting at the top saying, ‘Hey, this is what we can do,’ it’s more like, ‘What do you guys want to do? What are some dishes that you guys want to see?’ That’s how I create,” Stulman explains. The majority of those pitching the ideas have traveled to him from his alma mater, the University of Wisconsin, and his kitchen and upper management are so unified that his corner of the West Village has been dubbed Little Wisco. Quaint, perhaps, but only to the extent necessary for good business. “We have a lot of people from Wisconsin and from Michigan that work here, and I believe that we can accomplish a lot more together,” he says. On this day in mid-July, with sunlight pouring onto the whitewashed brick walls, the staff shuffling about speak for him, albeit silently, and busily. The seven tables will soon have guests, with chicken liver mousse, steak tartare, and Montauk fluke rolling constantly out of executive chef James McDuffee’s kitchen.

Unapologetically, despite his love for Madison, New York is Stulman’s home, he says, even with his feeling that the legal bureaucracy surrounding construction “definitely weeds out the weak.” Still, the creative process succeeds only with the help of his makeshift family, formed over time after frayed partnerships taught Stulman to take the wheel and invite his friends aboard. Five brief years of separations and grand openings, unmatched pork and quail, and devotion to those staple New York regulars has made Stulman a believer in the organic process of development. With the neighborhood, clientele, and demand preceding each of his new arrivals, be it the stealth opening of Jeffrey’s Grocery or the quickly-praised Fedora remake, he has become a part of the existing culinary framework, and he plans to keep it that way. “I don’t plan on moving,” he says. “No, no, no. I’ve set up roots here, and I intend to stay in New York indefinitely. I don’t build restaurants with an exit plan.” 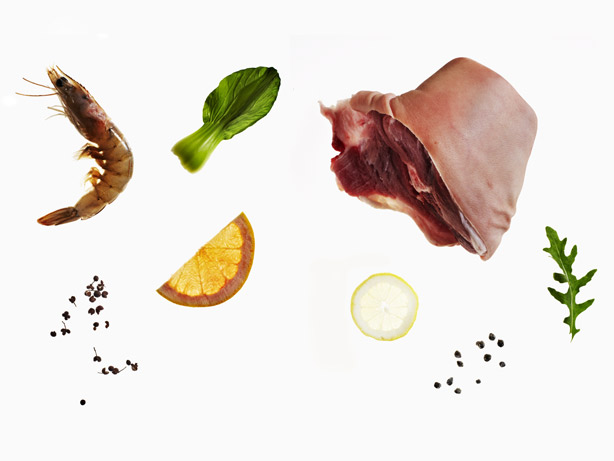