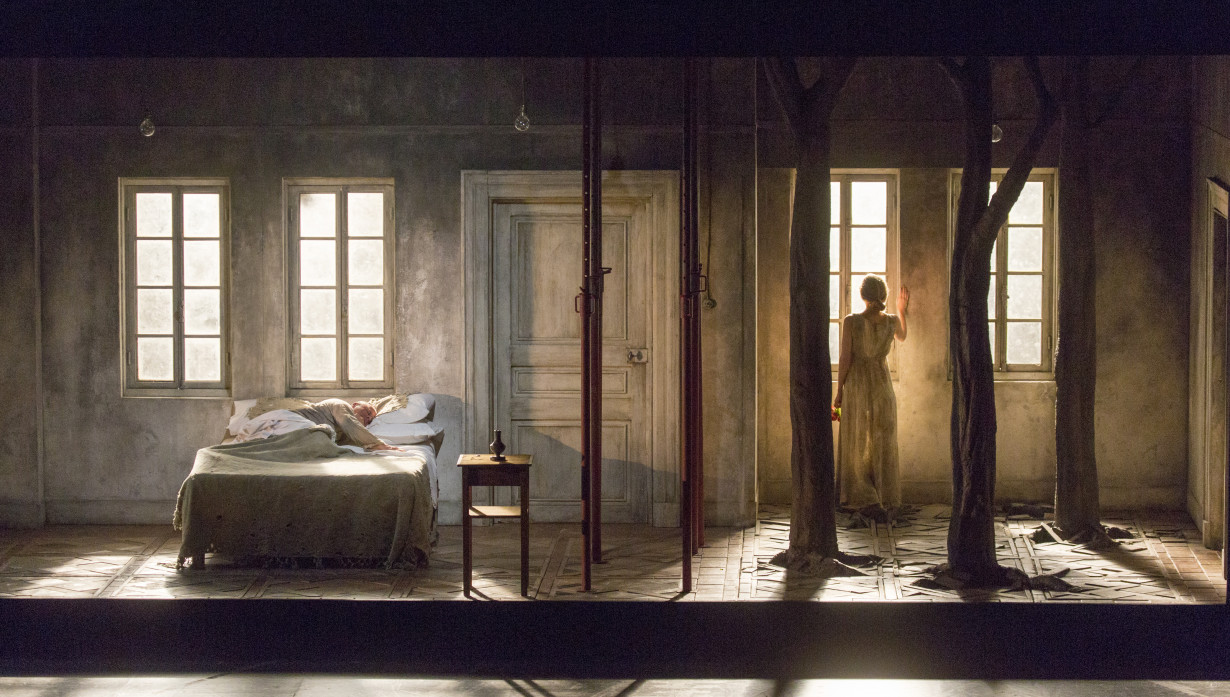 In twelfth-century Provence, a wealthy man, the Protector, invites a young artist, the Boy, into his home and commissions him to create a book illustrating his life story. The Protector has a beautiful wife, Agnès, whom he doesn’t kiss or touch as often as the young woman desires. It doesn’t take long for Agnès and the Boy to fall for each other and consummate their love. Bloodshed and cannibalism ensue.

Inspired by the legend of troubadour Guillaume de Cabestanh, George Benjamin’s enigmatic opera Written on Skin might sound like a lurid tale straight out of Boccaccio’s Decameron, but the libretto was actually written by Martin Crimp, a British playwright famous for his stark view of humanity. Crimp’s sparse and acerbic dialogue (“her eyelashes scrape the pillow…click…click like an insect”) pairs well with Benjamin’s spellbinding music, with its brassy and restless harmonies. Their collaboration is a strange and rapturous work that draws us in with its eerie music and philosophical questions about the place of man in the world and the role of art.

Set during a time when religious sentiment was dominant and art still unambiguously tied to the spiritual, Written on Skin tells the tale of the first presages of humanism. The Protector doesn’t just want a book depicting Paradise and Hell, but his own achievements: his house, his family, his wife, whom he calls his property. Agnès is dissatisfied with the way the Boy paints his women, and she asks him to give her a “real woman” with all her carnal desires. The Boy gives her a picture of herself. She accepts it, but tells him that “love is not a picture; love is an act.” And so they proceed with the act. But realism comes with a price.

This production of Written on Skin, under the able direction of Katie Mitchell, constantly undoes the realism that the characters strive for. The stage is a two-tier box separating the characters of the medieval story from the Angels, dressed in contemporary clothing, who shift across theatrical boundaries. At times, the Angels act as visible stagehands, changing the set, moving the characters around like straw dolls, and even stepping into the supporting roles of the drama. At other times, they seem to act like archivists, restoring and bringing to life a medieval manuscript. The fact that the characters speak in third person also reminds us that we are listening to a story retold and reconstructed. Among the mortals, only the Boy moves freely around the entire stage, intimating that the artist is the link between the sacred and the profane.

Commissioned first by the Aix-en-Provence Festival in 2012, Written on Skin is now playing at Lincoln Center as part of the Mostly Mozart Festival. The tale it tells about humanity is bleak: man and woman are slaves to their desires, their tragedies nonchalantly observed by higher powers. Yet what it says about art is more hopeful. The Boy lifts the story into the realm of art. In their own turn, Benjamin’s music and Crimp’s language give us what Nabokov once called “the secret of durable pigments, prophetic sonnets, the refuge of art.”