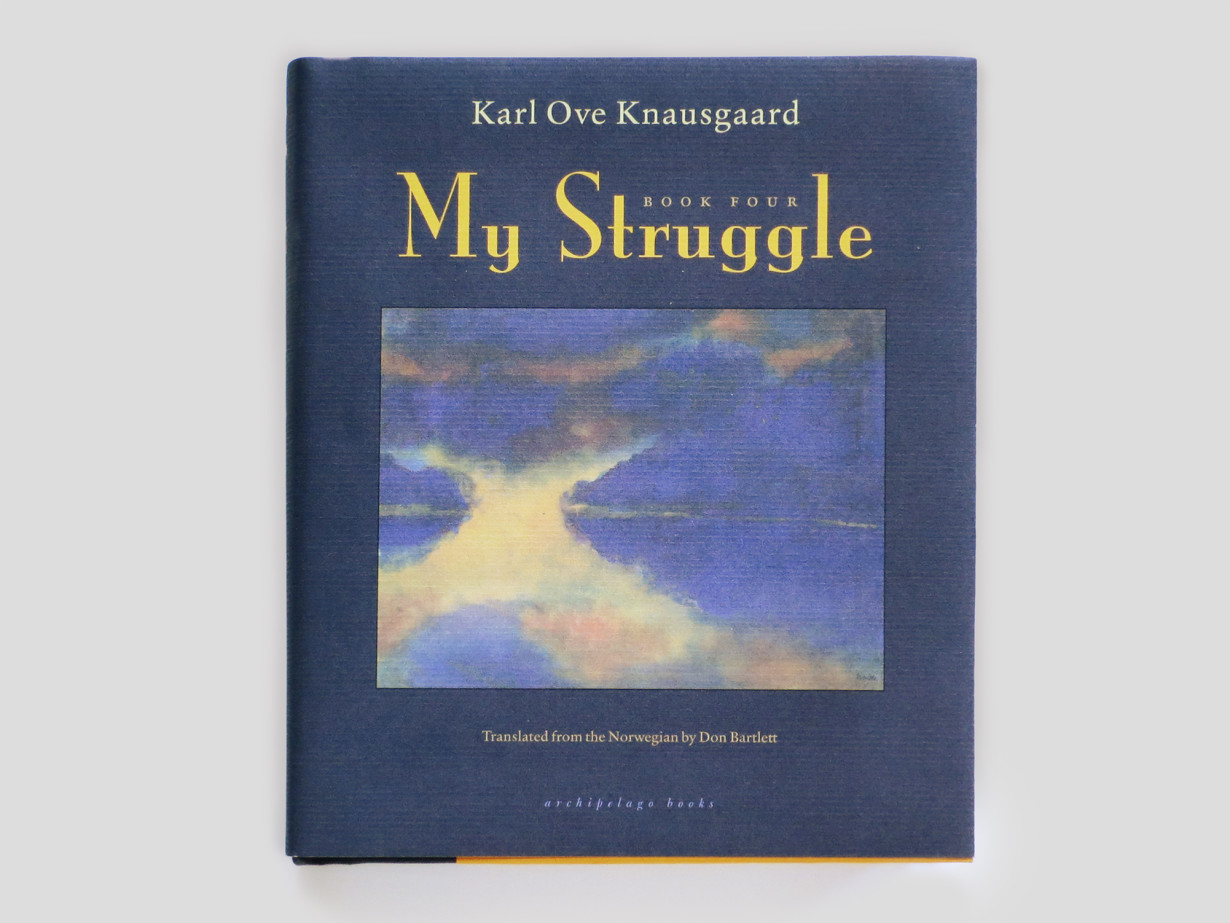 On an early May evening, American poet and novelist Ben Lerner interviewed the Norwegian writer Karl Ove Knausgaard at the Powerhouse Arena in Brooklyn. The occasion for the interview was the launch of book four of Knausgaard’s bestselling memoir My Struggle. What did the two award-winning writers talk about? Failure.

Book four of Knausgaard meticulously detailed and intricate magnum opus follows Karl Ove’s mostly drunken adventures in the northern village of Håfjord where he spends a year teaching secondary school when he himself is only eighteen. There is a two-hundred-page flashback to Karl Ove’s teenage years when he grapples with his parents’ divorce and his father’s second marriage. The theme of failure runs through this volume and comes in different forms. Karl Ove struggles to make friends (he’s shy), to become a writer (he has a hard time finding a voice), and to lose his virginity (he suffers from premature ejaculation).

“Would you say failure is one of the main themes of the book?” Lerner asked Knausgaard, who, after surveying the auditorium chock-full of literati, said, “Well, on a night like this, I have doubts about that.” The audience laughed and cheered. Lerner then asked Knausgaard if he ever felt uneasy about his worldwide success, given that one of the supposed marks of the true artist is to be misunderstood by his or her contemporaries. Knausgaard responded that, on the contrary, he feels moved when readers tell him that they strongly identify with something or other from his books. Indeed, in book four, Knausgaard traces in vivid and poignant detail the trials and tribulations of teenagedom, that painful threshold between childhood and adulthood. But it’s not all about pain and failure. In hindsight, Knausgaard sees the tender age as one brimming with the kind of intensity that fades away later in life:

Oh, this is the song about the young man who loves a young woman. Has he the right to use such a word as “love”? He knows nothing about life, he knows nothing about her, he knows nothing about himself. All he knows is that he never felt anything with such force and clarity before. Everything hurts, but nothing is as good. Oh, this is the song about being sixteen years old and sitting on a bus and thinking about her, the one, not knowing that feelings will slowly, slowly, weaken and fade, that life, that which is now so vast and so all-embracing, will inexorably dwindle and shrink until it is a manageable entity that doesn’t hurt so much, but nor is it as good.

Only a forty-year-old man could have written that.

Feelings ebb in the daily routine of life; fears thwart love; irony replaces sincerity. The kind of intensity, once available to a sixteen-year-old, seems to find expression only in literature. Lerner mentioned that one of the most remarkable features of My Struggle is the fact that its title—with its unmistakable allusion to Hitler’s autobiographical manifesto—might be the only trace of real irony in all of the six volumes. Lerner, whose quest for sincerity permeates his own remarkable novel 10:04, noted how captivating it is to read Knausgaard’s description of the world through this newly found sense of sincerity. This is not to say that Knausgaard is not at times satirical or funny. He certainly is.

As critic James Wood once mentioned to Knausgaard in an interview for the Paris Review, it takes “literary courage” to take the kinds of risks that Knausgaard does, such as his unapologetic candor, shamelessness, and use of “exclamations that one sees in children’s fiction.” Here’s how Knausgaard describes one of his many failed attempts to have sex with a woman:

… she was so wonderfully soft, I pressed against her, as hard as I’d ever done before, I rubbed against her, and then, oh no, for Christ’s sake, it can’t be true, not now! Not now! But it was. A jerk, a spasm, and it was all over.

While sexual failure might impede young Karl’s relationships with women, literary failure, on the contrary, seems to galvanize him. When his older brother, Yngve, doubts anyone will ever publish Karl’s work, his interior monologue begs to differ:

If not, I might as well end it all.

This, of course, is the voice of a brazen eighteen-year-old who knows nothing of life. Yet, perhaps, that’s what it takes to shake up contemporary literature—to rediscover one’s inner rebellious teenager who’s unafraid to take risks or say what one damn pleases.

Book four of My Struggle is out now from Archipelago Books.