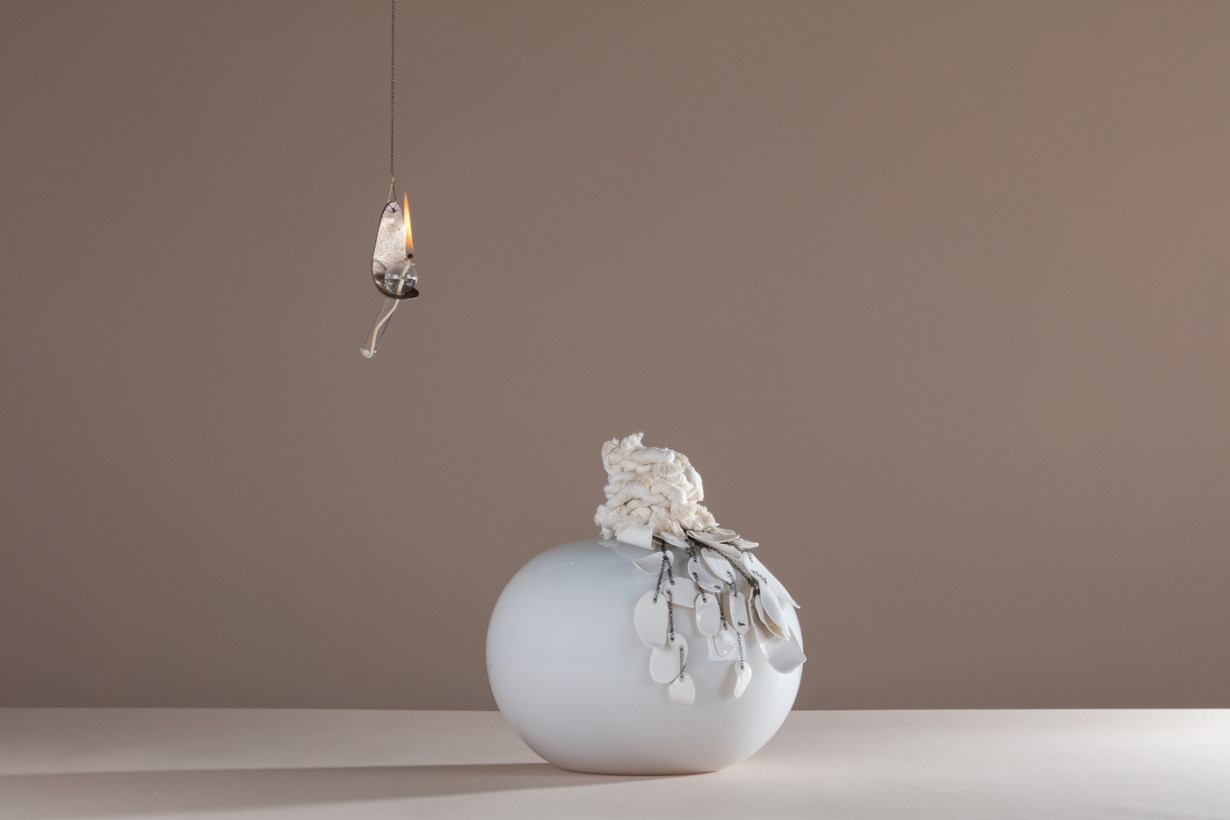 Ten months ago, the designer Lindsey Adelman shared a series of sketches with David Alhadeff, the founder of design hub the Future Perfect and an early supporter of Adelman’s work. They were experiments in new materials and forms—chains and molten glass, Roman latticework, almost-formless oil lamps—that veered sharply from the bright white lights of today into something dreary and dense, almost mythical.

Alhadeff, as Adelman recalls, was swift in his response: “I have no idea what you’re talking about.” And then, “Should we do an opening at my store?”

Less than a year later, Adelman is seated in the Future Perfect, and she’s laughing, relieved—around her, “Ambrosia” is on display. The series, which takes its title from a Greek myth, has blossomed into a collection of one-of-a-kind vessels and oil lamps, the ceramic and molten glass intersected with rope, leather, and gold chains. The room has the feel of a shipwreck: moody, melancholy, dense, and, in some ways, in motion.

As the industry shifts from industrial to highly refined (“clean, shallow discs,” she says), “Ambrosia” is a move aggressively in the opposite direction. You can feel the absence of CAD, of engineers and machinists, and you can trust Adelman when she says the process was almost self-indulgent—largely her alone experimenting with different forms, the material itself changing shape in her hands. “This way of working is so different than what I’ve been doing for the past few years,” she explains. “I wasn’t drawing and handing off, so it’s much more about internal dialogue. I didn’t really need to let anyone else in.”

Adelman’s process reflects the sort of atypical power structure she admires: not power through force, but power through independence. “Ambrosia” bears the name of a mythical nymph, one who drags her male assailant into the underworld, and Adelman sees that in her work. “[With] a lot of my work, I never want it to look masculine, but I want it to have this vibe of I’m not gonna lie down and take it.”