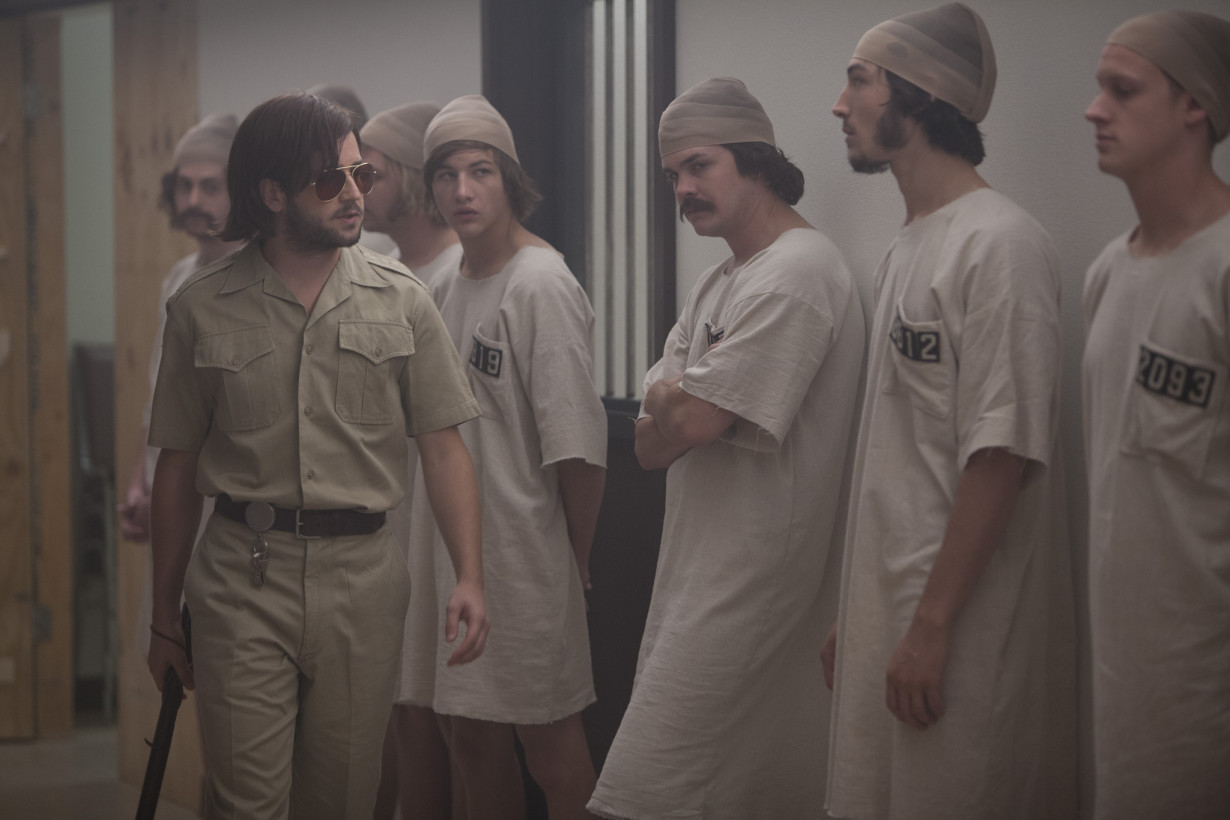 There’s a moment in Kyle Patrick Alvarez’s new film The Stanford Prison Experiment—just as there was in 1971 during the actual Stanford prison experiment—when Dr. Philip Zimbardo asks each of his participants, mostly college-age young men of comfortably middle class backgrounds, whether they would rather play a prisoner or a guard in the prison simulation they are about to enact. They invariably answer that they’d rather play prisoners, often citing the fact that it seems like it would be less work, innocent to the fact that the prisoners will end up being subjected to acute and arduous psychological and physical torment at the hands of the guards in an experiment that famously changed the public’s understanding of the inherent nature of evil within us all after having to be shut down ahead of schedule as the mock guards became increasingly abusive to the mock prisoners.

For Michael Angarano, who gives a sneering, aggressive breakout performance as Christopher Archer, the most passionately and “inventively” sadistic of the guards, in the film, the answer to the question is obvious with hindsight. “Watching what happened in the experiment, obviously I’d want to be a guard,” he laughs knowingly. “But when I first read this script, my initial reaction was that you want to play a prisoner. The prisoners are the underdogs and they’re more accessible. They’re the heroes and the audience’s window into the experiment.”

Even so, Angarano says he was immediately drawn to the character of Archer, who was nicknamed John Wayne by the observing professors for his affected swagger and adopted accent. “When I met with Kyle, I had no idea what role I was meeting him for,” he recalls. “To be honest, I just wanted to be in the movie, so when he was like, ‘Which role did you gravitate towards?’ I was like, ‘All of them.’ But I remember reading this role and thinking, ‘Wow, what an amazing role.’ Even though all the roles in the experiment are really important, you get the one guy who’s actually playing a role within a role and so it reads as really fun.”

Watching The Stanford Prison Experiment, which also stars Billy Crudup as Dr. Zimbardo and Ezra Miller as a particularly rebellious prisoner, it can be hard to believe that most of it is shown exactly as it happened, adding a sense of stranger-than-fiction disconnect. But the film hews closely to the historical transcript, thanks to hours of footage compiled during the actual experiment and taped interviews with the participants afterwards, all of whom expressed shock at the dark turn it quickly took after just hours in the simulated prison. Angarano says he went back to the original tapes for hints to playing Archer, without taking him as a strict blueprint. Physically imposing, the original Archer seemed to take on the alpha role thanks to his sheer size, something Angarano says he wasn’t able to do given his smaller stature. Plus, “I don’t think our accents are completely similar,” he laughs.

There is an undeniably magnetic quality to Archer, a sort of vicious charisma that is as palpable for the film’s viewers as it is for Dr. Zimbardo onscreen as he watches him on closer-circuit television. “There was something fascinating about him,” Angarano says. “They called him John Wayne, but it wasn’t because he imposed himself physically all the time. It’s the nonchalance with which he barked out these orders which makes you despise him all the more. I thought that was a really interesting approach. Where the other guards are very physical, I thought it would have been much more powerful if Archer was actually just the smartest guy in the room at all times and really manipulated them emotionally and mentally.”

The mental dissociation and the speed with which the subjects assumed their assigned roles are mimicked by the film itself as well, which offers little backstory on any of the subjects, allowing us to see them just as vividly as prisoners and guards as they did themselves for those few days of the experiment. With the subjects assigned their roles at random—it comes down to literally the flip of a coin—it quickly becomes clear the the institution of prison itself is a catalyst for cruel behavior, an issue perhaps even more important today in an age of prison overcrowding and over-sentencing than it was back in the Seventies. “As an actor, what’s most important is that these guys were so stripped down individually, and their egos and identities outside of the experiment were completely taken away from them,” Angarano says. “These guys’ personal lives weren’t really that important other than the fact that they were all college kids. These were smart guys with no history of mental illness or criminal records who had no business being in a prison.”

The Stanford Prison Experiment is out now from IFC Films.