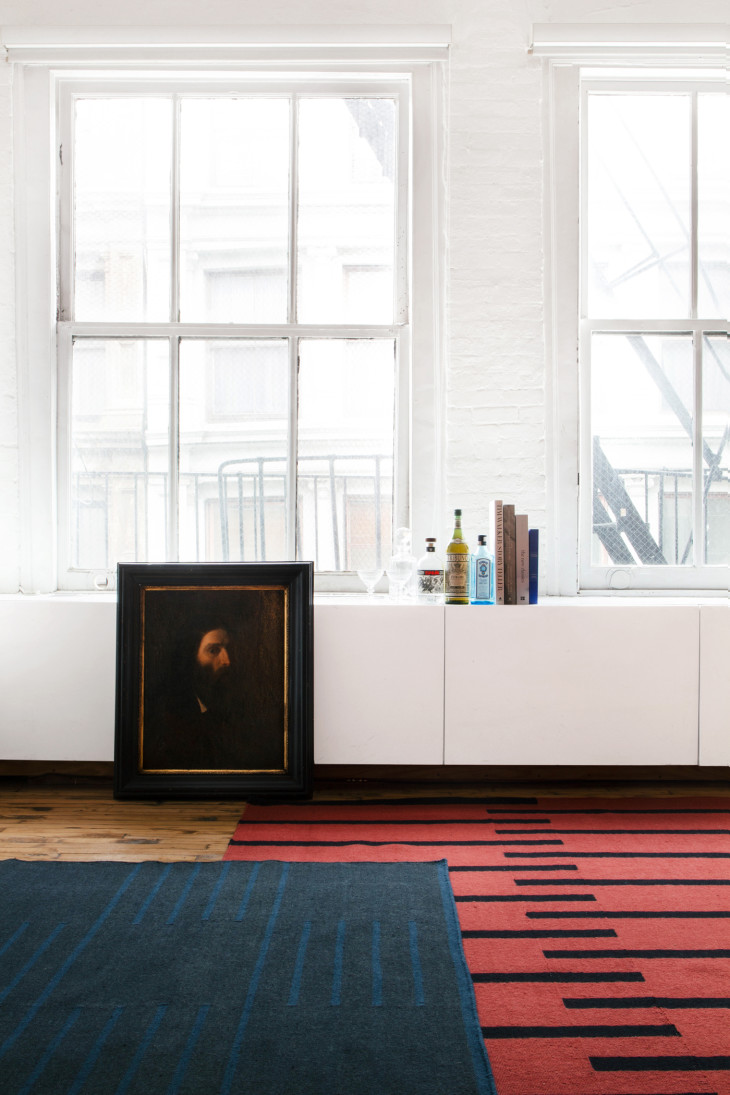 Encompassing Scandinavian design traditions of simplicity and functionality, Nordic Knots offers beautiful handmade rugs that set the foundation for any room. Hailing from Sweden but based in New York City for the past ten years, Fabian Berglund, a creative director at an advertising agency, created the brand with his interior designer wife Liza Laserow and his brother Felix, an entrepreneur living in Sweden, to bring a piece of Stockholm to the States. “Back home, the rug is such an important part of the room,” explains Berglund. “We noticed that our friends in New York don’t really have rugs, maybe because they move around a lot and they’re more transitional. Having lived here for ten years, it’s nice to bring something from where you’re from.”

For the inaugural collection, designs were inspired by old Nordic patterns. “My wife deals in Swedish antiques and is a major part of the inspiration phase,” Berglund says. The palette is reminiscent of the colorful façades of nineteenth-century architecture in Stockholm. “It’s not like Budapest Hotel; it’s way more dusty, muted, and desaturated, and that’s a nice place to start designing,” he says. “Let’s take these colors and create rugs using them.”

The hues used throughout complement each other and can be layered or mixed and matched across the rooms in your home, drawing just the right amount of attention. “For us, it’s important that our rugs enhance the room rather than overshadow,” says Berglund. “It’s the foundation to put all your other objects on. It shouldn’t overpower your furniture.”

Hand-woven and hand-loomed using one hundred percent New Zealand wool, quality is at the core of the rugs, which can also be customized. “We wanted to make something that was both functional and beautiful,” explains Berglund, and Nordic Knots aims to fill the void between low quality and high price in the market. Instead of offering many different options, the focus is on keeping it simple: better designs and better quality at a more affordable price. “That’s a little bit Swedish too, that everyone should have the same thing,” Berglund says. “Everyone should have the right to a good rug.”

Nordic Knots rugs are as at home in Sweden as they are in New York, and as they will be in the next destination. “A lot of people move around these days and it’s nice to have something special to take with you,” Berglund says, describing how the timeless patterns and durable nature of their design lend to this nomadic mindset. “They should last a long time. They stand up to a lot of wear and tear and they get even more beautiful with age.”