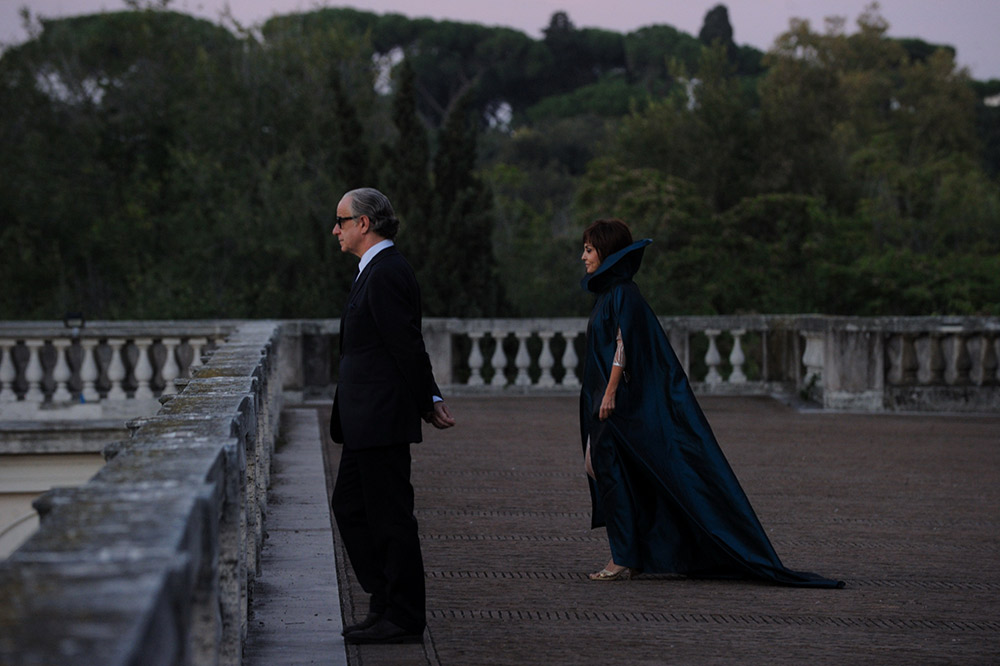 Great movies are visual feasts that capture a time, a place, and an emotion with cutting sincerity. Find out why Paolo Sorrentino’s The Great Beauty won Best Foreign Film at the Oscars this year as we speak to the director about his dazzling, melancholic masterwork.

“The city of echoes, the city of illusions, and the city of yearning” is how the Italian painter and architect Giotto described Rome on the cusp of the Renaissance. Paolo Sorrentino’s lush masterpiece The Great Beauty (La grande bellezza) reveals that the eternal city still confounds and coruscates with contradictions. In Sorrentino’s film, Rome seduces with the promise of a cultured life, full of artistic epiphanies and intellectual exchanges, only to draw one into the vortex of a shallow life spent bantering over a martini. Artistic goals, conga lines, and one-night stands—all the roads lead to nowhere. As one of the characters, a struggling playwright (Carlo Verdone) puts it: “Rome has disappointed me.”

We meet the main protagonist, the self-appointed “king of socialites,” Jep Gambardella (Toni Servillo) at his bacchanal sixty-fifth birthday party. Sorrentino and his cinematographer Luca Bigazzi have shot an unforgettable and pitch-perfect party scene, capturing the pulsating, black heart of Rome’s nightlife. Now a famous journalist, Jep was once an aspiring novelist, but hasn’t written anything since his promising début at the age of twenty-six. Instead, he has spent the last four decades churning out snarky scribbles for a trendy arts-and-culture publication, hosting rooftop parties, and seducing beautiful women. News of the death of his first love jolts Jep into taking stock of his life and he begins a search for the elusive “great beauty” that may once again ignite his creative imagination. His kaleidoscopic journey takes us from Rome’s holy vaults to the city’s seedy underbelly. On the way, we meet a panoply of memorable characters that includes aristocrats-for-hire, a magician, an epicure cardinal, a giraffe, an aging stripper, and a centenarian saint.

Sorrentino has earned the reputation of being one of Italy’s most gifted contemporary filmmakers with features like Il divo (2008), a biopic about politician Giulio Andreotti, and his English-language début about an aging rock star, starring Sean Penn, This Must Be the Place (2011). The Great Beauty, co-written with Umberto Contarello, marks Sorrentino’s most ambitious project to date. Daring in breadth and sensual in its attention to detail, it is a visual feast that is rare in current cinema. Perhaps this is why, since its première at the Cannes Film Festival earlier this year, the film has been compared to the classical chefs-d’oeuvre of Italian cinema. Yet The Great Beauty, like Sorrentino’s portrayal of Rome, is an original vision that stands on its own.

On an October afternoon at the Criterion Collection offices in New York, Sorrentino spoke about his film and his approach to shooting the city that has been so memorably impressed on the silver screen in Fellini’s La dolce vita and Roma, Scola’s La terrazza, and Antonioni’s L’eclisse. While Sorrentino agrees with “everything that Fellini ever said,” when filming the metropolis of Rome, he tried to look at it as though he was “the first one to ever lay eyes on the city.” Like any masterpiece, The Great Beauty is a timely and timeless work of many layers. On one level, it is, as Sorrentino himself admits, a profoundly Italian film, exploring with razor-sharp wit Italy’s decadent decline and the dregs left from the days of Berlusconi—a culture of excess coupled with political inertia. On another level, it is an international work that expresses what the filmmaker calls “the existential fear of wasting one’s life.” On still another level, Sorrentino’s film is a melancholy meditation on the sacred and the profane, which is echoed in the soundtrack that mingles holy music with disco tunes. Rome—where the spiritual co-exists with the smutty—is the perfect setting.

The originality of The Great Beauty lies, however, in its exploration of what the sacred and the profane might mean for the secular age. While Jep’s life as a world-weary intellectualite amounts to almost nothing (he keeps alluding to Flaubert’s desire to “write a novel about nothing”), he nonetheless holds our attention and compassion. Underneath his cynicism lies an artistic sensibility that allows him to discern, even among the squalor of life, what he calls “the haggard, inconstant splashes of beauty.”

According to Sorrentino, for the nonreligious, the profane are simply the things in life that you can easily let go of and forget, while the sacred are the things that stay with you forever, and that, try as you may, you can never forget. Most of the things in Jep’s life, from the superficial friendships to the empty sex, are profane. Yet there is one thing that is sacred to him, the memory of his first love that haunts him throughout the film and that might just give him the strength to write again. Why, of all, this memory? Sorrentino ends on an enigmatic note: “First loves are significant not because they are important as such, but because it is only during your first love that the present and the future are one. This experience of time never repeats itself.” From there on, it seems, all one is left with is to recreate that enchanting moment in art—which is exactly what Jep sets out to do.