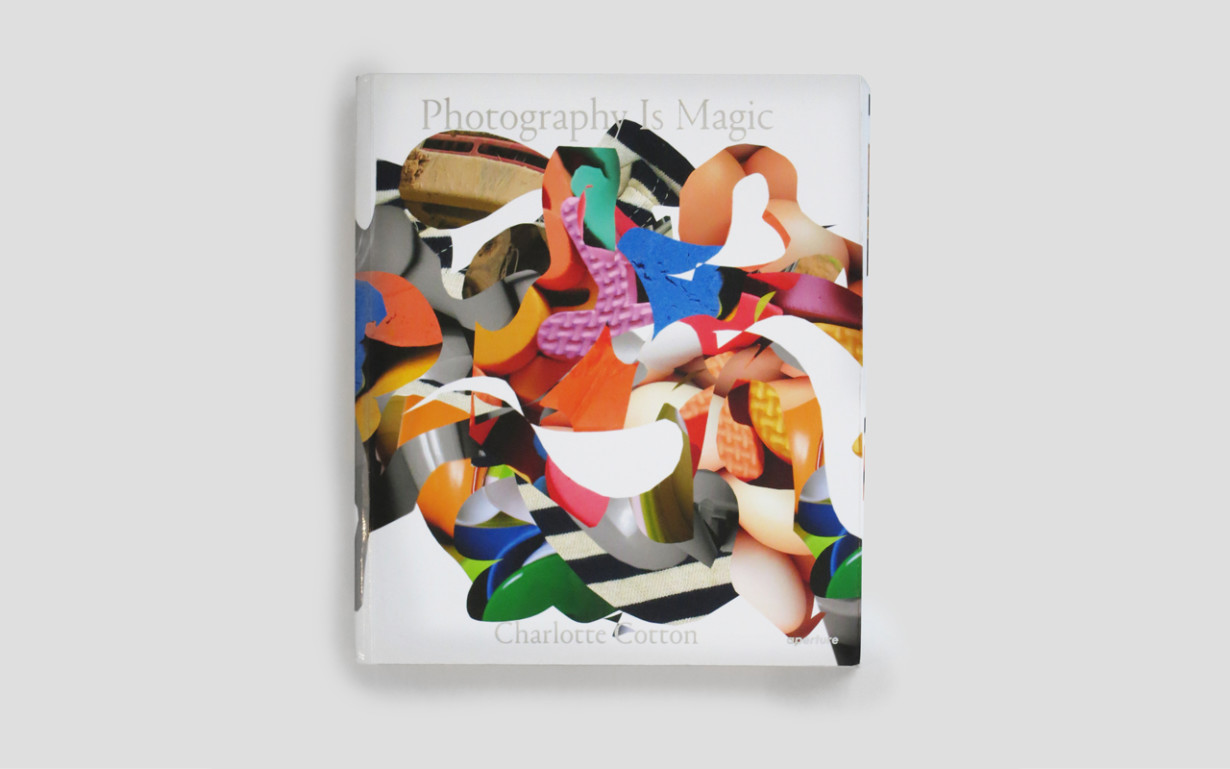 A photograph itself is a kind of magic. In its simplest form, it captures a moment gone and preserves a place and time unchanged on its two-dimensional plane. The mechanics of that alone are an astounding feat, where the goal is the image produced and the subject is clearly framed and readily recognized.

But there’s another kind of magic; a more familiar one that misdirects and plays with points of view and calls on our imagination to question what it is we see. It is the application of that practice to photography in contemporary art that Charlotte Cotton explores in her new book, Photography Is Magic, her second with Aperture. An expert curator of the field for over twenty years at institutions like the Victoria and Albert Museum of London and the Los Angeles County Museum of Art, Cotton selected over eighty artists for the book that she believes to embody the spirit of magic in their work and who lead the conversation about what it means to be an artist or a photographer in our current overburdening image world. “The project is not particularly such a rarified idea of photography,” Cotton says. “I think it’s very much a post-internet position. It’s not about collecting all of these signs and symbols of the big wide world and bringing them back to this rarified world of art and looking at it. These artists have all been operating within the same image environment that we’re all functioning within.”

In surveying the works represented, few made before 2010, it is clear that post-production plays a defining role in each creative process. The image itself is merely a starting point that is distorted and decontextualized and therefore assigned new meaning. “What I do is turn the finished photograph almost back into a scribble,” states artist Florian Maier-Aichen, whose aerial landscapes featured in the book incorporate handmade details to offset their sense of perspective. “Usually a photograph is very finished, precise, and rigorous. It’s an end product. But I like to use the end product and turn it into an unfinished state again.”

The images become objects, components to the end product finally realized, which is often abstract and at times has acquired a third dimension. Photos are photographed and additional photos are taken of those. Joshua Kolbo’s large-scale prints are layered both digitally and physically as they drape and curl upon each other to form sculpture. “Perhaps more can be construed from a series of cascading images than from a finite view of a single image,” he says. Both digital and analog methods are used to disorient the viewer and destabilize his vantage point; the line between what is actual and what is manufactured becomes blurred. Selections shown from the series “Flatness, Light, Black & White” by Annie MacDonell are perhaps the best example. Her images invoke the convention of traditional photography with documentary-style photographs taken at a barbershop in classic black-and-white tones. But the focus is not on the scene or the setting, but the ways in which, in the digital age, the images can be flattened, compressed, and made transparent. The result looks almost like block prints or highly precise drawings where the outlines of what can still be seen as rooms have been filled in with her layers, their foundations still maintained. What was originally there still exists, only reconfigured in a new form.

But as with any magic trick, the performance is meaningless without an audience to interpret or imagine its meaning. Through social media, that audience for artists has never been more directly accessible, although the abundance of imagery that exists as a result of the iPhone limits the attention that’s given. Cotton observes that, “Artists are very focused on the attention that the viewer can give and are thinking very much about how to complicate the viewing experience. When you look at the work, you intrinsically know that something is off, something is different about this, something is demanding more than a second of your attention. And that’s not a disingenuous trick; that’s actually making you very, very conscious of the act of looking.” And while we look more closely, a question is raised about what it is we should hope to see for photography and its future, especially when the institutions that would normally determine that for us, such as museums and their curators, can be so easily bypassed, as Cotton readily admits. In an artist-led world, it may be up to them to define it.

Charlie White, an artist who has exhibited his work internationally for sixteen years, put it poignantly: “While the photograph was once a way in which some people communicated, it is now the way in which almost everyone communicates. This shift is not as simple as saying, ‘Everyone is now a photographer.’ A more nuanced truth is that now even fewer people are photographers; now that the language of image making has become ubiquitous, its form as art is all the more in question. But perhaps photography as we have known it since the mid-twentieth century should end in this way, not because it has nowhere to go, but because it must be forced to go outside this ever-widening mainstream production and consumption.”

Perhaps the ultimate magic is taking convention and making it disappear.

Photography Is Magic is out now from Aperture.