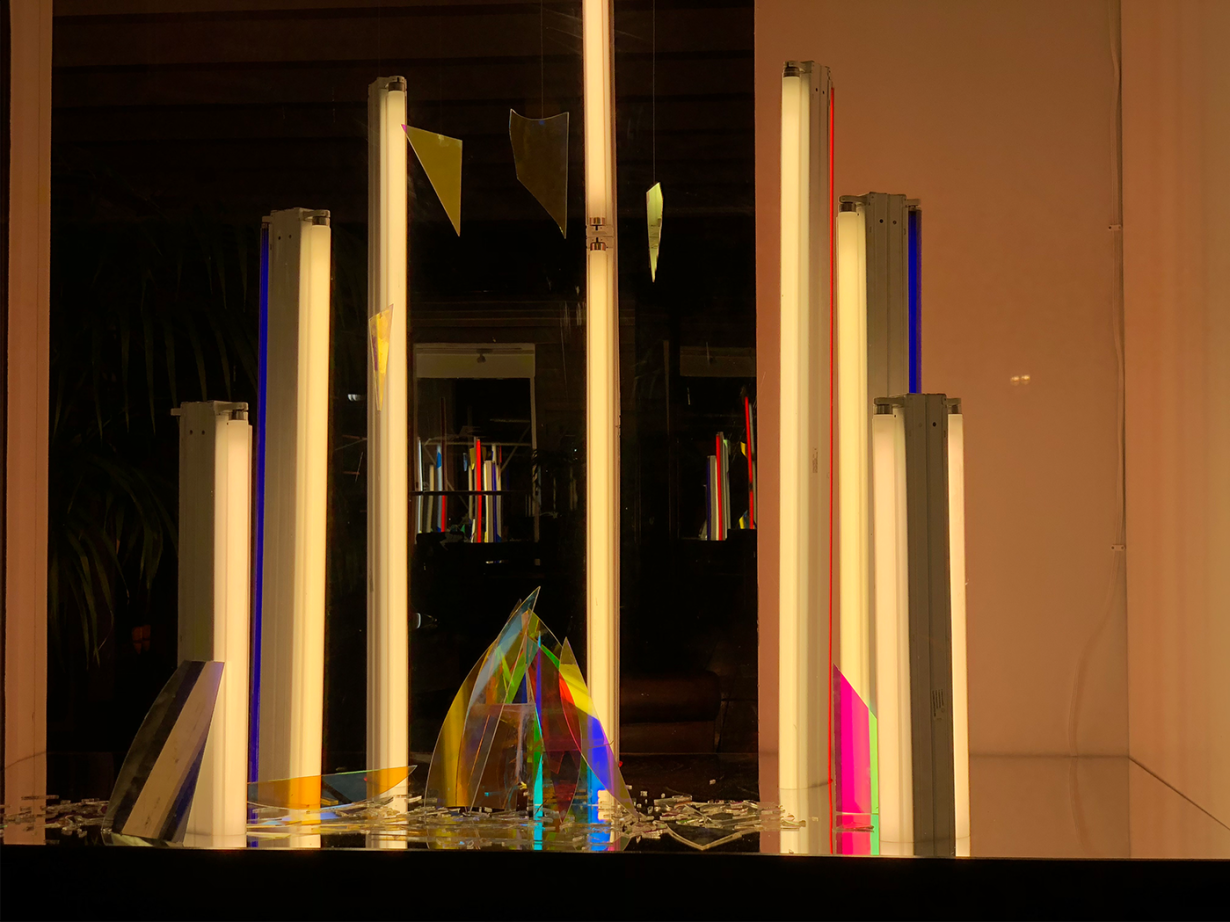 Once a major landmark in New York’s jazz and Bohemian movements, Bleecker Street is emblematic in downtown Manhattan’s identity—which is exactly what the mall developer Brookfield and Skylight wanted to celebrate in their new venture. After acquiring a collection of Bleecker Street storefronts earlier this year, Brookfield sought to help reinvigorate the iconic West Village street, which was until recently lined with empty spaces due to rising rents. Through their project Love, Bleecker, the partners hope to re-introduce the thoroughfare to the New York masses with a combination of retail spaces, digital innovations, and art installations.

Chief among these spaces is Prabal Gurung’s first physical flagship store at 367 Bleecker, which features the designer’s namesake wares as well as a bespoke Atelier and a lounge space designed for programming. “Our Bleecker flagship is an extension of what we’re offering on our e-commerce and what we’re talking about on our Instagram and it comes together in a more immersive way,” he explains. “It is a destination for a modern citizen—we’re selling everything from custom embroidered tees (an exclusive at our shop) to sequin dresses, my favorite puffer coat for winter, and our statement hooded sweatshirts.” Gurung moved to New York in the Nineties and later began working on Bleecker for the designer Cynthia Rowley. Since then, he’s watched the city shift and evolve for better and worse. “Over the years, it has been sad to see local restaurants and shops close, enabling bigger corporations to take over so much space due to the rising rents,” he says. “But I think this has also created the opportunity and desire for more local, personal experiences—for brands with a story and a soul to rise.”

Gurung hopes to transcend the traditional retail experience with his space while celebrating the neighborhood in which it resides. The store opened with a light installation by Edward Ross of Eyesight Group inspired by the sunrises and sunsets in Nepal, Gurung’s home country, and the designer is also working with the florist Livia Cetti of The Green Vase to make custom arrangements out of paper inspired by his collections. He also wants the space’s programming to promote civic engagement. On election night earlier this month, for example, he welcomed #MeToo movement founder Tarana Burke and is planning an upcoming event with former Planned Parenthood president Cecile Richards. “We want 367 to be a place for dialogue,” he explains, “for challenging societal norms and for birthing new ideas and actions.”