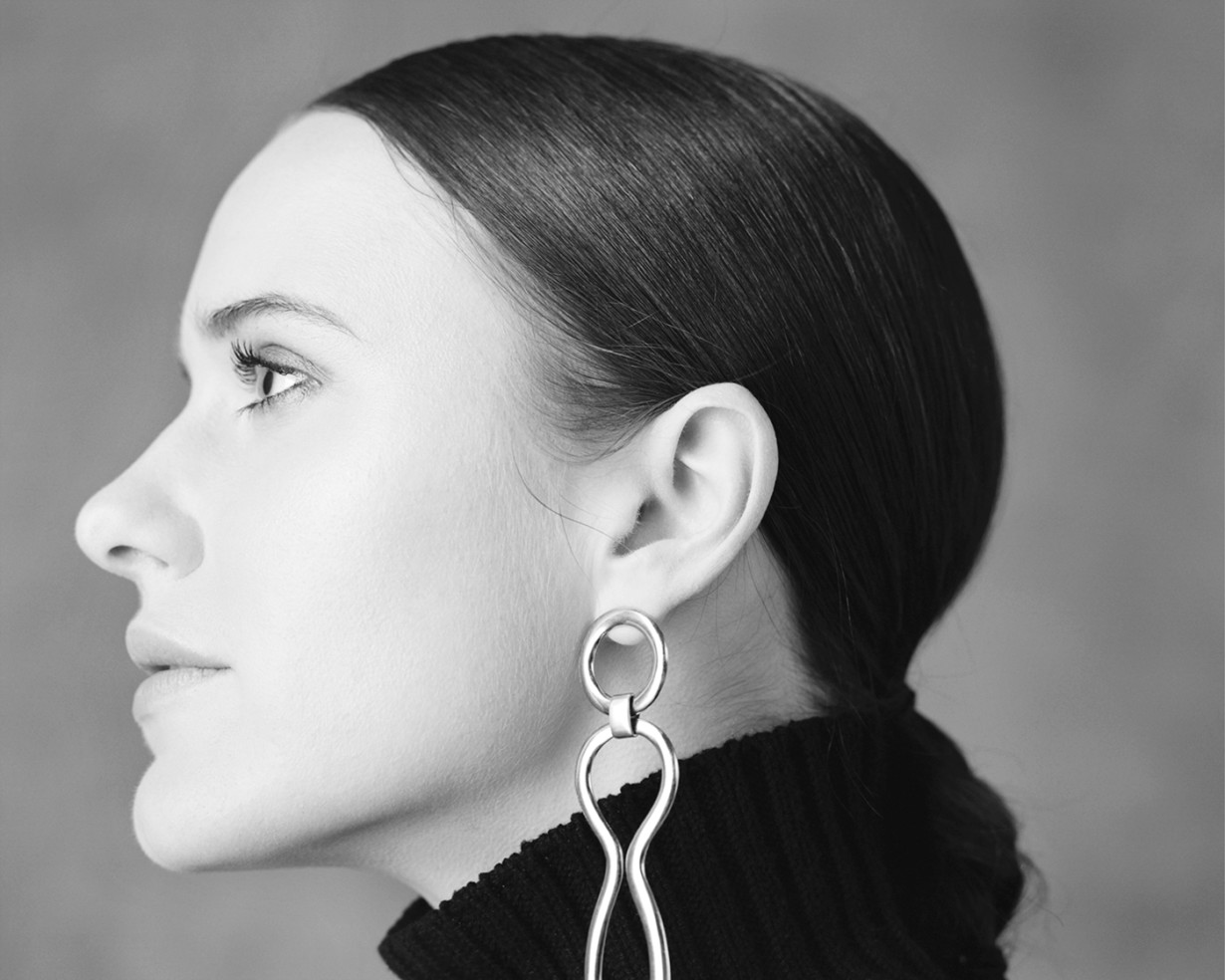 As a shy child, Rachel Brosnahan was an avid reader, allowing her vivid imagination to carry her across different worlds. But it was her deep desire to understand the characters that underlined her proclivity towards acting. “I spent a lot of time thinking about how the characters in the books felt and what they were doing and thinking and feeling when we weren’t reading about them,” she says, “outside of the scenes we were interacting with them in.” It’s fitting, then, that her star-turn role is as Miriam “Midge” Maisel in The Marvelous Mrs. Maisel, a character who explores her own bygone world with an attitude that’s more reflective of our own.

While the show has become an overnight hit for Amazon, netting two Golden Globe nominations (including a Best Actress nod for Brosnahan), the 27-year-old actress’s enthralling on-screen presence can be traced back to House of Cards, where her recurring role as a former prostitute earned her an Emmy nomination following the third season. But Midge Maisel feels like the role she was born to play, and she brings a captivating blend of meticulous grace and acerbic delivery to the role—and that balance is crucial. In the beginning, Midge is the archetypal Fifties housewife, supporting her husband and his after-hours dream of becoming a stand-up comedian. When he abruptly decides to leave her, overturning her idyllic life, the only solace she’s able to find is on stage performing comedy herself.

With a rich cast of characters to share scenes with, Midge’s stand-up is only a part of the show, offering stream-of-consciousness relief as much for viewers as for the character following the rollercoaster moments in her life. “The thing about this role, and the gift that comes with it, is Midge is a funny woman, who is not a stand-up when we meet her,” Brosnahan explains. “She’s a woman who has a really sharp sense of humor and a unique worldview and is driven by anger and pain. The first time she gets up on a stage, her whole life has fallen apart.” Coat by Burberry. Rings by Catbird.

There was a lot for Brosnahan to draw from in order to deliver an electric comedic performance, and she immediately sees the parallel between her background in theater and that of a comedian. “I still have really terrible stage fright, but I love it,” she admits. “I don’t know why I do it to myself. It’s horrifying and it’s difficult, but immensely satisfying. In some ways, it’s like a drug I can’t get enough of. It’s addictive. It’s that thing that’s impossible to quite put your finger on. And I think a lot of comedians, they’re completely tortured by it, they’re tortured every single minute of it, but they have to keep doing it. It’s a calling in some way.” She even has a friendship with one in New York comic Jasmine Pierce, whom she watched make the journey from basement clubs to writing for The Tonight Show. “I listened to her talk about how different audiences reacted to the same material,” Brosnahan recalls. “That was something that stuck with me as I was preparing for this role, that I watched her do the same set in front of two different audiences and depending on where you are and what day it is and what the weather is outside and what somebody ate for lunch, they have completely different reactions.”

The undertone to the positive reception of The Marvelous Mrs. Maisel is that it’s timely, but not just because it’s a female-driven show (from Gilmore Girls creator Amy Sherman-Palladino) about a profession notoriously arduous for women. The show provides an insight into attitudes our culture was built on, but naturally balances that with enough personality to amplify its relevance to the current dialogue. “It’s equal parts fantasy and reality,” Brosnahan explains. “Midge is somebody who thrives on performing ‘woman.’ The gender performance of the Fifties is something that, as a modern audience, we may watch and feel like it would be a burden, but for her, it’s something that gives her sense of purpose and brings her a lot of joy.” Midge was never going to possess all of the values of modern women, but what she does is challenge the definitions and expectations she’s suddenly confronted with, and her ability to do so is what has resonated with viewers. “People talk about this show a lot in terms of her breaking free of these chains, and that doesn’t feel quite right to me. She is living all of her dreams when we meet her. And it’s not until everything crashes down that her picture-perfect world crumbles and she’s forced to look at the world in a new way.” “What you should learn watching this show is that we’ve come a long way and we’ve also not come very far,” Brosnahan says solemnly. “So many of the battles Midge fights on the show are battles women are still fighting for today: to be taken seriously, to be appreciated for their ambition, to not have to apologize for who they are and what they want, to have choice and agency. Those are all things that as a modern woman I recognize, and as a modern audience I think you should feel infused in this show.” Brosnahan has been a vocal advocate not just for women, but for all underrepresented groups, and she articulately discusses these issues especially where it’s closest to her. “Television has always been slightly ahead of film,” she says. “There are more different kinds of women on television, in all senses—different ages, from different backgrounds, different colors, different socioeconomic status—and film still has quite a ways to go. But so does television. There are so many more women’s stories that need and deserve to be told and so many women who have stories to tell.”

But like most people, Brosnahan is still understanding how to navigate her social consciousness in a difficult reality. “In our history, we’ve always gone through periods of extreme polarization,” she says, “and we’re reaching another one of those points, where we have to figure out how to use our voices collectively, productively. But there are more questions than there are answers at this moment in time. How do you do that?”

At least, for now, Midge can serve as a release for Brosnahan, and she can only hope those questions will be easier for people to answer by the time the second season begins filming this spring. But until then, perhaps the best thing people can do is take a page out of Midge’s book, because even when you don’t have answers, you still have expression. “Maybe there will be a surge of people taking the stage in the middle of the night of a basement comedy club to vent,” she quips. “Maybe we’d all be better off.”

The Marvelous Mrs. Maisel is available now on Amazon Prime. Rachel Brosnahan Breaks Through as the Marvelous Mrs. Maisel 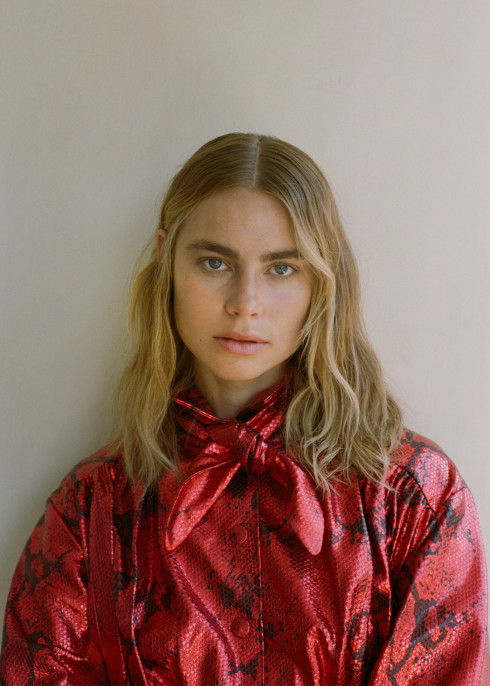