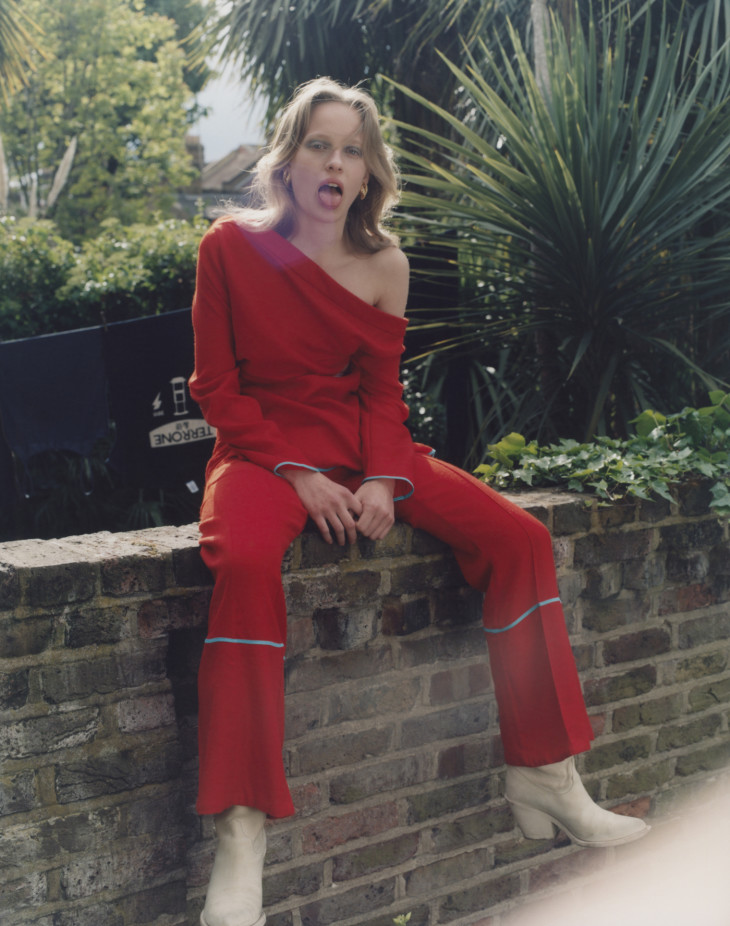 Richard Malone has just returned from India and, unfortunately for him, Britain is not much more temperate. It’s the summer of an ongoing heat wave, when even the winds are warm, leaving pools of sticky sweat and general distress in their wake. And yet, the young designer is still cheery. Coming home from travel is typically restorative, but this was no simple holiday. He’d been there for two weeks, exploring the enchanting cultural landscape while also collaborating with local craftspeople there. It’s a relationship he’s shared for a few years now, since his time studying at Central Saint Martins—where he was first introduced to a guild of weavers from India while collaborating with a denim brand—to the inception and now maturation of his eponymous fashion line.

Raised in Wexford, a tiny farmland town in southwest Ireland, Malone has always been mindful of socioeconomics. He recalls the financial crisis of his home country, a time of creative resourcefulness that is now reflected in his work. The designer finished one particular collection, in fact, with surplus stock from his father’s set of house paints. During his studies in London, this interest in sustainability only grew—”I realized how much fabric we were wasting,” he remembers—boiling over during his time at Louis Vuitton, where Malone worked for a year after graduation after winning LVMH’s Grand Prix scholarship, an award that covers tuition fees as well as design costs. “I was quite lucky to be there, a huge corporate operation in Paris, at the time I was,” he says. “It readjusts your compass of how much you want to make or how you want to make it, and your perception of what fashion is or what luxury is or what design is.” Since then, Malone has quietly been finessing Richard Malone, the collection, a small-batch, highly sculptural, and environmentally-friendly women’s brand, which the designer debuted on the London fashion calendar through Fashion East in September 2015. Shortlisted for the LVMH Prize earlier this year, the line translates Malone’s workwear upbringing into three-dimensional clothing with an extreme focus on cut and silhouette that recalls masters of the past such as Elsa Schiaparelli and Digby Morton. Exaggerated shapes twisted and overblown—have become a staple of his wheelhouse in recent seasons. “You have to see the garments in the flesh, because they look totally different from every angle,” says the designer, who fashions each piece on his own body first. “I’ve never really made anything that will look good just from the front on.”

The designer’s Fall 2017 collection, which features Himalayan yarns and handwoven, naturally-dyed fabrics created by artisans in India, is perhaps his most personal to the body to date. Presented on the runway on dancing models, the supersaturated pieces in brilliant salmons and bright turquoises inject Malone’s theory of functionality with a newfound sense of motion. “We are so overloaded with images that fashion is in some ways losing its meaning and necessity,” says Malone. “It’s important to me to keep up with the craft and make something that makes sense to you, your identity, and where you’re from.”