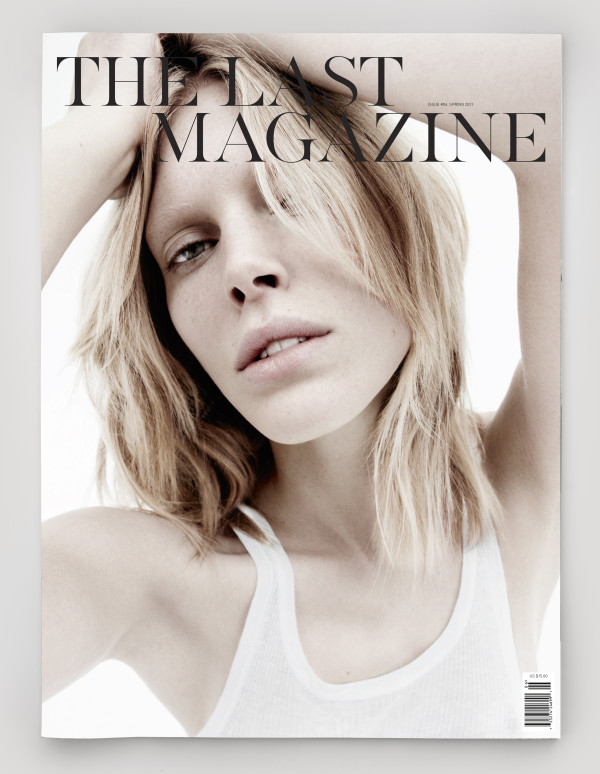 The sixth issue of The Last Magazine showcases Iselin Steiro in a white on white, bare bones spread of basics shot by Daniel Jackson. Features include an interview with documentary filmmaker, Alix Lambert’s on her stark black and white depictions of crime and latest fascination with serial killer Ronald Dominique, chef Nobuyuki Shikanai tells us of his humble beginnings as a dishwasher as well as his love for the Kyoto Fish Market, and electronic rock group Phantogram describes what its like to write dark dance music inspired by isolation in Saratoga Springs. Photos include Dylan Forsberg’s destination less shots through car windows and the romantic musings of Anja and Sasha’s beach polaroid’s.