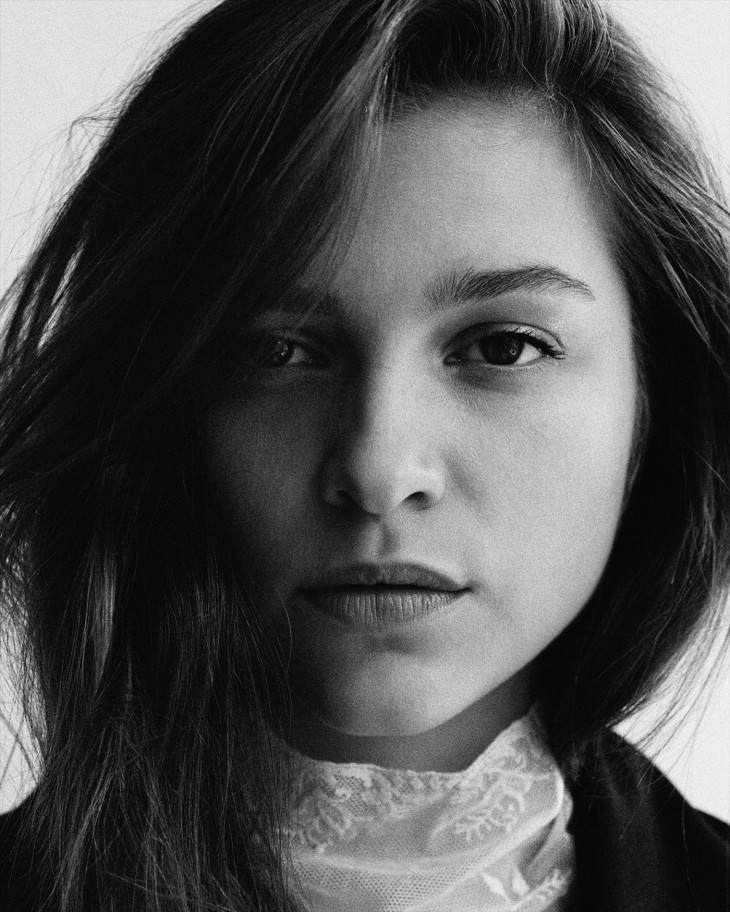 Sophie Cookson is a maverick, a jack-of-all-trades, and, in Gypsy, a girl with no back story. Debuting on Netflix tomorrow, the show finds Cookson playing Sydney, an enigmatic barista who is seemingly haunted by her past, unfriendly and disengaged from the superficial actions of her day-to-day life. We are given just a glimpse of her existence in the first episode as she interacts with Diane, a psychologist in New York around whom the show centers.

A shockingly subtle psychological thriller, Gypsy sets Cookson up as the love interest of Naomi Watts, whose married Diane delves dangerously into the personal lives of her patients, including Sydney’s ex-boyfriend, played by Karl Glusman. From their first encounter, there is a palpable fixation between the two characters, a blatant tension. Sydney appears driven and in control, while Diane is nervous—startled even by her own growing interest.

The role is, Cookson notes, transformative, different, and, in some ways, more challenging than most of those she’s had before, a character who appears to be powered by sensuality and manipulation. “I really had to get into her head, discover her drive, her emotion,” she notes, “even down to the music she likes.” Left: Coat by Simone Rocha. Top by David Koma.
Right: Jacket by Altuzarra. Jeans by 7 For All Mankind. Earrings by Osman. Choker, stylist’s own.

That process of gradual discovery mirrors somewhat our own introduction to Sydney. In the first few episodes, we know so little about her. She’s a barista at a coffee shop-by-day-bar-by-night venue on a seemingly typical New York City street. She’s not unfriendly, but certainly not chatty. She’d be the dark-spirited cool girl, if cool hadn’t become a cliché. Sydney wants you to wonder who she is and what’s behind her eyeliner-rimmed eyes and dark clothes, but she’s not going to tell you when you ask. “She is hardened by something,” Cookson explains. “While she’s driven and highly sexual, she’s also very fragile.” This balance is where the actress thrives, mastering a subtle yet powerful emotion vividly alive within her character, holding onto her words and remaining convinced of their truth. “I didn’t want her to appear evil or unlikeable,” she continues. “In fact, she’s the opposite—she’s intriguing, exciting even.”

Part of Sydney’s attractiveness can be attributed to her budding rock-star persona. Cookson says that during the development of her character, she explored New York’s music scene and spent hours listening to Stevie Nicks and the Velvet Underground, a vital part of Sydney’s makeup that is revealed when Diane first watches her fronting her band in a dingy club. This emotive performance was admittedly a challenge for Cookson, who had never sung on film before despite a musical theater background as a child growing up in England, where she built her formative years as an actress. She joined the National Youth Music Theatre at an age younger than most, and went on to graduate from the Oxford School of Drama, which she calls a decisive experience. “You are at a tiny farm in the middle of nowhere for three years,” she recalls. “It’s strict, but you are meant to let go of your ego and focus on the craft.”

Cookson is humble as she talks about her past, speaking with excitement and a still-very-present curiosity about the characters and stories she has played. “You get to see the world through someone else’s eyes,” Cookson says, noting that she never saw acting as a viable career for herself. But it is clear that others have started to take notice, leading her from being named one of Screen International’s Stars of Tomorrow in 2014 (previous alumni include Benedict Cumberbatch, Carey Mulligan, Andrew Garfield, Felicity Jones, and Tom Sturridge) through roles in the big-budget action films Kingsman and The Huntsman: Winter’s War to, now, scoring a major role across from Oscar-nominee Naomi Watts. “This was a story I had been wanting to get for ages,” notes Cookson of Gypsy. “I was hooked from page one.” The show is in many ways a departure from the previous period and action pieces in which Cookson has taken part, a new form to explore and experience. “It’s a totally different type of shooting. You have to learn to become unconscious of the camera.” But, invigorating as the opportunity has been, she has not left the blockbusters of her earlier career behind. She’ll reprise her role as Roxy Morton alongside Colin Firth and Taron Egerton in Kingsman: The Golden Circle in September, and heads back to the late Renaissance for Emperor later this year opposite Adrian Brody. And, as if balancing fight sequences and psychosexual drama weren’t enough, Cookson also has not written off a possible continuation of her music. “Never say never,” she modestly notes. As for future roles, she hopes to play someone with less direction, a lost soul with reckless abandon and nothing to lose.

Whatever the part, Cookson approaches her characters with vigor and grace, examining each individual mind, learning its thoughts and faults. There is a realness and a rawness present in her work. “To me, it was about finding out the motivating drive of the character,” Cookson explains. “For Sydney, it included a level of darkness beneath.” Clearly having fallen in love with her character nearly as much as Diane has, it’s clear that, for Cookson, Sydney possesses a perspective and an engaging ambiguity that were hard to shake, just like the actress who played her. Left: Top by Preen. Jeans by 7 For All Mankind.
Right: Dress by Boss.