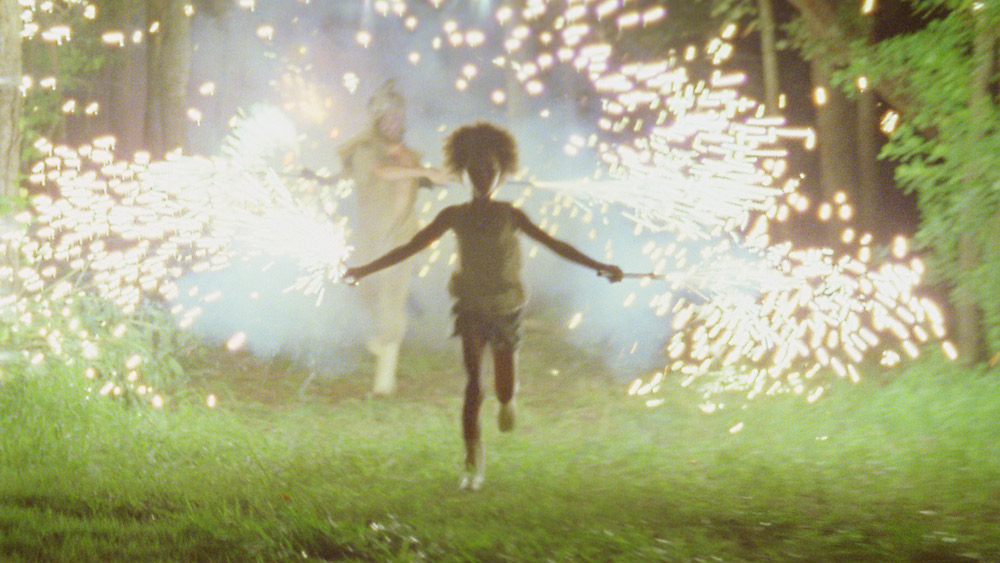 Hellin Kay, a stylist and the editor of Champagne and Heels, went to Sundance and sent us some of her picks of films to watch out for.

Ai Weiwei: Never Sorry, directed by Alison Klayman
A three-year chronicle of the life of subversive Chinese artist Ai Weiwei after he came to prominence for questioning the deaths of over five thousand students via his blog and Twitter. The documentary focuses on both his work and his run-ins with a repressive Chinese government.

2 Days in New York, directed by Julie Delpy
Part two of 2 Days in Paris, Julie Delpy stars in and directed this funny, at-times cringeworthy romp through her family’s visit from Paris (her visiting father is played by Delpy’s real life dad) and subsequent stay with her and her boyfriend, played by Chris Rock.

Marina Abromović: The Artist Is Present, directed by Matthew Akers
Packed with interviews from collaborators, curators, close friends, and lovers, this documentary takes an intense look at one of our most relevant and compelling performance artists alive and working today.

About Face, directed by Timothy Greenfield Sanders
A close-up look into the lives of the century’s most infamous models now in their 40’s, 50’s, 60’s, and beyond. A sometimes dark portrayal of the industry that propelled them to fame and an examination into the lives of supermodels as they used to be defined as well as an explortion of what and who defines beauty.

Beasts of the Southern Wild, directed by Benh Zeitlin
Cast with non-actors, this experimental feature takes on a six-year-old girl’s illness and her relationship with her father and long-lost mother in a southern Delta community. With hints of Where the Wild Things Are, the film is visually rich and rewarding.

The End of Love, directed by Mark Webber
Starring the young actor and his own two-year-old son Isaac, this quiet film follows a young dad with a newly deceased wife through his struggle to come to terms with her death while taking care of his son and chasing after his acting dreams, evading the hard reality of his situation.

Liberal Arts, directed by Josh Radnor
If you went to Bard, Oberlin, Sarah Lawrence, or Reed this is a must-see film that simultaneously pokes fun at and celebrates the ironic role a liberal arts education plays in our lives and its ability to thwart us from actually growing up. Josh Radnor’s 35-year-old character falls for 19-year-old Elizabeth Olsen, who attends his old alma mater, and we watch as he struggles to grow up and out of the habits that are all too familiar to some of us.

Hello I Must Be Going, directed by Todd Louiso
Another exploration of our stunted generation, this time from the female perspective of a 35-year-old divorcée who begins an affair with the 19-year-old son of her father’s potential client. Sexy, funny, and poignant, well-acted and well-written.

The Surrogate, directed by Ben Lewin
Starring John Hawkes as a 38-year-old man saddled with an iron lung and his virginity who hires a sexual surrogate (Helen Hunt) to help him rid himself of at least one of those burdens. Based on the autobiographical writings of journalist and poet Mark O’Brien, the film is subtle and awkward, heartbreaking and touching.

Compliance, directed by Craig Zobel
A gut-wrenchingly difficult film to watch, but that’s what makes it great. A narrative telling of true-life events surrounding a prank caller who harassed fast food employees into strip-searching and eventually sexually assaulting young female employees by posing as a police office on the phone. Infuriatingly dark, the film is a quiet horror story like no other. Starring Ann Dowd and Dreama Walker.

LUV, directed by Sheldon Candis
Starring Common and young newcomer Michael Rainey, Jr., the film follows an eleven-year-old boy and his uncle Vincent, who has just been released from prison after an eight-year stint, through a day in Baltimore. Raw and beautifully done, the film is a harsh look at the familiar Baltimore streets that we all grew to love in The Wire.

Arbitrage, directed by Nicholas Jarecki
A cold, hard look at the Manhattan life of a hedge fund master played by Richard Gere as he struggles to sell his failing business while juggling his long-time wife, played by Susan Sarandon, and lover (Leatitia Casta). A lot of unexpected turns and bloody messes, with tense and morally questionable characters.

Something From Nothing: The Art of Rap, directed by Ice-T and Andy Baybutt
A documentary about the roots of hip hop, full of music, freestyle rhyming, and imagery from Ice-T’s endless references and historical events from one of music’s greatest archives.

Nobody Walks, directed by Ry Russo Young
The sexually charged story of Martine (Olivia Thrilby), a young artist from New York who has come to Silverlake in Los Angeles to complete her short film with the help of Peter (John Krasinski) and his wife (Rosemarie DeWitt). Tense, sexy, and just believable enough to keep you intrigued throughout.

Kid Thing, directed by David and Nathan Zellner
A quirky, edgy, experimental feature using ten-year-old Sydney Aguirre who plays a self-sufficient tomboy on the wrong side of Austin. As she goes about her day causing trouble for lack of anything better to do she stumbles on an elderly woman who has fallen down a hole in the woods. And thus another moral dilemma and adventure begins…Lord of the Flies meets Gummo from a girl’s perspective.

Simon Killer, directed by Antonio Campos
A love affair between a recent college graduate who has just moved to Paris after breaking up with his girlfriend of five years and a prostitute he meets there and falls in love with. Starring Brady Corbet and Mati Dop.