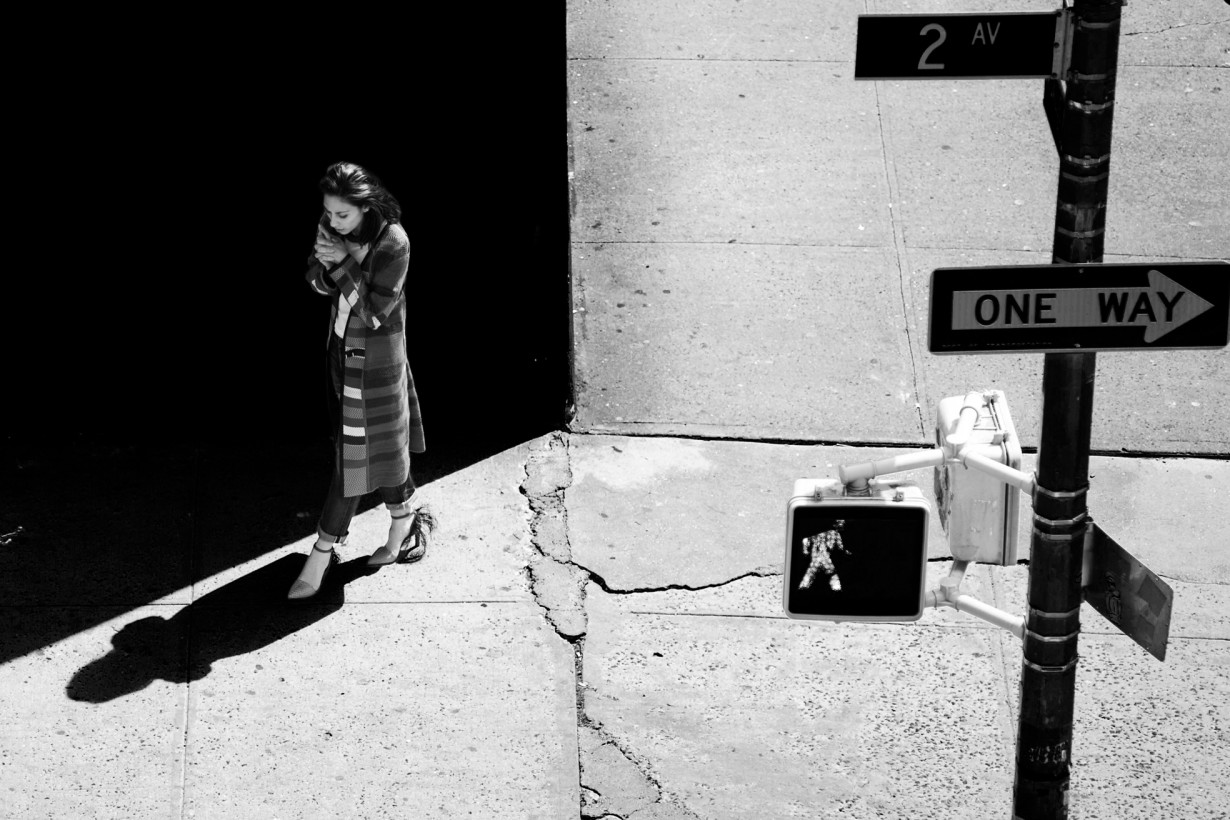 Coat by Hermès. Shirt, shoes, and necklace by Brunello Cucinelli. Jeans by Citizens of Humanity.

Valerie Teicher—the Manhattan-based singer-songwriter who goes by Tei Shi—is shy to define her sound. “No disclaimers,” she suggests over the phone from her place in Chinatown, just days before her new EP, Verde (out on Mermaid Avenue) dropped last week. “Just listen to it.” The artist’s open-ended query—she’s hesitant to even give the descriptor electropop (“for people who really need a definition,” she offered)—is fittingly ambiguous, if not especially forthcoming. After all, Teicher’s music—hazy, ethereal, slowly seductive with its vintage R&B base, a little spacey, intimate, but only beneath the surface—is, or can be, a lot of things.

“Most of the time, I’ll start out with a lyric and just start building and recording and all of my ideas will build out through there,” explains the singer. “For the most part, the songs are pretty true to me and they’re pretty personal and pretty autobiographical.” Coat by DSquared2. Sweatshirt by A.P.C. Skirt by DKNY.

For Tei Shi, this means dreamy, reflective references to broken relationships and transient living. “Bassically” has her begging a lover to stay; in “See Me,” the person on the other side only looks at themselves. “Go Slow” might mean nothing at all. (“Like, I still have no idea what that song really means to me,” she says.)

Tei Shi came to music after years of moving around and considering other options. She was born in Argentina, moved to Colombia, her parent’s birthplace, when she was two, to Vancouver, Canada, at eight, and then back to Bogotá for a year at fifteen. School meant a stint studying psychology in Montreal, followed by the Berklee College of Music—the light bulb moment—in Boston. Sweatshirt by A.P.C. Skirt by DKNY.

“Music was always a huge part of my life and I was always singing since I can remember and writing songs since I was really little,” says the artist. “I performed a lot in my childhood, but it was more in dance and theater—never really my own music. And then it wasn’t until I went to McGill in Montreal and I was studying psychology that I ended up deciding to transfer to music school in Boston—that was kind of when I made the decision.” Coat by Dsquared2. Sweatshirt by A.P.C. Skirt by DKNY.

Tei Shi’s latest output, her second EP following Saudade in the fall of 2013, is a culmination of these years of study and gathering influence. Verde is spacious, hypnotic—and earning comparisons to Björk, FKA Twigs, and SZA. “Life is so kind of like up in the air and weird,” says Tei Shi. “I’m kind of just going day by day. I hope that I can keep doing what I’m doing and building the momentum. Yeah, I think that’s my next big goal—working on the next big body of work and making it something that is amazing to me.”