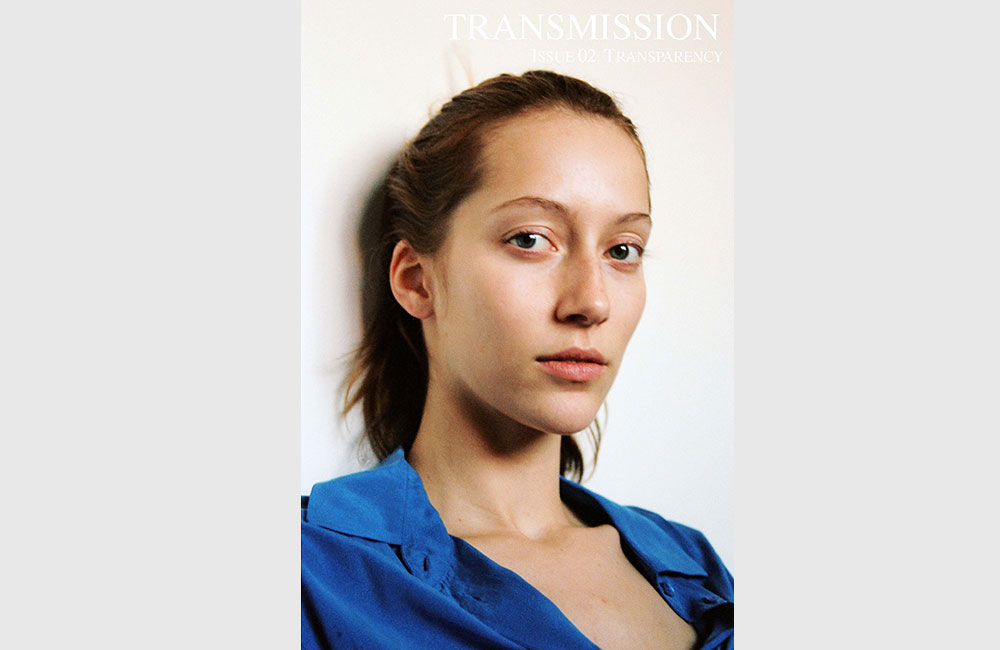 Here at The Last Magazine, we remember what it’s like to be just starting out, so we’re always happy to support our friends when we can. Model-turned-photographer Dylan Forsberg launched his magazine Transmission last year with the idea of approaching editorial content from a refreshing perspective. “I want to promote honesty, intimacy, and natural beauty through personal portraits and memoirs,” he says. “I’ve shot my friends as they talk about problems going on in their lives and as they think about who they really are while they try to express themselves. They’re usually so used to acting as someone else on a job that they sometimes forget how to be themselves.” It just so happens that those friends include models like Kasia Struss, Zuzanna Krzatala, Hanne Gaby Odiele, and Alana Zimmer, who fronts the second issue of Transmission, for which Forsberg is currently raising money through a Kickstarter campaign.

Forsberg says he first came up with the idea for Transmission because he got tired of waiting around for other jobs to come his way. “I was going crazy for a while trying to find something to occupy my mind, but at the time I only had photography,” he recalls. “I’d shoot, then have to wait months until the pictures came out before I could finally show them around. I don’t have an agency, so if I wanted to shoot more, I had to contact magazines and propose ideas, and I’m really not so good with e-mailing. Plus, everyone has such a different vision in mind that I felt my stories weren’t being represented in the way I saw them. So instead of complaining and fighting with everyone, I thought I’d just make my own magazine.” Forsberg brought out his first issue last summer, with Struss on the cover. “The purpose of the magazine is of course self-expression,” he explains. “I want to share the way I see the world in the hope that I can help change it to become the place I’d like it to be. The reason why I started taking photographs years ago was because I was looking through Kasia’s (my girlfriend at the time) portfolio and felt that none of the images captured her natural beauty. She was always made-up to look like a boy or an alien, with these fierce mannequin poses with strong protruding elbows and furrowed-brow scowls. I started shooting her and her friends when we were drunk, camping, having sex, or walking on the beach, always without makeup, always how they were—and when I put them online, they luckily spread like wildfire. I realized that everyone wanted to see these girls as they truly were, because they’re beautiful just like that.”

The second issue of Transmission is themed around the idea of transparency, as expressed by two different artists. “I decided that I only wanted two interpretations of the same theme, so that each interpretation would have a massive amount of pages to get their point across,” says Forsberg. “I asked my good friend Paul Maffi to shoot about seventy pages opposite to me. We each have our own cover, express Transparency in our own ways, and finally meet in the middle.” Forsberg, who also worked with painters like Elyse Saunders and Emerald Rose Whipple for his half of the magazine, says this issue came from a particularly personal place. “The written portion is what pulls the entire meaning of the magazine together,” he explains. “For this issue I decided to share stories from the most traumatic time in my life. I fell in love, got terrible anxiety, overdosed on sleeping pills, stayed in a mental hospital, got rejected by a second hospital, got rejected from a therapist I had spilt my heart to, got into fights, and eventually left my town to ride my bicycle a thousand miles south to North Carolina. The story is written somewhat as an internal monologue, as stream-of-consciousness poetry that I feel will help explain how my mind worked then. I’ve completely opened up and shared things I haven’t even shared with close friends—and I’m sure it will give a lot of people something to gossip about and ridicule, but I’m also sure it will help many people to feel less alone.”

The issue serves as a catharsis of sorts, with Forsberg using it as both a space for intimate reflection and, hopefully, a source of comfort to others. “During the point in my life that I’ve written about, I thought I was completely crazy until I read The Catcher in the Rye,” he says. “Suddenly, it was like a weight had been lifted—at least one person understood me! I wasn’t alone, I wasn’t the crazy one, it was everyone else who was ‘phony.’ Everyone else just chose to hide these things that I craved to share. So now, I want to lift that weight for others. I want to pass on that relief.”