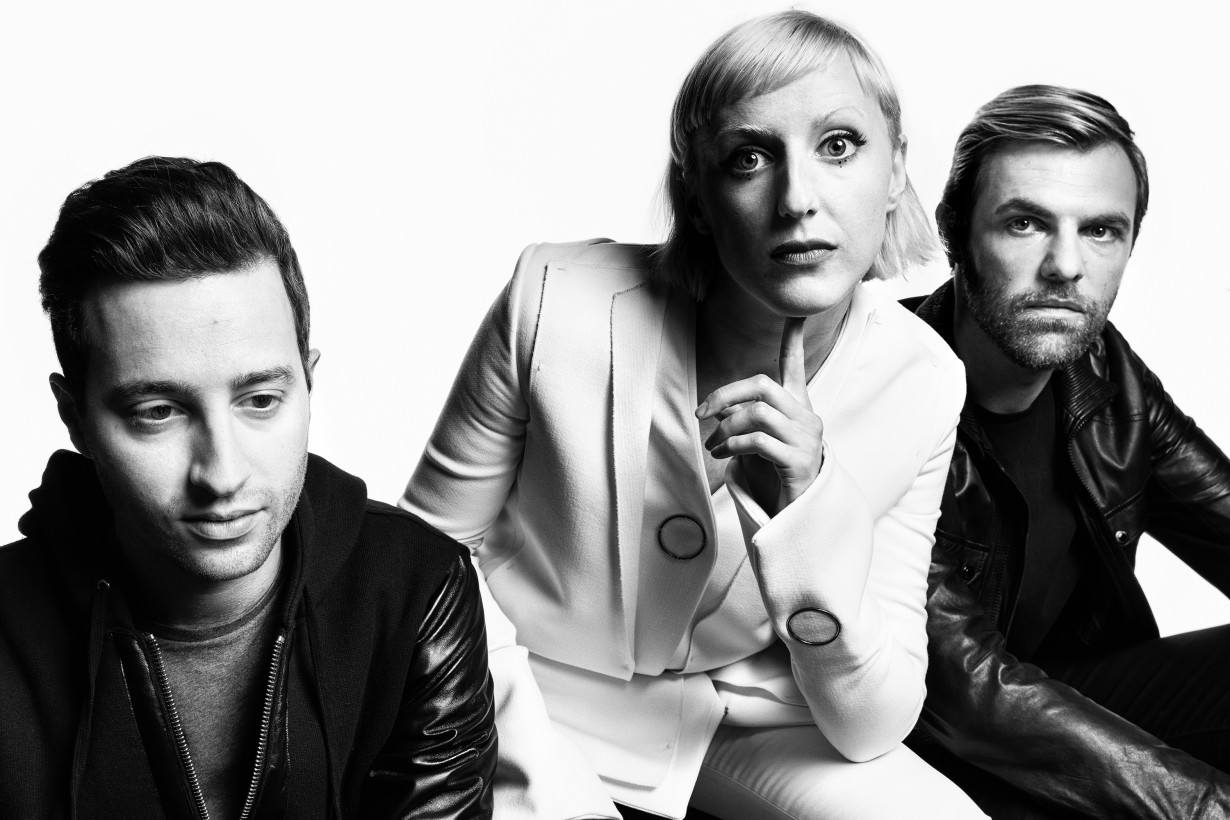 Vaults, the electro-pop project of Blythe, Ben, and Barney, is, arguably, the most captivating gloom coming out of London in a long time. The trio’s first EP, Vultures, released in November 2014, is a sweeping, swirling charge of orchestral mysticism. Tracks “Vultures” and “Mend this Love” sink you into a world of sparkling, enwitching emotional decay. Coupled with Blythe’s Florence Welch-reminiscent vocals—revealing classical training at first note—it’s easy to understand how Vaults caught the attention of Universal Music, who signed the band after their first track, “Cry No More,” garnered some ten thousand listens in a matter of days, and is developing their début album now.

“We’ve been in bands before where we thought quite a lot about what we were doing and our brief for this was, genuinely, let’s just do the best thing we can and experiment and just go with that,” explains Barney from a Wall Street studio this past October, when the band was in New York performing at CMJ. “We really didn’t think about it too much.”

The project—which originated when Ben and Barney heard Blythe singing in a small pub in London and decided to bring her in to work through a track they were writing—is, needless to say, emotionally charged.

The three English musicians grew up playing classical music, with Barney starting with clarinet. “I made these really terrible songs out of record samples and chords from the clarinet,” he recalls, laughing. “It sounds really quite interesting, but if you heard it— it really wasn’t.”

Ben was born into the musical arts. “I come from a musical family, so I’ve got grandparents who were in orchestras for years and years and years, so when I was three, I think I was asked to pick what instrument I wanted to play—there wasn’t an option of not playing an instrument,” he explains.

For Blythe, music wasn’t just inherited, it was necessary. “I’ve been singing since I was conscious, really,” says the platinum-blonde Brit, who grew up listening to Nina Simone and her mom’s African dance aerobics soundtracks. “I started writing music at about ten and I’ve always played piano since I was five. I’ve always loved the piano.”

For Blythe, Ben, and Barney, not thinking, but rather just creating the most intuitive sound, seemed to be the trick.

“I think there was a certain amount—I think gloom is the wrong word,” starts Barney.

“It’s quite dark,” adds Ben, “and I think maybe we are pushing it just a little bit and we need to have a bit more fun with it.”

Comparisons to London Grammar and Bat For Lashes are apt. The propulsive track “One Last Night” was one of the standouts from this year’s Fifty Shades of Grey soundtrack, and a recent release, “Overcome,” layers Blythe’s emotional vocals over piano and electronic production. Now, with the release of Vaults’ début looming near next year, the band is moving into a more electronic, slightly poppier direction, playing performative shows around London and finalizing their three-years-in-the-making full-length. “I think it gives [the music] more layers if you’ve got some of the dark and the light, kind of the tragedy and a bit of a right smile in there,” says Blythe. “It gives it more depth, so we’re exploring that.”

They’re exploring ideas of theatricality with lighting and paint in their shows—“That’s why you’re there,” quips Blythe, “you want to see people sweating a bit and you know you want to feel them”—and inching towards album completion. “We just decided on the track order…” says Barney. “When people put it on, [we want them to] feel like they’ve entered into our little world,” said Blythe.