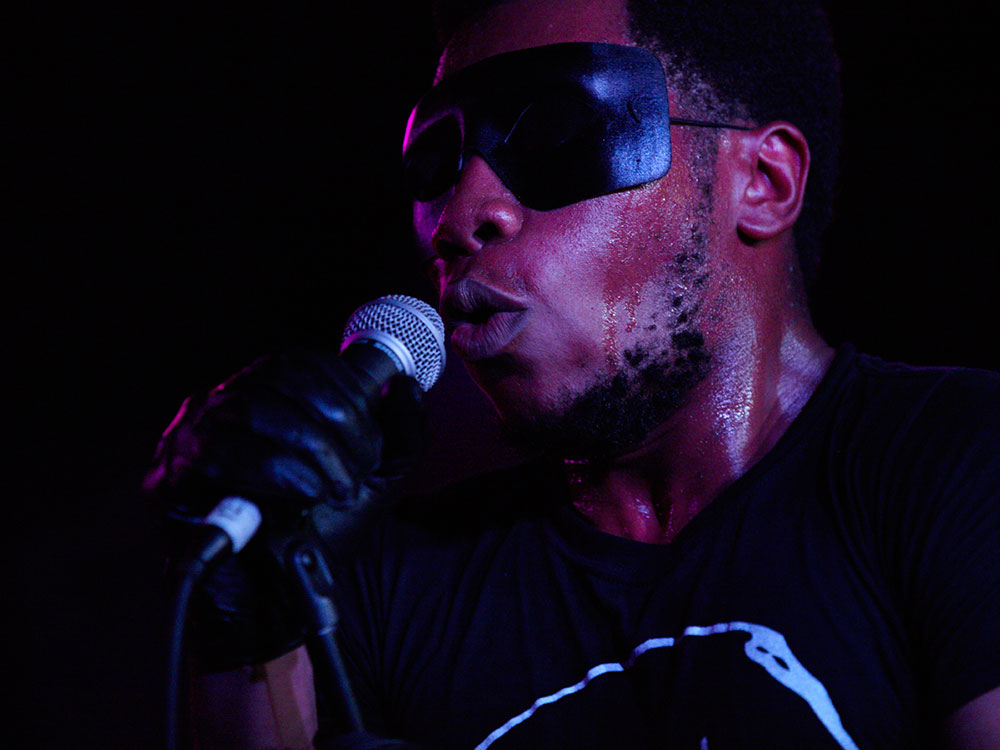 Writing Nocturnes—his just-released, lulling, rock-me-to-sleep, new album—singer-songwriter Willis Earl Beal was largely alone, working through the end of a marriage, and, at times, homeless. “It was written at night, and you know, it was recorded at nighttime,” reflects Beal when I call him in Portland, where he is hanging out, “not doing anything, not paying rent—just being a lazy bum.”

“As far as these songs are concerned, they are about my ex-wife,” he explains. “The composition of the record was about [her], the way it sounds is about her, and the inflection in my voice—it’s for her.”

The album—Beal’s seventh in five years—is unlike anything he’s released before. It’s not blues or soul, for one. And the tone is orchestral, quiet, and sweeping. “I [had] planned on living in a doublewide trailer by the lake with her, and the lyrics are really minimal,” says Beal. The relationship fell apart after the songs were conceptualized; he considers them as an almost unintentional summoning of sorts. “When you sing a song, anything you say, any noise you make, reverberates infinitely throughout time and space,” sighs Beal. “But particularly when you sing, I believe that is an incantation and you don’t want to send out the wrong incantation. I didn’t know that before, but I know it now. [Now] I try to just summon what is going down right now, and that is a document rather than some kind of creation of something.”

Beal considers the tracks on Nocturnes his first pop songs. “I often made fun of pop songs because I thought they were really shallow and not really saying very much: ‘I love you, you love me;’ bullshit, bullshit. But what I found out was that I felt like a pop song a lot of the time, so I decided to just write really, really simple songs, and try to make it relatable to people with a broken heart. It’s not a new concept.”

New, no. But as we’ve come to expect from Beal—an artist who’s quick to take ownership over his imaginative life (he says he joined the military at nineteen because he wanted to be Batman), has had a few arrests (or close calls) by way of playful misadventure (running naked through the New Mexico desert), and put out lo-fi, rattling blues creations with what feels like dreamlike ease over the years—the familiar can still be singular.

“Everybody wants to make a lot of beats all the time, so I figured, well, I’ll just do the opposite,” he explains. “I made it with a strong intention to try and help myself and try and help other people. That could be kind of pretentious. But I always wanted to be important.”

For now, Beal is taking a break from his quiet life (he’s been crashing at a friend’s place, trying not to write anything other than songs of the moment, and waking up, just drifting around getting coffee) for an East Coast and European solo tour. “It’s ugly, airing your dirty laundry and being so maudlin about everything,” sighs Beal. “I mean, I got this nobody persona and basically I feel like a clown preforming my own songs. I mean, performing anything, I feel like a clown. And I am a clown, but what’s wrong with a clown? Somebody’s got to be a clown and, apparently, I’ve got to be a clown. So I’m going to just reluctantly take that task and drag my ass from performance to performance.”