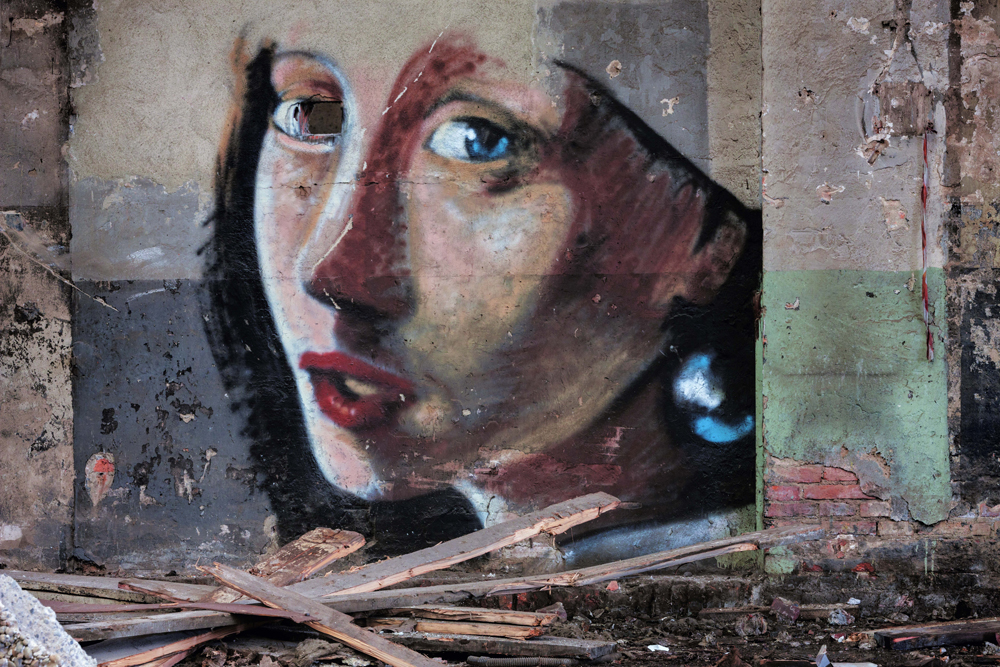 The derelict is not something one generally associates with beauty. That, however, can’t be said for Esko Männikkö. In “Time Flies,” now on view at Yancey Richardson Gallery in New York, the self-taught Finnish photographer exhibits twenty-five photographs pulled from his traveling museum retrospective. Meticulously arranged and cropped, the photographs are a part of Männikkö’s constant search for beauty—what he claims as “the point of everything.” 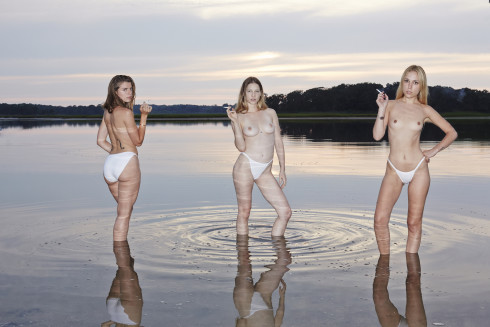 We love supporting new talent. Every issue, we try to feature a few commissioned works from some of our favorite artists. We give them free rein of a full-spread; the only limitations are the generous dimensions of the page. For our Fall 2014 issue, photographer Kava Gorna sent over a vivid series of stark nudes and lush landscapes. 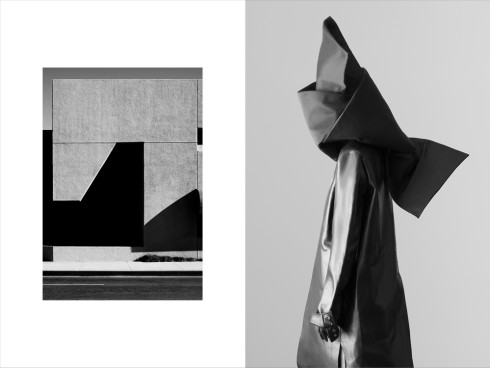 We love supporting new talent. Every issue, we try to feature a few commissioned works from some of our favorite artists. We give them free rein of a full-spread; the only limitations are the generous dimensions of the page. For our Fall 2014 issue, photographer Nicholas Alan Cope offers a contrast between stark Brutalist architecture and Rick Owens’ sculptural designs styled by Alastair McKimm. 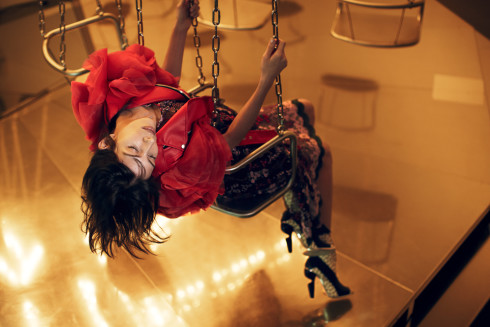 We commissioned photographer Lachlan Bailey to reinterpret Carsten Höller’s exhibition “Experience” at the New Museum together with model Jamie Bochert and stylist Alastair McKimm. The result is a colorful, dreamy, fairytale-like revisit of the Belgian artist’s most comprehensive US exhibition yet. 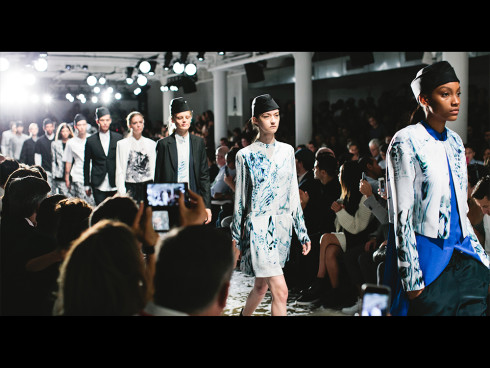 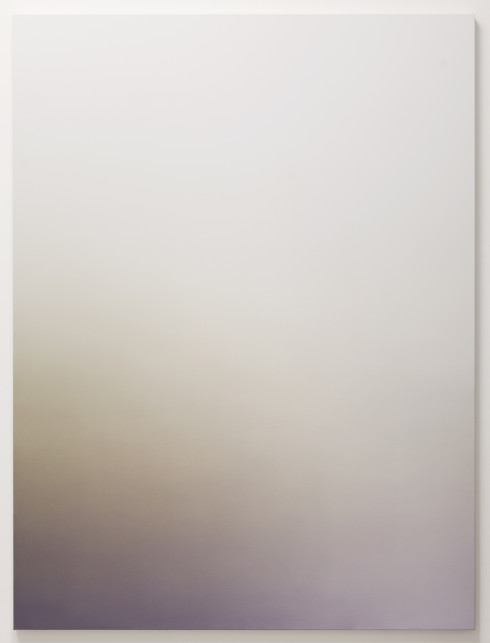 “The image is a kind of cosmic echo for me,” says artist Pieter Vermeersch. It might be a line from Thoreau or the Greek Stoics, and yet, gazing at the transcendent gradients that constitute one of Vermeersch’s paintings, it’s easy to share his poetic sentiment. Vermeersch’s canvases belong to one of the rarest species in the contemporary art world: his large-scale abstractions are driven by a rigorous process that nonetheless manages to yield an arrestingly beautiful end product. 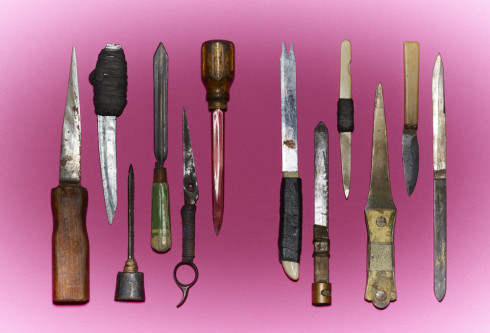 We love supporting new talent. Every issue, we try to feature a few commissioned works from some of our favorite artists. We give them free rein of a full-spread; the only limitations are the generous dimensions of the page. For our Fall 2014 issue, New York-based photographer Anthony Cotsifas captured a still life of shivs confiscated from prisoners, curated by Michael Reynolds. 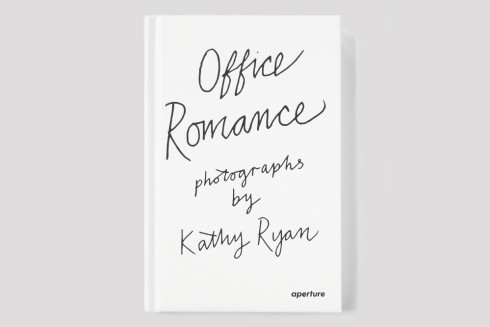 Inside the New York Times Building at Eighth Avenue and 40th Street, a lot of light is shed. Most of the time, it emanates from the pages of business or world news, but on a good day it shines right through the windows. On the sixth floor, in a corner on the building’s eastern side, a woman patiently waits by her desk to capture it. 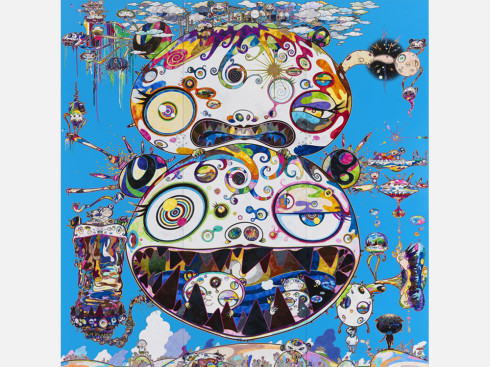 Propagator of the “Superflat” movement, Takashi Murakami treads past his infamous reputation for creating superficial work in his new show at Gagosian in New York. 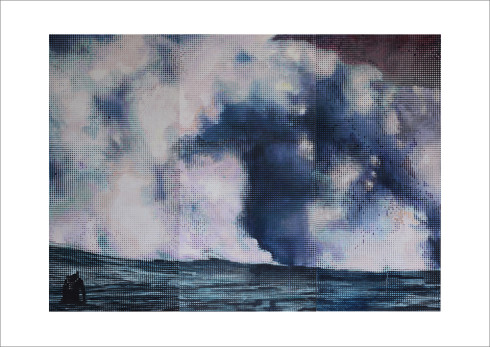 It was in the midst of Australia’s financial crisis back in 2008 that artist Benedict dos Remedios decided to make the move from Sydney to New York in search of new beginnings.

With a degree in fine arts from Australia’s National Art School and a collection of work already under his belt, dos Remedios was excited to begin the next chapter of his life. That isn’t to say he wanted to disconnect with his past, but rather to begin exploring a new body of work inspired by the rush of the metropolis.