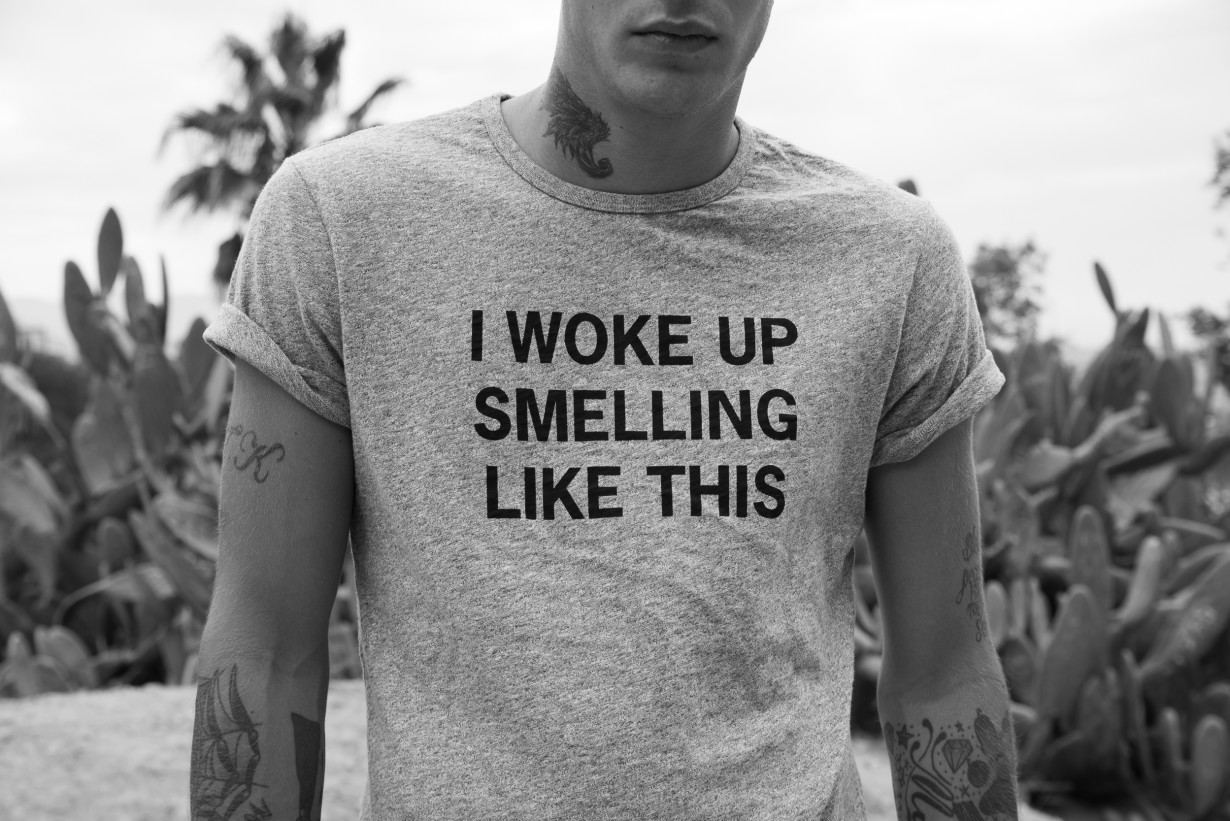 While the disheveled look has been romanticized in fashion for years, Hiro Clark and Le Labo’s scented t-shirt collaboration practically urges you to skip a shower. Made with late nights and their subsequently late mornings in mind, the fragrance-infused shirt might be the perfect accompaniment for anyone who opts for one more drink.

The collaboration formed recently just weeks after Andy Salzer launched t-shirt collection Hiro Clark, his first venture back in fashion after closing his menswear line Yoko Devereaux. The new label represented a shift both personally and professionally, starting with his relocation to Los Angeles after fifteen years in New York. “When I look at a city like L.A., so many people come to L.A. to do something different, to find something new about themselves,” he explains. “Everybody comes here looking for something, right? I don’t know what exactly I was coming here looking for, but I was definitely looking for that change.”

“One of the things I still love about New York is that kind of darker side of the city,” he says. “But it’s very in your face. Everyday New York City can be a challenge. It has amazing highs and amazing lows.” The contrast between New York and Los Angeles was sharp enough that he found himself digging deeper in search of that edge. “As I started working on Hiro Clark, I became more enamored with looking at these grittier layers,” he recalls. “The process of getting to know a town like Los Angeles, digging a little bit deeper is part of the brand story.” The relationship between the two cities is a constant influence on Salzer, and Hiro Clark is unlike the bright, surfer tees you often find from Los Angeles labels. Everything comes in black, white, or gray, with a modest typeface or black-and-white imagery.

Hiro Clark also represented a shift in Salzer’s approach to the fashion industry. “Obviously between the time I was doing [Yoko Devereaux] before and now working on Hiro Clark, the whole landscape has changed,” he says. “Even thinking about doing this project was like, do I really want to be back in this market? How would I do this differently?” With interest in menswear skyrocketing, and fashion moving at breakneck speed thanks to social media, Salzer wanted a pared-down approach rather than create another multi-category brand vying for attention. By focusing on a limited range, quality was key, and achieving the perfect fit became essential. While many brands toy around with trendy elongated or oversized cuts, Hiro Clark offers a slim fit with sleeves short enough to evoke Brando, one of Salzer’s primary reference points.

That kind of refined, classic fit is what anyone can just grab and throw on, and that became a starting point for the Le Labo collaboration. “We talked about the whole experience—you’re going out, you’re having fun, you meet somebody, you go home, end up staying the night, and the next day you want to steal their t-shirt because it smells like them, you want to take it with you,” Salzer explains. Each shirt (including the aptly titled No Shower tee featuring the words “I Woke Up Smelling Like This”) in the limited unisex collaboration contains microcapsules that are woven into the fabric, and will retain the scent of Santal 33—Salzer’s everyday fragrance—for up to six washes. “I think with a lot of fragrances you tend to think it’s your little secret, and with Hiro Clark it’s kind of a new brand and it’s something that people are in the know when they’re wearing it,” he says. But now the secret is out, and the next time you see someone in a form-fitting shirt smelling like smoky sandalwood, you can guess how their night went. 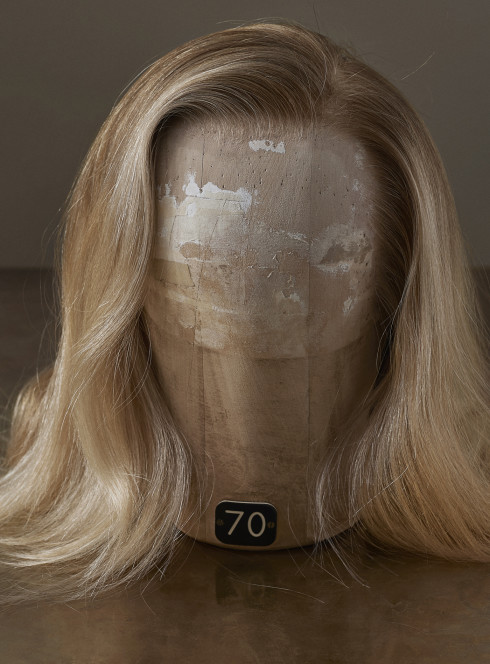 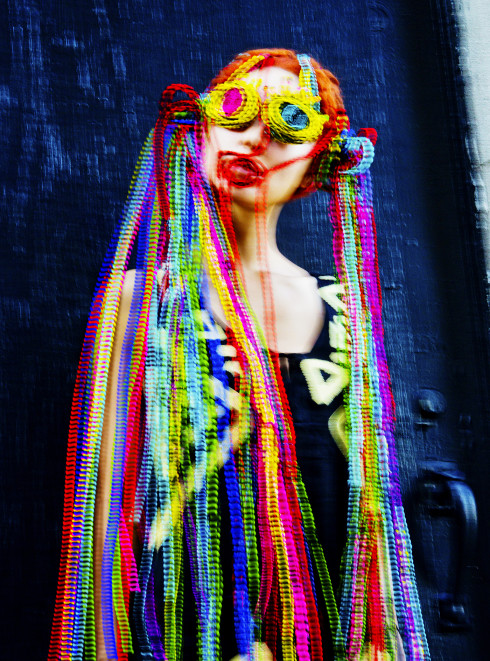 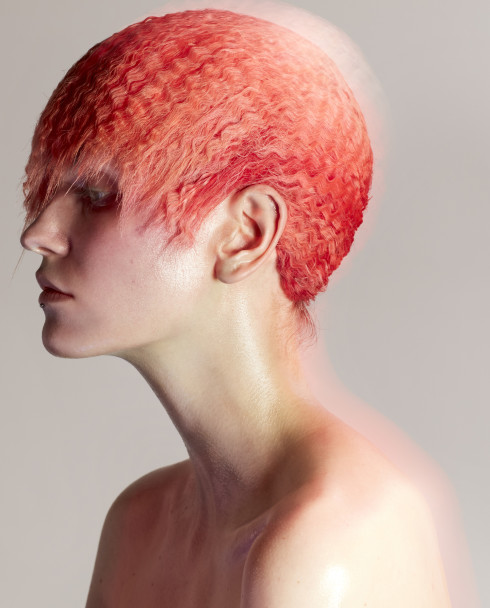