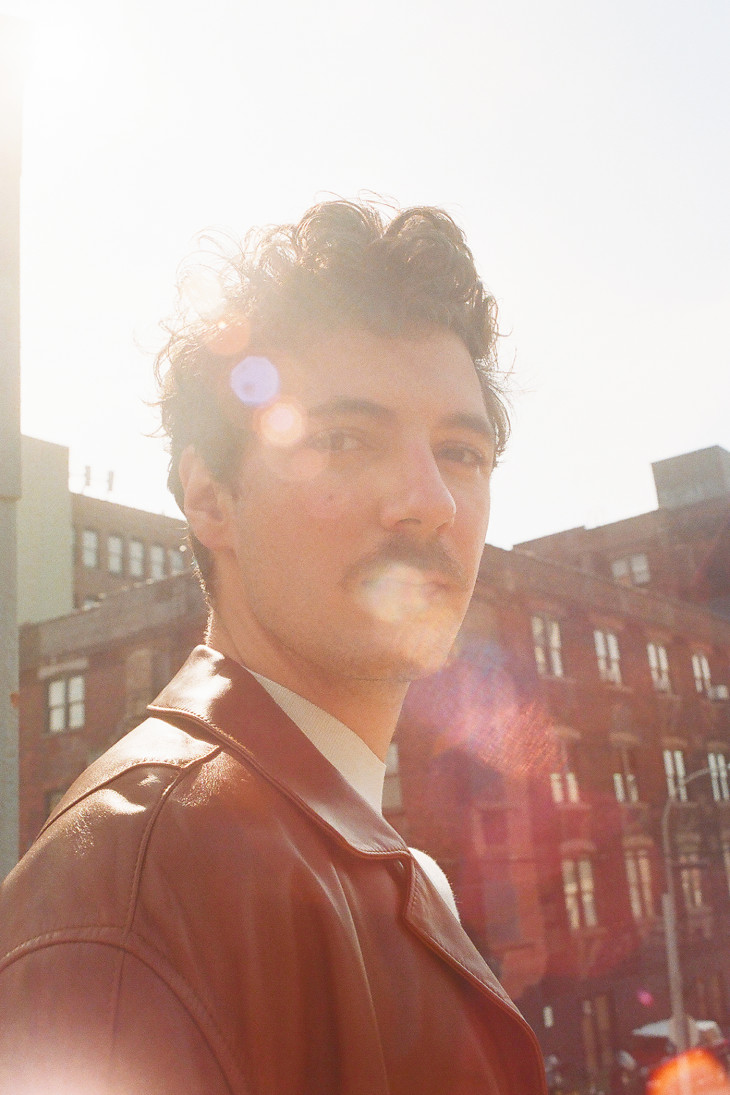 All clothing by Salvatore Ferragamo.

This year’s Cannes Film Festival was scheduled to kick off yesterday, but, as with so much else over the last few months, it was canceled several weeks ago to prevent the spread of coronavirus. There will be no stars on the Croisette basking in the glow of the Mediterranean sun in the coming days, but one of last year’s brightest, Chiara Mastroianni, can now be seen on your screen in Christophe Honoré’s new film On a Magical Night, which pairs the Best Performance winner with the rising actor Vincent Lacoste, who is quickly becoming one of French film’s MVPs. Mastroianni plays the philandering Maria, a middle-aged professor who is caught cheating with a student of hers by her husband. After she abandons their shared apartment for a hotel room just across the street, she is visited, Christmas Carol-style, by memories from her past, including her mother, the many men she has slept with during her marriage, and the younger version of her husband himself, played with charm and healthy self-regard by Lacoste. Jacket and trousers by Berluti. T-shirt by Uniqlo. All clothing by Valentino.

Lacoste first broke out in the comedy The French Kissers, which brought the then-fifteen-year-old to Cannes for the first time in 2009, when it premiered during the Directors’ Fortnight. Nearly a decade and numerous comedic roles later, he first paired with Honoré for his most challenging role yet, as Arthur in 2018’s Sorry Angel, portraying a young man who enters a complicated relationship with an older, HIV-positive author, played by Pierre Deladonchamps, in the midst of the AIDS crisis. The film was nuanced and bracing, recounting a personal tale for Honoré with his characteristic subtlety. It was easy to understand why the director turned to Lacoste for the role, as the actor offered a delicate balance of innocence and depth, hiding his angst and insecurities beneath the brittle armor of youth. Left: All clothing by Canali.
Right: Coat and sweater by Salvatore Ferragamo. Trousers by Carhartt. Sneakers, talent’s own.

Now twenty-six, Lacoste again plays opposite an older lover in On a Magical Night, although with an added world-weariness as he serves as Maria’s all-knowing guide through her own past encounters. The film is much lighter than Honoré’s previous collaboration with Lacoste, offering a winking take on midlife introspection. The luminous Mastroianni emphatically stakes her ground as a woman in charge of her own desires and independence, even at the expense of her long-suffering husband, played in the present by Mastroianni’s actual ex-husband Benjamin Biolay. As Maria tangles with her visitors through the snow-hushed night, the film wrestles with the sticky question of what we owe ourselves and others. The younger and older versions of Richard seem to land on different sides of the debate, while Maria giddily hops back and forth across the line dividing the present from the past. On a Magical Night lands on a number of dense existential questions, but never long enough to settle, refusing to take itself too seriously. Lacoste, stretching past his comedic background into ever-richer material, seems to do the same.

On a Magical Night is now streaming at FilmLinc.org. All clothing by Valentino.