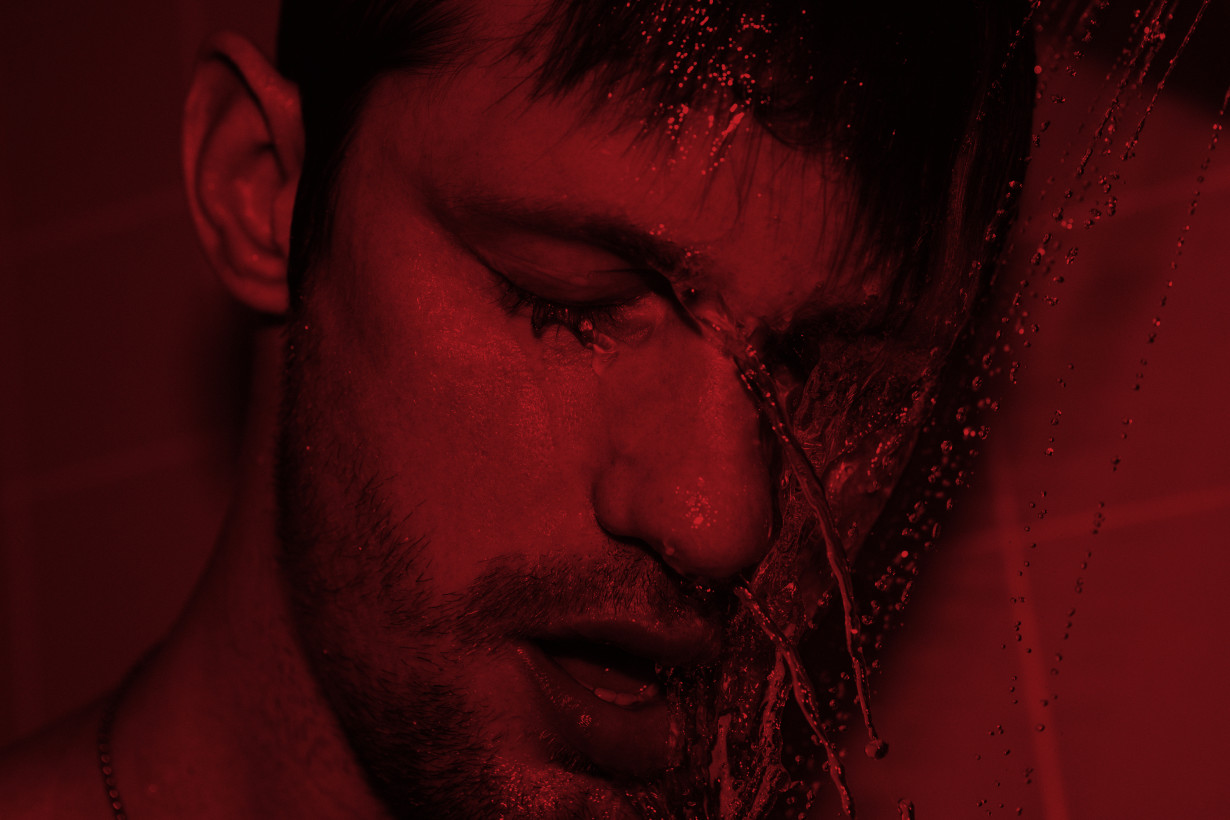 Originally published in the Spring 2010 issue.

In Lady Gaga’s “Paparazzi” music video, Alexander Skarsgård plays a slimeball boyfriend who assaults her on a balcony ledge in order to provoke a hidden photographer. She tries to escape, and smashes a champagne bottle over his head, but he tosses her over. Gaga later appears in a Swarovski crystal wheelchair and emerges victorious after she poisons him. As a child star in Sweden, Skarsgård found fame similarly merciless. “It almost made me paranoid, so I quit,” he explains. In 1989, when he was thirteen, the country only had two broadcast television channels, so a single appearance in a movie made a tremendous impact. Today, the 33-year-old star of HBO’s wildly successful True Blood series has gained a wider perspective.

For one, Sweden never had paparazzi. “In general, I think people in Sweden have a tendency to leave celebrities alone. It doesn’t matter how big you are, you can walk down the street. You don’t have to hide behind walls and big fences.” He acknowledges that as a young actor, he didn’t have the self-assurance necessary to handle the attention. “Thirteen is an age of transition. You’re trying to figure out who you are, the direction you’re going to take in life. On top of that, being famous and having people look at you, talk about you, reading about yourself in magazines, seeing yourself on television. It’s tough, you know? It’s really tough.” He turned down roles and retreated into everyday teenage life, playing soccer and hanging out with his friends. Upon graduation, he trained for fifteen months as a sergeant in the Marines. He carried out hypothetical scenarios where the archipelago of Sweden was attacked by small units that would blow up radio stations and other strategic positions. Skarsgård, along with the three other people in his unit, would eliminate the risk and, as he says, “take out the other guy.” Afterwards, he realized he missed the stage, and returned to acting.

Skarsgård pushes limits. He has most recently played characters in grandiose displays of sex and violence. For the most part, they’re unlikeable. Get to know them, though, and they prove surprisingly empathetic—if not the character itself, then at least the situation at hand. On the campy True Blood, based on the Sookie Stackhouse series of books by Charlaine Harris, he plays the vampire Eric Northman, a formerly powerful warrior who was wounded in battle. As reward for his skills, he is made into a vampire, and becomes the sheriff of a region in northern Louisiana and owner of the vampire dive bar Fangtasia. Eric is initially viewed as the villain, stubborn and vain (“Is there blood in my hair?”), but over time displays a sense of humor and pathos, as well as a healthy dose of nudity. “I connected with him,” says Skarsgård.

“I liked the whole background, being a Viking, having been around for over a thousand years. It was fun to be able to play around with that as an actor—all that experience, all that knowledge.” Much has been made of the show’s twists in the vampire genre to create its Southern Gothic universe: unlike in other vampire tales, they created the myth of themselves and appear as relatable humans. They no longer feast on mortals’ blood, since a Japanese company manufactures a synthetic substitute. When drank by a non-vampire, it functions as an aphrodisiac.

All that said, it’s his next project that finds him at his most disturbing, as Charlie in Rod Lurie’s remake of Sam Peckinpah’s Straw Dogs. The original 1971 film is about a couple, David and Amy Sumner, who are tormented by locals on their trip to Cornwall, England. The film was controversial after its initial release for Amy’s startling double-rape scene, first by her ex-boyfriend Charlie, followed by one of his cohorts. In the updated version, David is played by James Marsden and Amy by Skarsgård’s real-life girlfriend, Kate Bosworth. The film can be a read as a contest of masculinity, where tensions explode in sexual carnage and end in a violent siege. But it’s also about the strength of a marriage, and the lengths one will go to protect one’s home and loved ones. Skarsgård sees the good in Charlie. “Charlie’s a very humble, and a very God-fearing, good man, but after awhile, he thinks David Sumner is a condescending jerk. Straw Dogs is about defending what you believe is right.” In Peckinpah’s version, Amy gives in to Charlie; the rape stirs up repressed emotions within her, though little explanation is given for his motivations. “You get more backstory in Rod’s version,” he adds. “On some weird level, you kind of understand why Charlie and Amy were together, once upon a time, and why it didn’t really work out.” The main plot points remain intact, though Lurie rewrote the story and relocated it to a fictional town in Mississippi.

Of his roles, Skarsgård says, “When I step into a project, I need to feel that there’s a challenge, something new, something fresh about it. That being said, I’m kind of attracted to characters with a darkness or a sadness that they carry with them.” He is drawn to their faults. “It’s been important to find my own way, make my own mistakes, and learn from them,” he continues. Though he’s forged his own path as an actor, it comes with familial roots. His father is the actor Stellan Skarsgård, who is perhaps best known commercially for his roles in the Pirates of the Caribbean franchise, but has worked in theater and film since he was a teenager. His two younger brothers are also actors in Sweden. Alexander grew up behind the curtain of his father’s productions, playing with the makeup and prosthetics. “Not once did my parents try to push me or say, ‘You get all these offers now, and you keep working, a year from now or two years from now, you might enjoy it again.’ I’m pretty sure I wouldn’t be an actor today. I might’ve worked for a few more years, but I’d have eventually crashed and burned and been so turned off by the whole profession. I might never have turned back.”