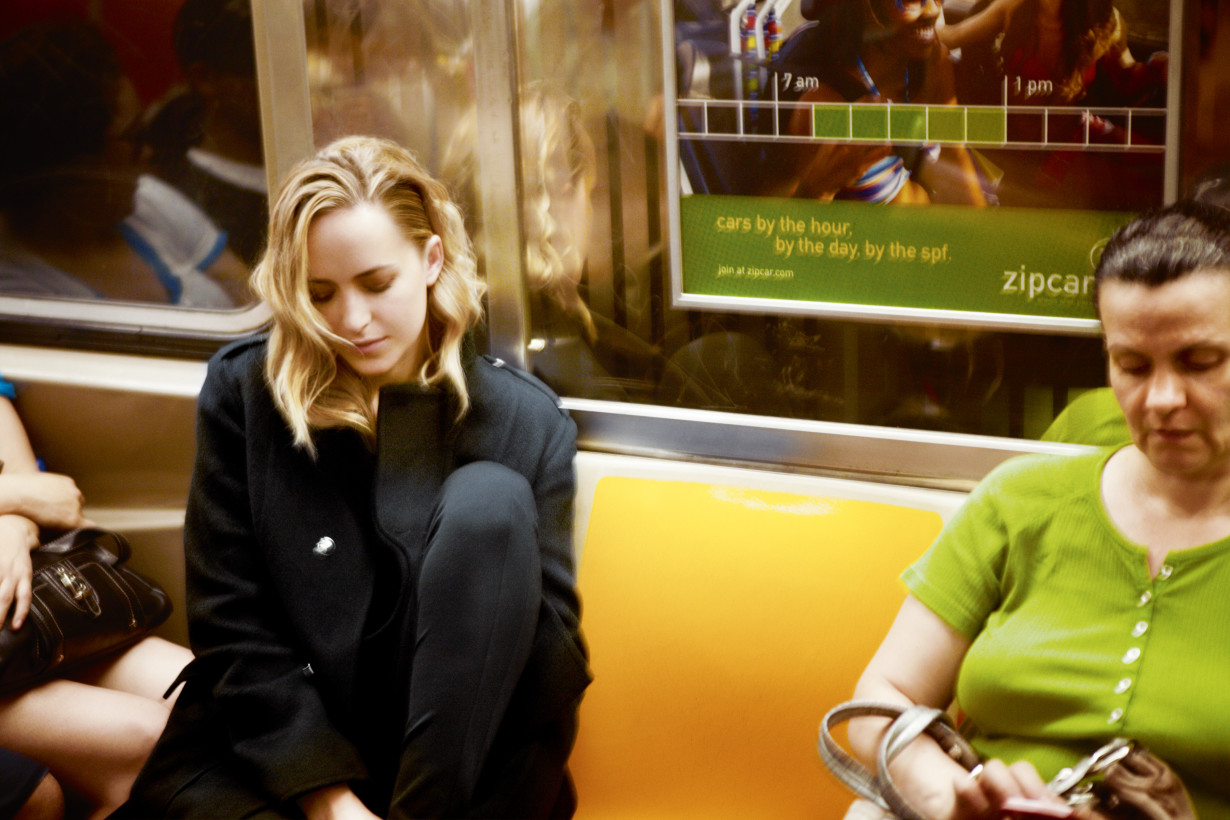 We’ve been around awhile now, and we know a lot of our readers might not have had the opportunity to experience our earlier issues. So we wanted to give you the chance to discover some of our favorite stories. This week we present Jauretsi Saizarbitoria’s Fall 2010 profile of Dakota Johnson, who hits the big time this Friday with her starring role in the sure-to-be-blockbuster Fifty Shades of Grey. Take a look back at our profile of the then-unknown actress who was fresh off introducing Facebook to Justin Timberlake in The Social Network.

ACTING WAS WRITTEN IN THE STARS FOR DAKOTA JOHNSON, BUT SHE’S NOT GOING TO BE RUSHED BY HOLLYWOOD’S EXPECTATIONS (OR THOSE OF HER FAMOUS PARENTS)

“I never had that moment,” says Dakota Johnson, about the epiphany of choosing to be an actress. “I was never thinking, I am going to be an actor, I am going to make films.” Nonetheless, Johnson is moving at lightning speed toward the success that many might view as her birthright—her parents are actors Don Johnson and Melanie Griffith—with only her guts as a navigating force. Through it all, she demonstrates cool humility and self-awareness. On a sunny May day in New York, the 21-year-old actress is exhausted, having slept only three hours the night before. But Johnson was not partying with other famous children-of; she was on set with a fifty-year-old Eskimo.

Her late night was due to her latest movie Theo, a genre-bending film that is part-documentary, part-fiction, about an Eskimo from the Arctic visiting our society to share a prophetic message of the importance of conservation. Johnson plays a homeless girl who befriends him. “It’s about relationships and the way that people are treated,” says Johnson, who prepared for this film by researching the homeless, who were previously invisible to her. Filled with a new sense of compassion, Johnson says the project has made her “more conscious of everyone.” She reaches for her menthol American Spirits in a delirious state of sleepiness and cracks a smile before the interview begins.

Johnson’s fate was sealed at the tender age of nine when she acted in her first film, Crazy in Alabama, directed by stepdad Antonio Banderas. But Johnson considered the film just a dress rehearsal for what she calls her real debut—Beastly, a modern-day Beauty and the Beast–style fantasy-romance co-starring Vanessa Hudgens and Mary-Kate Olsen. This fall Johnson continues her momentum in Fight Club director David Fincher’s Facebook exposé, The Social Network. Though she doesn’t even have a profile. “I don’t know if that is a good thing or a bad thing,” Johnson ponders, “but I don’t like the feeling of being on it.” But she confesses: “I was on Facebook until I caught myself being a psycho stalker. That’s when I chose to stop.”

The Social Network may have teen blockbuster written all over it, but Johnson plans on tempering the commercial with the controversial: her next role will be in the upcoming Larry Clark movie Savage Innocent, which filmed in New York this summer. The director’s typically dark and tortured subject matter may feel familiar to Johnson, who went through a tumultuous journey of self-exploration in her teenage years. “I felt so much when I was fifteen, sixteen, seventeen, I felt everything,” she says. “I didn’t understand [myself], I was so happy yet so angry and sad.” When she figured out that all this energy could be funneled into acting, she had a different sort of a-ha moment. “That was the point when I realized that I needed to tell stories and make characters come alive and I needed to make people cry, and make people angry, and make people happy, and make them laugh.” The release would be a therapeutic decision, not a career move, and the actress has since calmed down considerably, partly due to a loving four-and-a-half–year relationship with musician and HoneyChild band member Noah Gersh, whom Johnson claims acts as a stabilizing force.

The point is that, at twenty-one, Dakota Johnson has already lived a life, and she has been busy. Today she is tired and barely hanging on, but remains kind and captivating as she discusses taking full advantage of the experiences life has lobbed her way thus far. This is what happens when you are born into Hollywood royalty. First come opportunities, connections, movie scripts, then expectations and pressure, and ultimately, proving all the naysayers wrong. Johnson is determined to do right by her lineage, but more importantly, to do right by herself.