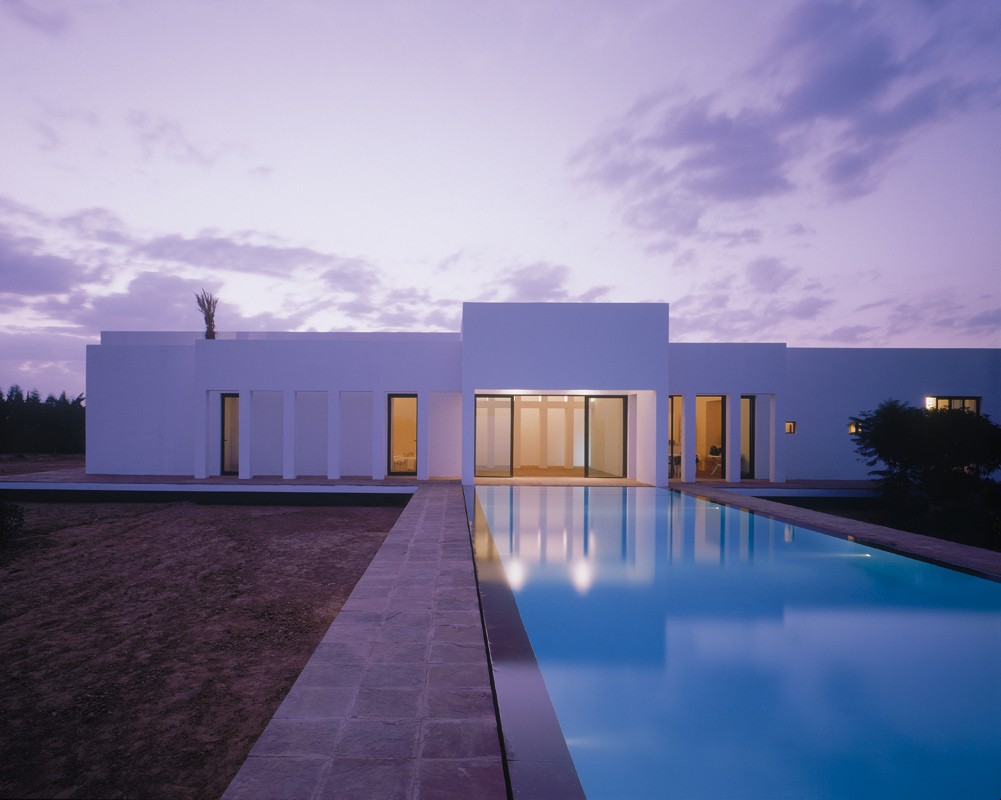 But that’s just the work viewed at a glance. Architect Guilhem Eustache, who was commissioned for the project by a Belgian filmmaker, feels the more traditional influence of the Mediterranean and the Berbers, as well as the punishing sun of the North African countryside. White rooms, imposing ceilings, thick but simple walls, water basins, and moucharaby—windows of latticework in place of traditional Western shutters—are components characteristic of this region, where privacy and protection reinforce one another, and they’re present here.

But Eustache’s technique is not traditional. He adds, rather than subtracts, beginning with a landscape and adding one structure after another. The Fobe House is not a single house, but a series of private residences speckled with supporting structures, including a guard house, outdoor totem fireplace, garage, and pool house. On a functional level, they support one another, but the æsthetic distinction is not subtle. “The possibilities are endless and the interpretations—depending on the number of volumes, their individual forms and their respective placements—are infinite,” he says. “This leads to a great variety of interiors and exteriors where each pillar, wall, and ceiling can be viewed as distinct interacting volumes.”

The result is almost experiential. At the border of the property are earth-colored walls two meters high. Pass through them, and you enter a new world, one in which regional tradition meets technology. “The Fobe House is not born from purely æsthetic concerns, nor is it solely the result of adapting to the surrounding environment,” Eustache says. “I could list our motives for each structure, each architectural choice, and each detail, but it makes more sense to say simply that our architectural choices evolved organically as the project advanced.” The process, in fact, is ongoing, with what Eustache is calling the “square house” and the “village house” still underway.

This expansion will only reinforce the Fobe House’s almost deceptive simplicity. Even indoors, where inspiration was pulled from visits to regional farmers’ houses—“I felt that I was discovering minimalism in its purest state,” Eustache says—there’s almost no decoration. “It’s simply the architecture that is put forth,” he says. The result, he continues, is that “some architecture has a strange ability to change our perception of space and our way of moving through it. It can bring us closer to lifestyles that are inherently closer to nature.” 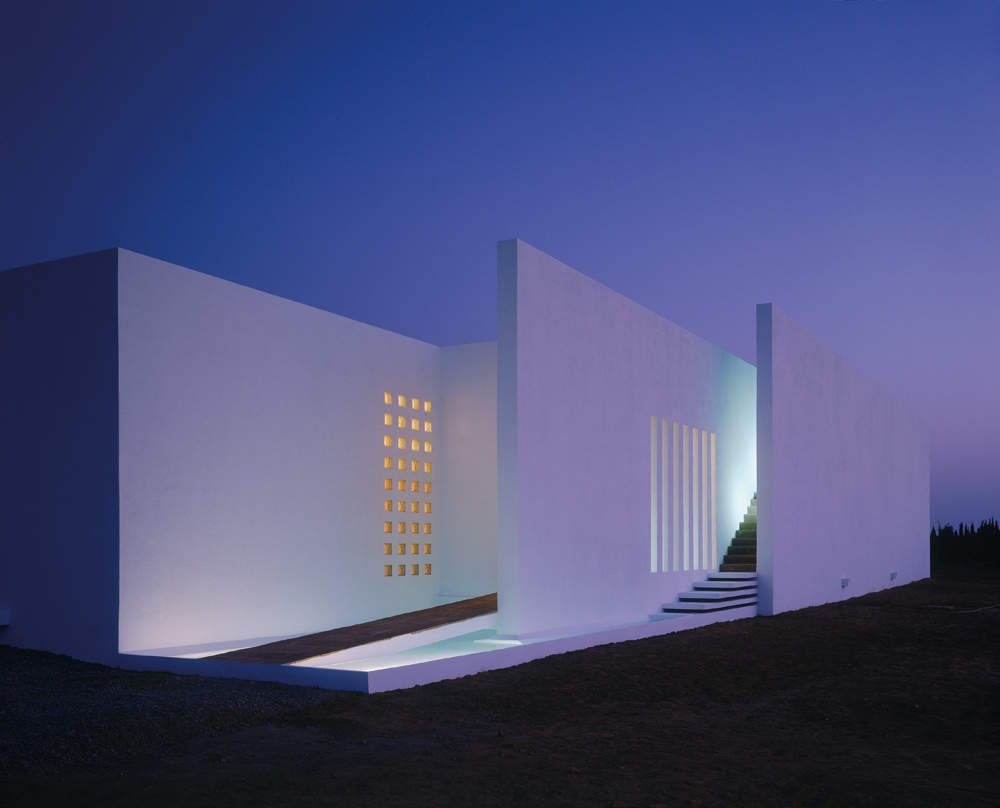