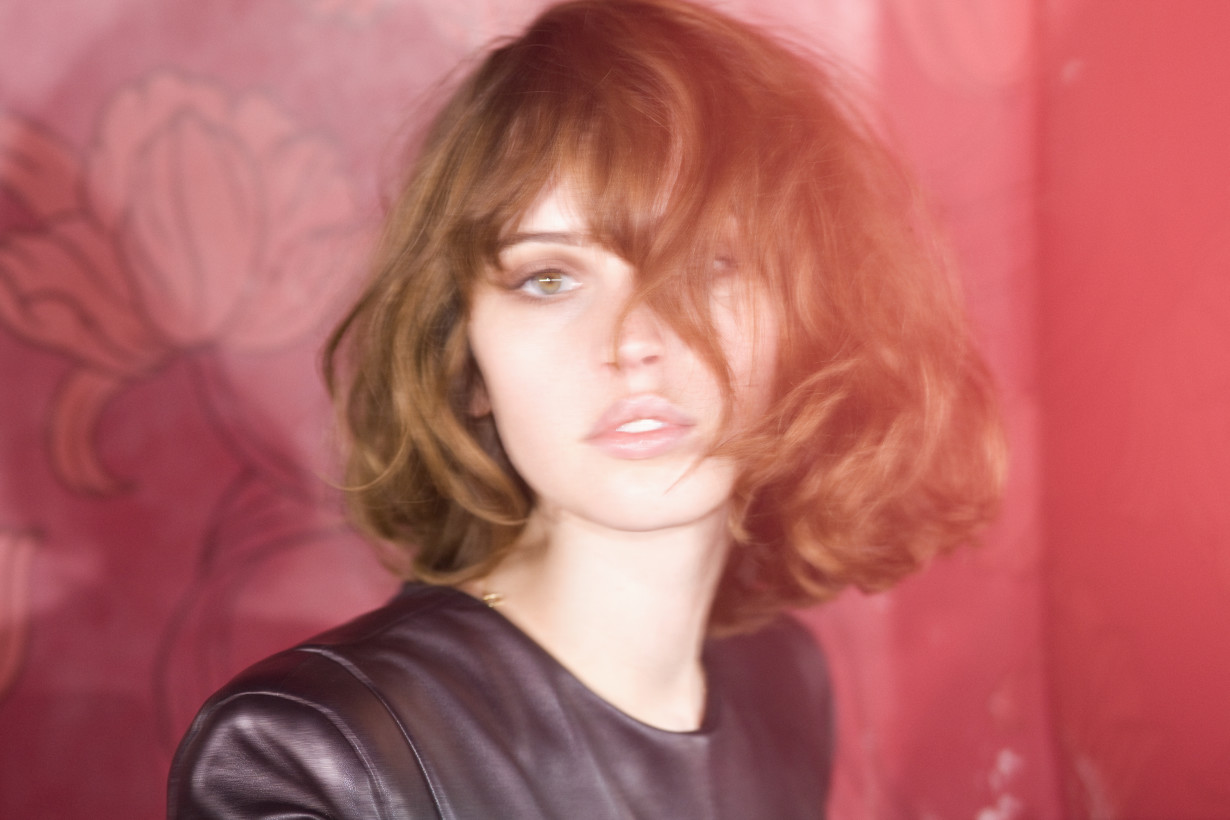 We’ve been around awhile now, and we know a lot of our readers might not have had the opportunity to experience our earlier issues. So we wanted to give you the chance to discover some of our favorite stories. This week we present Jauretsi Saizarbitoria’s Fall 2009 profile of then-rising British actress Felicity Jones, whose latest film, The Theory of Everything, just earned the talented actress her first Oscar nomination.

“I had a dream last night that I didn’t know my lines,” reveals actress on the rise Felicity Jones. In the dream she imagined herself on a stark stage in front of a hungry audience thinking, “Oh my God, I’m gonna do a two-hour play and I have no idea what I’m doing.” She laughs sweetly on the phone as she’s curled up on the couch of her family home in Worcestershire, England. “It’s the kind of dream I’ve had before,” she confesses about the recurring fear of not being prepared.

There’s plenty on her plate to warrant some anxious dreams these days. The young British actress appears in several films this year. First is Cemetery Junction, co-directed by Ricky Gervais and Stephen Merchant, a comedy set about three men at an insurance agency. There’s also Julie Taymor’s version of The Tempest (co-starring Russell Brand), and then Souled Out, a film about the 1970s Northern soul music movement in Northern England.

Truth be told, Jones is more than prepared. She has developed her craft and talent since the tender age of eleven with childhood buddies in her garden. “The three of us were good friends. We played a game we called ‘audition.’ I would act in front of the other two, then it was judged.” To Jones, this all seemed normal, a healthy desire to perform. “I guess it was the beginnings of The X-Factor,” she jokes referring to the British version of American Idol. Her first big break was just around the corner. At 13 years old, she nabbed a spot on the British TV show The Worst Witch, about a group of precocious young sorceresses at a magic academy. “We were six girls living in a hotel in London,” explains Jones. “Being away from home at 13 or 14 years old makes you quite independent.” She grew up fast and grew up wise.

Jones is light years away from the merry-go-round of young Hollywood starlets. She’s an intellectual and a product of Oxford University. She loves academia as much as she loves acting. Currently, she is working her way through Building a Character, the classic book of acting theory by Constantin Stanislavski. And she’s eating up a biography of Jean-Paul Sartre at the same time. The girl likes books. “I guess I’ve always enjoyed reading because I studied English literature in the university,” which comes in handy when filtering for quality scripts.

My first assumption, mistakenly, was that Jones had a certain predilection for female roles about the magical arts of alchemy. “It’s not intentional,” she states. Jones is not interested in any fourth dimensions. She’s a realist, and she’s happy to live on planet Earth, in her home in Worcestershire, on her couch. “There is enough going on right here,” she asserts with a grin.

There is, however, a sentimental nature to this pragmatist—something ethereal but rooted in solid company. Picture that curious crush you had when you were young. Not the wild child who lost control of her urges, but rather the smart cookie with whom you preferred spending awkward hours of sexual tension. The best role to illustrate this side of Jones is from a 2008 film called Flashbacks of a Fool, in which she becomes the object of desire of a boy played by Daniel Craig. The movie centers around a lazy afternoon of them playing Bowie and Roxy Music on her bedroom turntable. The film has fallen into a quasi-cult status with legions of YouTube commenters passionately identifying with the scene. “It’s a scene that can make you cry,” she says, acknowledging her audience’s reactions, “and [it makes you] think about your first love.”

As much as Jones dreams of conquering Hollywood, she doesn’t seem the type to get usurped by it. Instead her sights are set on careers like Samantha Morton’s or Julianne Moore’s (women who make “interesting choices”). The girl can still rock a dress on the red carpet and make the camera love her, but she prefers to do it on her own terms, ideally with comfortable, familiar dresses from her own closet.

Like a true Libra, Jones constantly seeks balance. She says it comes from a place of “desiring something else.” Then, right before she gets lost in any star-sign stereotypes, she reverts to that practical girl who sticks to her five senses. “I guess most human beings have that,” she says, shrugging off any astrological divination. “We always think there’s a better state to be in.”