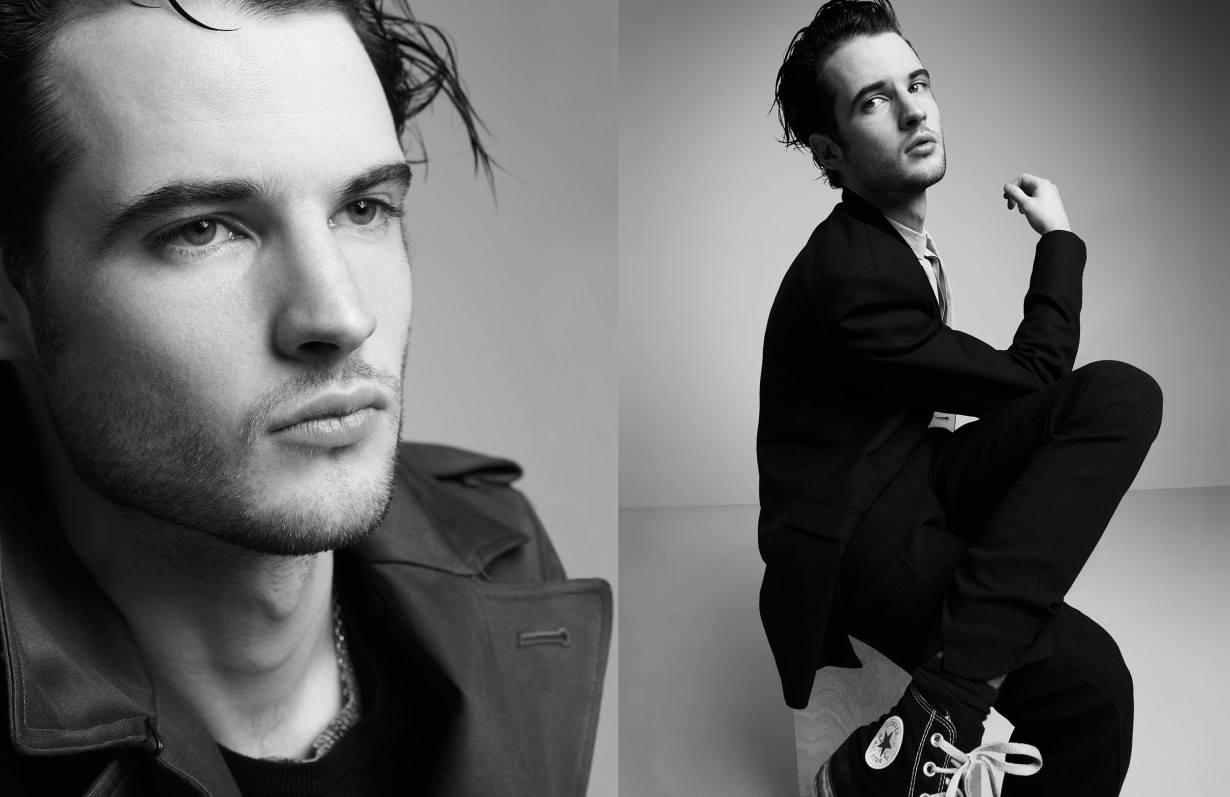 FROM THE ARCHIVE: TOM STURRIDGE, SPRING 2011

We’ve been around awhile now, and we know a lot of our readers might not have had the opportunity to experience our earlier issues. So we wanted to give you the chance to discover one of our favorite stories from our archive. Some of them feature actors, musicians, or artists who eventually made it big, talents we are proud to have tapped early in their careers. Some have brilliant writing, and some have beautiful photography. Some have both. But all of them are so great we thought they deserved a second chance. This week we present Jonathan Shia’s Spring 2011 profile of Tom Sturridge, fresh off wrapping the film adaptation of On the Road, which premiered at Cannes earlier this year and will be in theaters next Friday.

Last fall, when Tom Sturridge turned twenty-five, he spent the day in San Francisco at Vesuvio, the legendary North Beach watering hole favored by the Beat set. “I had one of the best birthdays of my life just sitting there from morning until night,” the British actor says. But it was also research.

Sturridge, who in recent years has worked opposite Bill Nighy, Annette Bening, Philip Seymour Hoffman, and Toni Collette, will next be appearing as part of an ensemble cast that includes Sam Riley, Garrett Hedlund, Kristen Stewart, and Kirsten Dunst in On the Road, the first big-screen adaptation of Jack Kerouac’s iconic roman à clef. In the film, directed by Walter Salles, whose Motorcycle Diaries recounted another momentous journey, Sturridge plays Carlo Marx, a fictionalized Allen Ginsberg, whose obsessive diaries served the actor as an essential resource. “You can work out from the book, vaguely, whether it’s summer, what month it is, and easily what year it is, and so suddenly it’s like, this is somewhere in June 1947. And then you can go to Ginsberg’s diaries and find June 1947 and literally read exactly what he was thinking, what he dreamt the night before, his impressions of the day, whatever,” he says. “It was incredible to have this access to his mind.”

As with many adolescents who discovered On the Road at the moment when compliance and naïveté begin to crumble under introspection and examination, Sturridge says the Beat classic had a profound impact on him. “It does something to you,” he says. “People have lots of differing opinions about its literary merits, but there’s no denying that when you’re a thirteen-year-old boy and you read that book, something inside you changes. For me, On the Road is about trying to work out how to live, to establish who you are, and how to impose your own value system on the world, which I think is what becoming a grown-up is.”

In 2009, Sturridge made his stage debut in the world-premiere production of the play Punk Rock with a highly praised performance in the lead role. Sturridge credits director Sarah Frankcom with helping him overcome his worries about entering London’s insular theater scene, where lack of a drama-school education is itself often reason enough for disdain. “She just slowly tricked me into understanding how to do it, I suppose,” he says. “I think the most important thing is there isn’t a difference between film and theater, in the sense that they only work when somebody watching you believes you, and that’s the only thing that matters.”

Before Punk Rock, theater had rarely figured in Sturridge’s plans. He explains that he had a “quite intense relationship with cinema” in his youth, citing the Dardenne brothers’ Rosetta and the animated epic Watership Down equally as key films. He calls Mephisto one of the main reasons he became an actor, as auditioning for Being Julia proved to be the only way he could think of to meet director István Szabó. But Sturridge says he found his live experience edifying, and he is anxious to get back on the boards again in the new Wastwater at the Royal Court in March. “On the stage, the moment you go out there, and you’re on there, you are on your own and completely in control of your destiny,” he says. “That’s a rare feeling, I think, as an actor, and an incredibly intoxicating one.”

Sturridge comes across as something of an autodidact, the rare young actor who is as comfortable discussing literature as his latest role. “For six months, I only allowed myself to read whatever was connected to the film,” he says about the time he spent shooting On the Road last year, “so it’s been a revelation being allowed to not read about what Gregory Corso was eating.” He points to James Joyce’s A Portrait of the Artist as a Young Man, Imre Kertész’s Liquidation, and J.M. Coetzee’s Disgrace as especially meaningful texts, and says he plans to tackle Ray Monk’s biography of philosopher Ludwig Wittgenstein next.

Which is not to say that he would consider himself a budding intellectual. “I would say the majority of my life is dominated by extreme laziness, indolence, and apathy,” he laughs. “I used to live on my own, which I loved so much because I could just sit in a room in silence and do nothing for long periods of time, just have incredibly mundane thoughts.”

And yet, Sturridge is clearly someone who faces life’s risks and uncertainties with careful deliberation. “I think a much closer definition of ourselves would be the way we act as opposed to the way we speak or the way we think,” he says. “But at the same time, I also think that no matter what kind of person you are, when you put yourself in those positions and do those things, you become the person who can do them. You change.” Clearly a road trip is not the only way to find yourself.

On the Road is out December 21 from American Zoetrope.