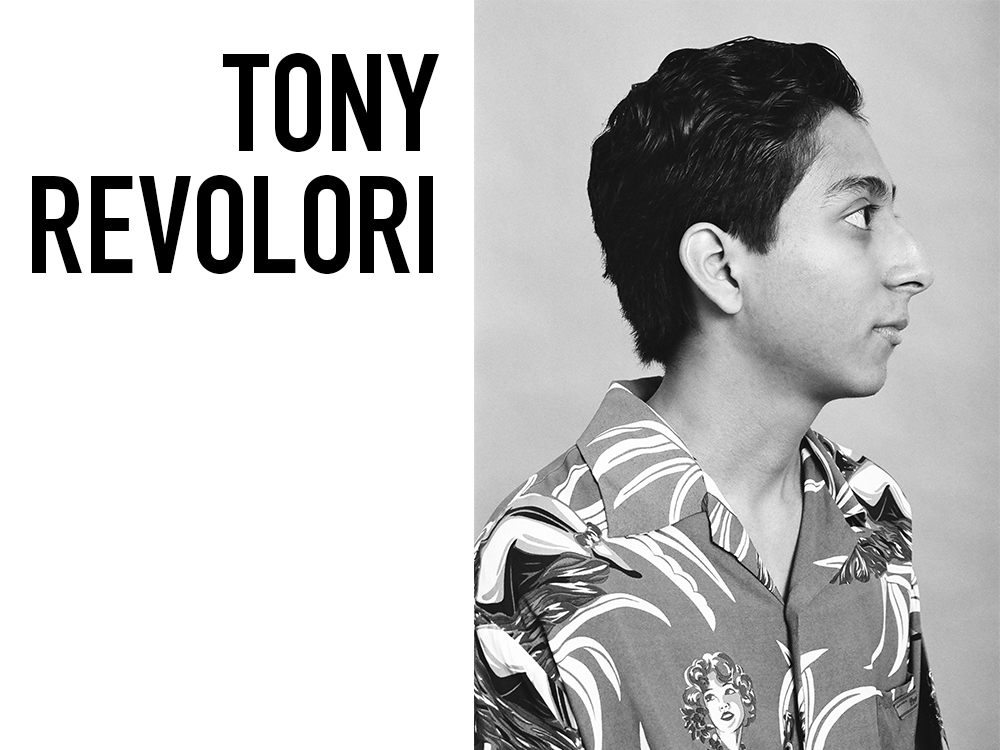 Few directors working today have as distinctive a style as Wes Anderson. From Bottle Rocket and Rushmore through The Royal Tenenbaums and Moonrise Kingdom, he has perfected an artistic vision that stirs up nostalgia, lost innocence, prodigious intellect, and pitch-perfect design into a storybook world where a meticulous surface gains added depth from swirling undertones of darkness.

For Tony Revolori, the breakout star of Anderson’s latest film, The Grand Budapest Hotel, it was that trademark perfectionism that made working with the director both so demanding and so compelling. “I think his work is a journey, but it’s quite simple because he guides you all the way there,” the seventeen-year-old Revolori explains. “The thing that I thought was the most challenging was the style of acting and the preciseness of everything. There are definitely beats and moments in every action that he has, and there are about thirty takes for every shot. He doesn’t ever cut and he twists little by little every time to get you to that place. You feel like you’re still free and he gets you there subconsciously. It really is something wonderful that you can probably never experience again unless you work on another one of his projects.”

Revolori stars in The Grand Budapest Hotel—a surprisingly moving murder-mystery caper set in the imagined Eastern European nation of Zubrowka—alongside a cavalcade of big names ranging from Ralph Fiennes, Adrien Brody, and Tilda Swinton to Edward Norton, F. Murray Abraham, and Saoirse Ronan, who plays his love interest. The film marks not only the young actor’s first foray into Anderson’s world, but also into the spotlight. The son of an actor, Revolori began his career earlier than he can remember, in commercials opposite his older brother Mario while the two were growing up together in Southern California. Bit parts in various television shows, from Entourage to Shameless, followed, as well as a role in the baseball-themed 2009 movie The Perfect Game, but, for all intents and purposes, Revolori is brand new.

Revolori says he first heard about the film—then just a mythical “untitled Wes Anderson project”—back in 2012, a few months after the release of the director’s last film, Moonrise Kingdom. Both Revolori and his brother were asked to audition for the lead role of Zero, a new lobby boy at the eponymous hotel under the tutelage of Fiennes’ spirited concierge M. Gustave. Anderson, no stranger to family drama, selected both siblings as finalists for the role, leading to a fair—if unsurpising—amount of competition. “We’ve been in situations like that before, many times,” Revolori laughs, “but never for this large-scale of a movie, so the heat was on!”

After a quick trip to Paris—Revolori’s first to Europe—to meet with Anderson, he landed the part and, with it, became what many commentators have noted is the director’s first non-white lead, a fact that passes almost without comment in the movie. (Revolori is of Guatemalan descent.) Filming began soon after in the small German town of Görlitz, just off the Polish border, where the cast and crew took over a dilapidated former department store for the hotel’s grand lobby, where much of the action takes place as the specter of World War II darkens.

Young actors often gush about getting the opportunity to work with legends they look up to, and Anderson’s style—along with the secluded location—helped foster a comfortable atmosphere wherein Revolori quickly found his place. “Because we were in this sleepy little town, every night after twelve hours of shooting, we’d all give ourselves five minutes to get ready, go down, and eat dinner in this beautiful hotel. It was wonderful because it really created a family environment, and you get to know your cast a lot better than you would otherwise.”

The marquee power of Anderson’s name and his starry cast has also meant that Revolori has been thrown into a whirlwind of screenings and press conferences and junkets the likes of which he had never imagined before. “I don’t have any other experience to compare it to, but I’ve been enjoying it,” he says. “I love talking about this film because I want everyone to know how much fun I had making it and all the stories that happened. It’s been a year since we shot, and coming back to that mental state that I was in when we shot The Grand Budapest is amazing.”

Revolori has, by now, become somewhat of a seasoned pro on the circuit, although he still admits that what has surprised him the most about the whole process has been the idea that people find him interesting, a sentiment perhaps common among teenagers, although decidedly less so among teenagers in Hollywood. “I feel like I’m a pretty uninteresting guy,” he laughs.

With another film already under his belt—one which he shot over the past winter in Mumbai alongside The Life of Pi’s Suraj Sharma and which required him to learn his Hindi lines phonetically—Revolori is well overdue for some downtime, but he refuses to take it easy. “I don’t want to relax,” he says. “I just want to keep working.” He continues to fine-tune his own scripts on the side—a pursuit of his for many years now—but is quick to point out that, even as his moves on, his time on set in Görlitz will stay with him. “Working with Wes and all this grand cast was an amazing experience,” he says. “The knowledge I gained from them was something that I definitely wanted and needed, and I couldn’t have asked for anything more.”

The Grand Budapest Hotel is out Friday from Fox Searchlight Pictures.

1 /2
Left: Shirt by Dries Van Noten. Right: All clothing by Band of Outsiders.