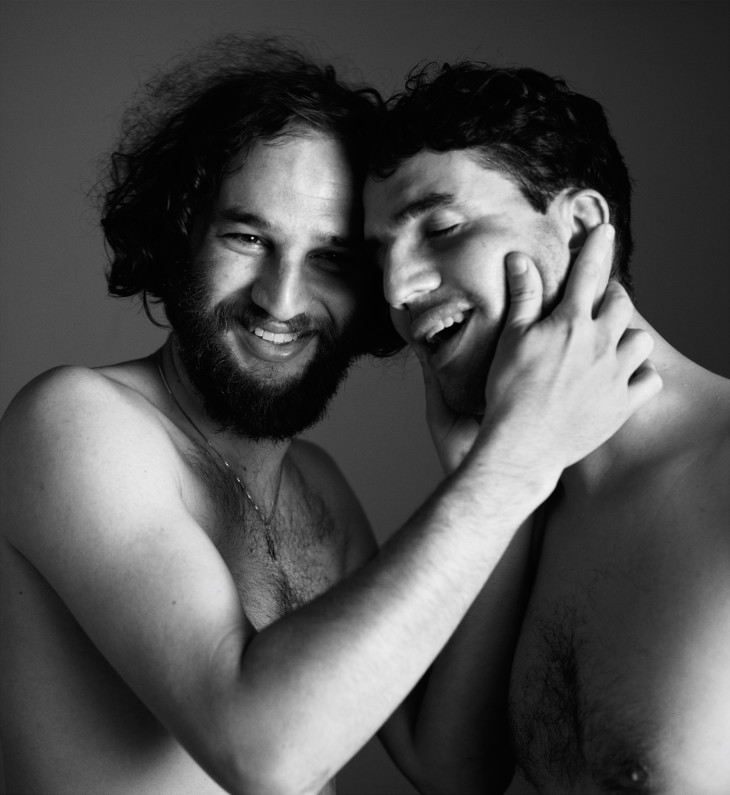 For an acclaimed pair of filmmaker brothers, Josh and Benny Safdie have had a rather complicated relationship with the camera. As children growing up between Queens and Manhattan, they were constantly being filmed by their father, who would tell them that they would come to appreciate the videos when he was no longer around. “We grew to resent the camera because it was this thing that represented the future,” says Benny, “which was very much unknown.” Their father’s camera exalted that future over the present moment, an idea that he says their work now rebels against: “In a weird way, going into filmmaking is our way of yearning for a primal, raw experience.”

Primal and raw are fitting descriptions for the Safdies’s work, from their Cannes-approved feature début The Pleasure of Being Robbed, about a kleptomaniac traipsing through the streets of New York, to last year’s Good Time, which starred Robert Pattinson on a wild, thundering nightlong crime spree as he attempts to break his brother, played by Benny, out of jail. In between, there was Heaven Knows What, starring Arielle Holmes and Caleb Landry Jones as a homeless heroin-addicted couple and based on Holmes’s own unpublished memoir. “There’s something fiercely independent about a group of people who basically decided to live by their own rules when that meant usurping and taking advantage of society in order to live in their own world,” explains Josh, thirty-three, about their fascination with the rough edges of human experience. “When we sat down and created these characters, it was really coming from a place of pure attraction and interest.”

Good Time, for which the pair were nominated for Best Director at the 2018 Independent Spirit Awards, was their breakout of sorts, thanks in part to Pattinson’s fame. He was also, according to the Safdies, the catalyst for the film, having reached out to them himself after seeing a still from Heaven Knows What. “When Rob approached us to make a movie, he said he’d do anything,” Benny, thirty-one, recalls. “We didn’t even know what it was, but there were these ideas that Josh had just lying there nascent and it was like, ‘Maybe now’s the time to really explore that.’ Rob kind of lit the fire.”

This year, the Safdies—who have until now found success largely outside the studio system—will begin production on a remake of the 1982 crime comedy 48 Hours for Paramount, as well as their own long-burgeoning Diamond District caper Uncut Gems. They’ve also begun to branch out into music videos, with projects for Ariel Pink, Jay-Z, and Oneohtrix Point Never and Iggy Pop on their CV. The constant throughout is their partnership. “I can’t say how many times somebody has said to me, ‘I don’t know how you do it, I can’t even spend two minutes in a room with my brother,’” Benny laughs. “I can’t really understand.” Josh agrees, “I feel bad for those people.”