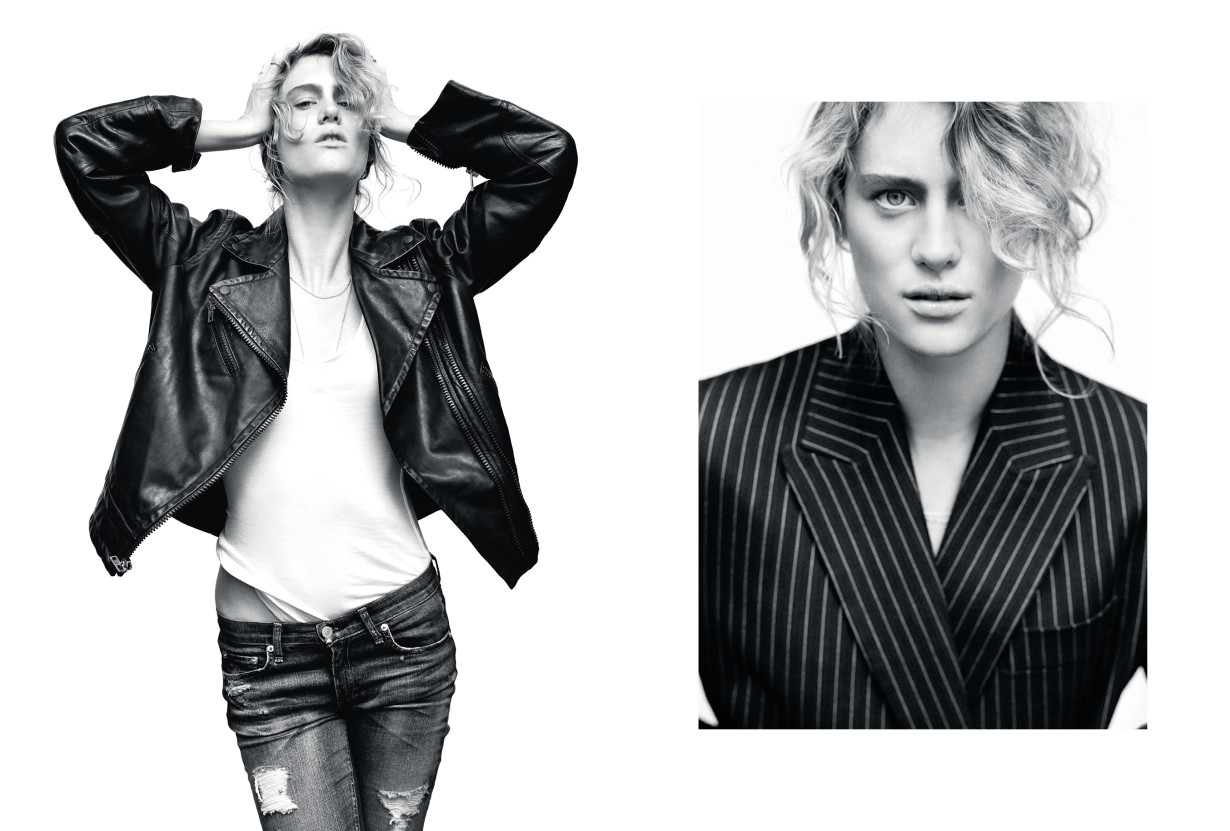 Rising actress Mackenzie Davis made a name for herself at last year’s Sundance Film Festival playing a crucial supporting role alongside Felicity Jones, Guy Pearce, and Amy Ryan in Breathe In, the new domestic drama out in wide-release this March from Like Crazy director Drake Doremus. Here, we look back at Davis’ time coming up.

She might be one of the most buzzed-about rising stars to emerge from this year’s Sundance Film Festival, but Mackenzie Davis doesn’t like to talk about herself. The actress is so easygoing, so casual, so interested in the other person, that before one realizes it, you’re both deep into weighing the merits of The Bling Ring and Miley Cyrus’s new single as opposed to her own recent success.

Which, as you quickly learn, is just the way she likes it. We’re meeting over a glass of wine at New York’s Soho Grand Hotel to discuss her new film, Breathe In, but it’s easier said than done. “It’s not like I’m a huge movie star or anything, so I’d rather talk about other stuff. Anything, really!” she laughs. While the 26-year-old might not be a movie star quite yet, that’s probably going to change soon, thanks to a remarkably captivating performance that has everybody talking—whether she likes it or not.

The Drake Doremus drama, which premiered at the Utah festival in January, centers around a seemingly-perfect suburban New York family whose foundation cracks with the arrival of an English visitor. High-school exchange student Sophie (Felicity Jones, who led Doremus’ earlier feature Like Crazy) begins an illicit relationship with the family’s patriarch, Keith (Guy Pearce), who is also her music teacher. This forbidden affair might be on the forefront of everyone’s minds during the film, but it’s Davis’ portrayal of Keith’s daughter Lauren that stays with the audience long after the movie ends. Filled with that burning anger that brims out of the perma-adolescent feeling of not being good enough, she’s torn between protecting the familial status quo and loyalty to her mother (played by a pitch-perfect Amy Ryan). Lauren might only be seventeen, but this suspicion, hurt, and betrayal by a girl who manages to steal both her father and her crush will resonate with adults and teenagers alike. According to Davis, diving back into that high-school angst wasn’t as tricky as one would imagine. “I feel so racked with insecurity and anxiety normally anyways, I was able to go back to that place really quickly,” she laughs. With her slender, statuesque build (she’s 5’10”), dark blonde hair, and friendly, open face, it’s hard to imagine the gorgeous newcomer ever suffering through an awkward phase. But still, she says, the immense pressure of living her longtime acting dream made the transition into Lauren’s continual state of unease that much more genuine.

“I think I was so overwhelmed in general, because when I was doing the movie I was twenty-four. I had just graduated from theater school and I was like, I’m going to be a failure!” With only one small part on her CV thus far (another Sundance indie, Smashed), the McGill alumnus was living in New York and temping with an agent. She had recently wrapped up training at the Neighborhood Playhouse when she heard about the audition. “I auditioned and then met with Drake a month later, and then right after that I found out I got the part,” she explains. “The process was both long and fast.” Although theater had been the original goal, complications with international green cards—Davis is from Vancouver—made the stage more difficult to pursue than film. Either way, Davis is definitely not complaining. “When I realized that I was actually going to do the thing that I’ve been dying to do all my life, I just felt so intense and wouldn’t let anything distract me. This might be why I’m so emotionally connected to the role.” Doremus is famous for making his actors improvise their scenes, a technique which, according to Davis, “made the whole thing that much more intimate. You made lots of mistakes, but it’s worth it.”

Now, with a critically-acclaimed supporting role under her belt, it’s no surprise everyone wants a piece of the Los Angeles resident. “I’m trying to be both picky and also take everything with a grain of salt,” she shares. The only thing about her rising star power that she’s not necessarily looking forward to? Red carpets. “I don’t have much experience in doing red carpets and promo, but it’s not very interesting to me. It might look glamorous, but when you’re in, like, eight-inch heels and stuff that you’ll never wear, it just seems bizarre,” she says. “The whole idea of a movie star is so unnatural.”

She has no fewer than seven films coming out within the next year, including the romantic comedy The F Word costarring Daniel Radcliffe, the Hawkins brothers’ crime drama We Gotta Get Out of This Place, and That Awkward Moment with Zac Efron and Imogen Poots. Most pressing on the agenda, though, is returning back to Los Angeles this week to begin filming The Kitchen Sink, an alien, zombie, and vampire comedy that, in her words, is “totally weird and cool.”

Something else that’s admittedly weird and cool: Davis’ unusual hobbies. Rather than, say, ski or cook (“I don’t like spending time on something and then having it disappear!”), the actress likes to craft sculptures out of owl parts and pellets when she’s not working. “My thing is to buy them on eBay from people, like, in Texas, and make stuff out of them. I don’t know how much time I’ll have for that activity anymore,” she says, laughing. And with that, the conversation quickly shifts back to Miley before she checks her phone, realizes she’s late for her plans tonight, and bounds out the door.

That Awkward Moment is out Friday from Focus Features.