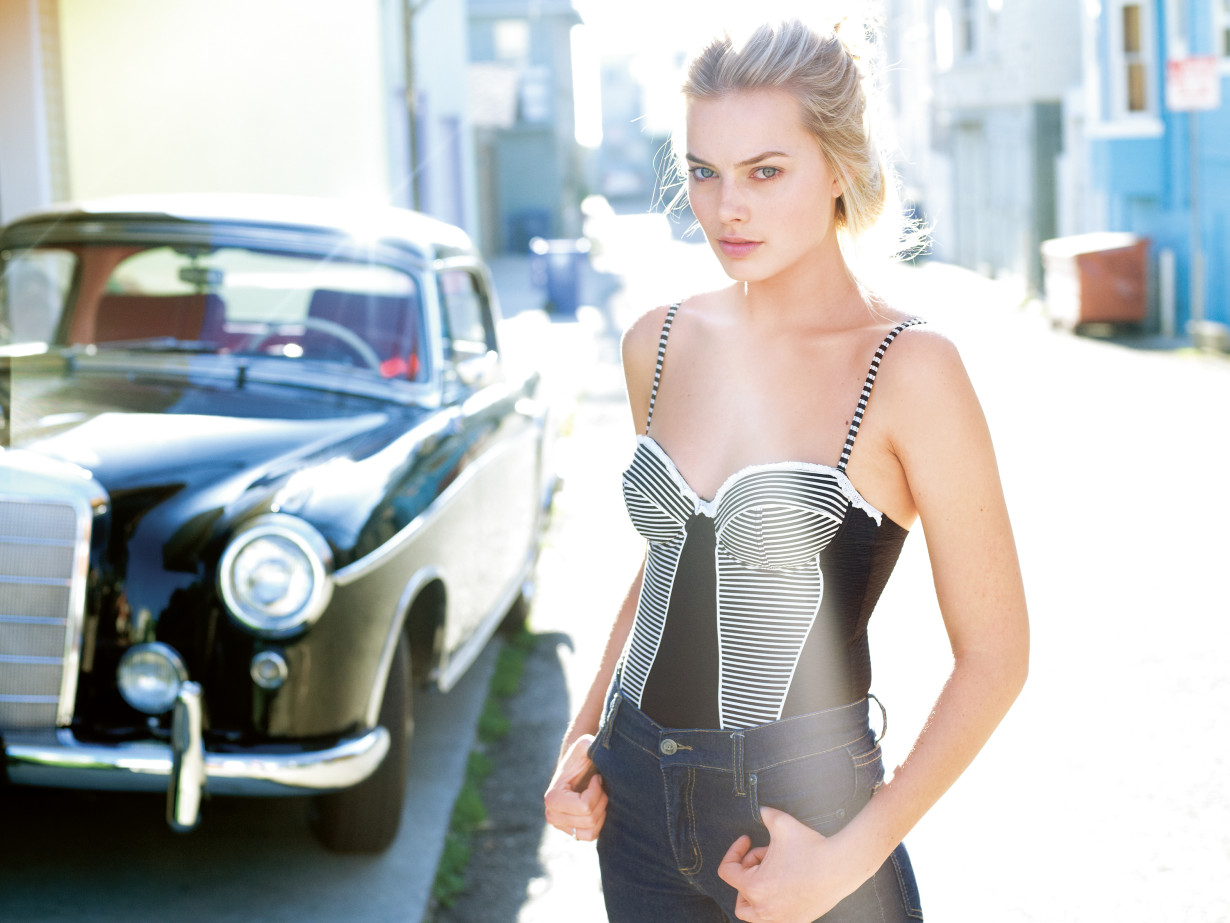 Back in our seventh issue, frequent contributor David Mushegain stumbled upon a then-unknown actress at a friend’s birthday party. Fortunately, he noticed her talent and her beauty and captured her as part of our series, The Last People. In this intimate photo, Margot Robbie, who is now starring opposite Will Smith in Focus, out Friday, is as radiant and fresh-faced as ever.

“A few months back, I drove to Venice Beach to attend my dear friend Alex Jackson’s birthday party. I walk through the house and towards the backyard. Stepping onto the porch, immediately my eyes are drawn to this amazingly beautiful young lady. She’s got blonde hair and a very cool way about herself: a bit bohemian and a gorgeous smile.

“I’m intrigued. I ask around a bit and find out she’s the new roommate of my friend Gio. I ask to be introduced, and this is how I first met Margot Robbie. She’s from Australia’s Gold Coast. I don’t know what they put in the Australian drinking water, but they seem to have some of the most beautiful actresses in the world. If you are a faithful Last Magazine reader you might recall Phoebe Tonkin, whom I wrote about a couple of issues ago. Honestly, Phoebe and Margot have to be two of the most striking young women I have ever seen. Actually, it turns out that Phoebe and Margot are good friends, which is really cool. I end up talking to Margot for a while, and I ask her if I can photograph her. We plan to meet in Venice a couple days later. Margot is gorgeous and she’s mellow and that made for a fun shoot. Turns out she was on an Australian soap opera called Neighbours, which I guess is rather iconic there. Shortly after we met she booked a role on Pan Am, a new show. We shot this photo in the alley behind the house she was living in. No idea whose car that is, but it made for a good prop. We shot some really fun photos that day, but will keep those for the archives for now.”