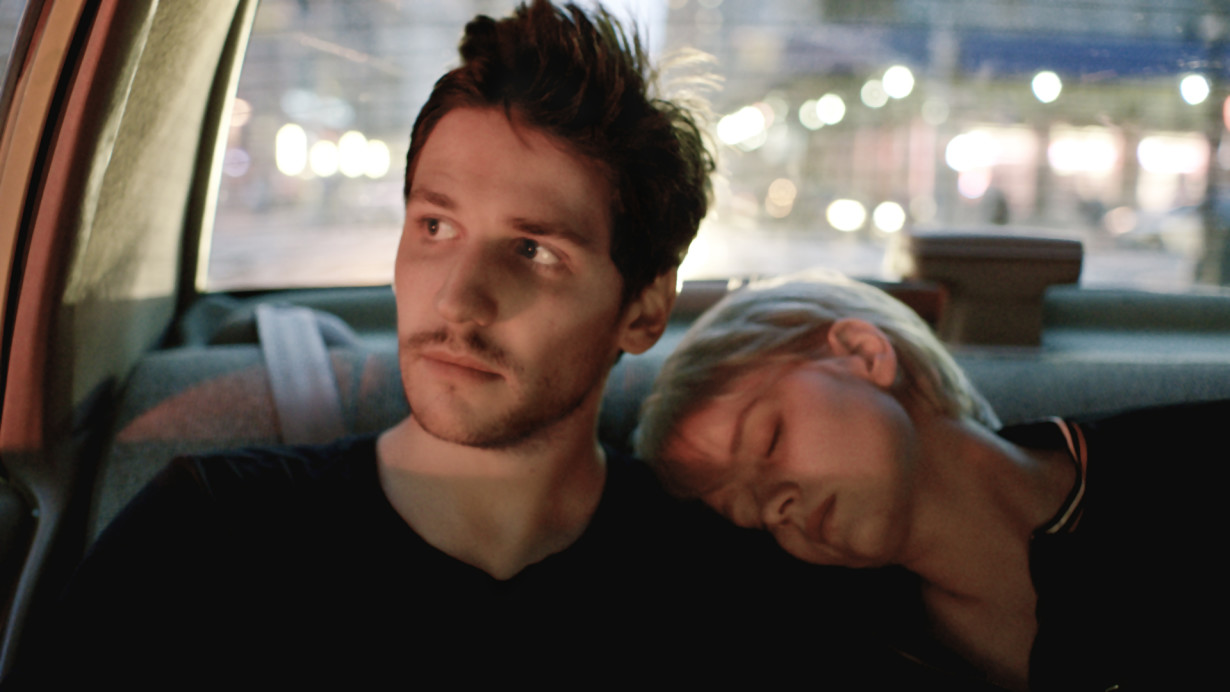 'EDEN' AND THE FRENCH TOUCH

Mia Hansen-Løve’s fourth feature film, Eden, out this week and co-written with her brother Sven Hansen-Løve, takes a nostalgic look at the French music scene of the Nineties. The film follows the adventures of Paul (played by Félix de Givry), a DJ with a penchant for garage house, as he rises to the top of the electronic dance music scene only to crash as he falls out of fashion, develops a drug problem, and goes bankrupt. The story is in part inspired by the real-life experiences of Sven, who was himself involved in the Nineties music world. But Eden is not simply a tale of one man’s descent into the world of sex, drugs, and garage. Paul starts a DJ duo called Cheers, while his friends form Daft Punk. As Cheers breaks apart, Daft Punk rises to the stratosphere.

Indeed, according to Sven, “music is the real character of the movie,” especially the “hedonistic and hopeful era of the Nineties” that has now been lost forever. For Sven, the party came to an end after 9/11, which was “the breaking point.” The millennial generation has been marked by various crises (political and economic) and this seeps into our music, which is “darker and deeper.” Think of Daft Punk’s last album, Random Access Memories, steeped in notes of melancholy and longing. In fact, one of the final haunting tracks in Eden is from this album—”Within.” When asked why he thinks Daft Punk has been so successful, Sven remarks that Guy-Manuel de Homem-Christo and Thomas Bangalter have always been “visionaries,” who were able “to predict the next big thing in electronic music,” constantly reinventing themselves in the process. The French duo was instrumental in realizing the film when the producers struggled to secure copyright for all the music they wanted to feature in Eden. In certain cases, finding the owners of the rights was akin to “solving a detective story,” Sven explains, and in most cases these rights were way out of the film’s budget. Daft Punk gave Mia and Sven Hansen-Løve three of their songs for an affordable license fee “as a gift” and an example to other music groups. Once the producers had Daft Punk onboard, the others soon followed. What we have, as a result, is a beautiful film whose pulsating heart is the bygone optimistic spirit of the Nineties.

For Sven, the film is not only about the music industry, but also about the choices that many young adults have to make—whether to follow one’s artistic ambitions or to take a regular job to make ends meet. To make art always entails a risk. This is why the bifurcated storyline of Eden, with Cheers failing and Daft Punk succeeding, is so powerful—one never knows which way the cookie will crumble. But it’s not all hopeless. After all, Paul manages to lift himself after failure, as he finds a new artistic calling in writing fiction.

When asked if there are more films in his near future, Sven demurs and says that he is working on a novel. He explains that the film industry, like the music industry, has become “a bit too much,” and he is looking for a place of retrospection. Hopefully, like Paul, he can find it in literature.

Eden is out Friday from Broad Green Pictures.