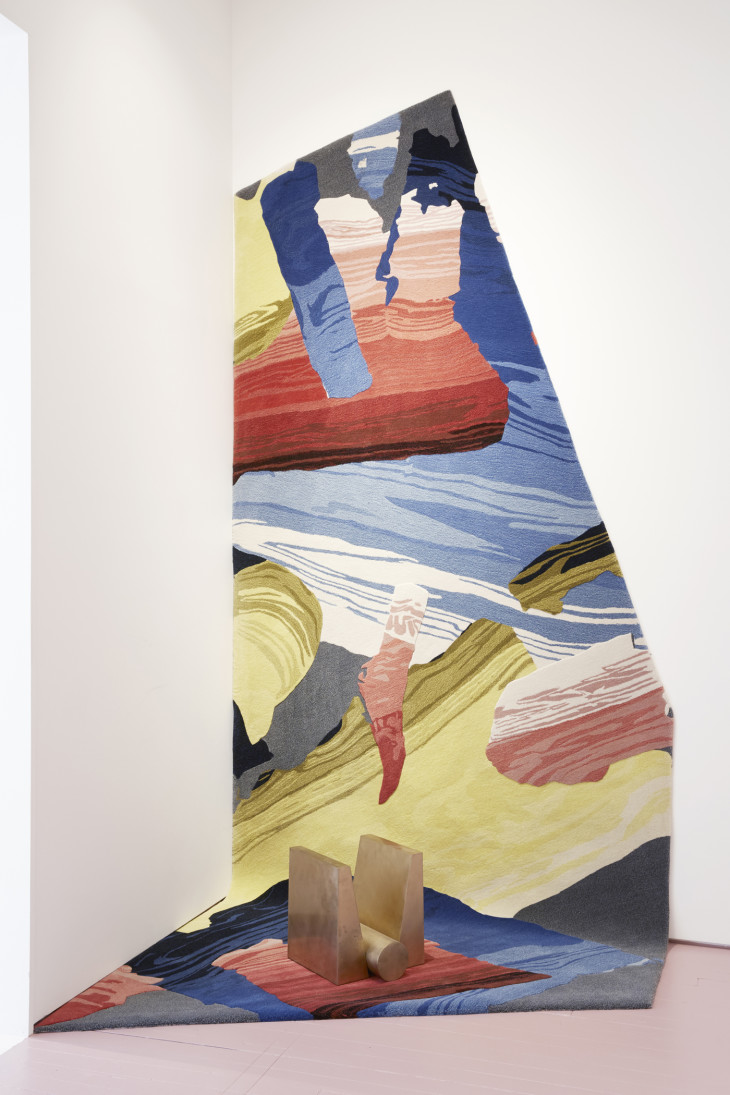 When the women behind New York-based design label Egg Collective—Crystal Ellis, Hillary Petrie, and Stephanie Beamer—first graduated from architecture school, they were the only females in each of their respective woodworking workshops. “You got a lot of looks when you walked in,” says Ellis.

Indeed, think about how many female carpenters you know, or famous female designers you can count. “People think women aren’t interested in building things, or that women aren’t capable of building things,” says Ellis. “Designing Women,” a group show curated by Egg Collective at their showroom on Hudson Street in New York’s Soho neighborhood, proves both points wrong.

The show brings together sixteen female designers, including themselves. “We really wanted to put together a show of women who have strong, individual voices and who are at different stages of their career, working in different mediums and materials and also different scales,” says Ellis of their curating criteria. They decided to start locally, focusing on designers in New York City. While they knew some of the participants personally, they cold-called others. They’re not afraid to admit there were small moments of fan girl-ing as they reached out to a few designers whom they’d long admired, including Dana Barnes, the textiles artist known for her seductively tactile, oversized knit creations. Barnes ended up contributing one of her “Rigger’s Knot” pieces, here envisioned as a 28-inch-high motley braided merino wool pouf in dark blue and gray. “She was lovely,” says Ellis. Around the showroom are moments of genius, such as designer Lindsey Adelman’s organic, sculptural blown-glass lights, appropriately named Small Knotty Bubbles Pendant and Large Knotty Bubbles Pendant. Cast in a dreamy ocean blue, one side blooms into a warm, muted yellow when Petrie flicks the switch and turns the light on; bound in sailor’s rope, the effect is the lighting equivalent of a halcyon summer’s day. In the middle of the room is a table by Anna Karlin, who works across both digital and physical worlds. The result: a table and stool set, cast in blackened steel, whose layered silhouette could almost be described as graphic. Meanwhile, hanging on the wall are woven masterpieces by textile artist Hiroko Takeda, who works out of a studio in Gowanus. For the show, she’s contributed three pieces: a three-dimensional, honeycomb-style, woven work of art; a twin set of silver-threaded tapestries; and a gilded wall hanging that almost looks like it was cast in metal. Each was crafted specifically for the show. “She churned them out, she must have worked for a month straight,” says Petrie. “I don’t know how she slept,” agrees Ellis.

Egg Collective’s own contribution is the Isla coffee table, a low-set piece crafted in bright Douglas fir wood. Their work, which spans a breadth of natural materials such as stone, metal, wood, glass, and leather, tends towards the organic and sculptural, and often mixes textures. “We like working across a material palette,” says Ellis. They founded Egg Collective in 2012, and from the beginning the trio designed and produced a lot of the wooden pieces themselves. (They gave themselves seven months to break into the design world; they went on to win Best New Designers at the International Contemporary Furniture Fair that year.) Today, they have a woodshop in Sunset Park, but they still consider Egg Collective as much as a design company as a manufacturing one. “If you talk about the design world and how few women there are in that, that’s one thing,” says Ellis. “If you talk about the manufacturing and woodworking world, and how many women are in that—that’s an even smaller percentage.” If the show isn’t strictly about feminism, it’s definitely about celebrating women and their capacity to imagine, design, and create. The trio themselves were only introduced to woodworking by way of an inspiring female teacher at architecture school—“It was Woodworking 101, and we had a professor who would play Johnny Cash and bring in donuts, and our minds were blown,” says Petrie—and they’re concerned about setting a similar example for future generations.

“I think [the show] was our response to the current political climate,” says Ellis. “Women need to be respected and we need to be thought of as equal, and we’re not just here to look pretty, or be grabbed or groped or be on the arm of some man. We are capable and we can stand up for ourselves, you know?”

“Designing Women” runs through May 26 at Egg Collective, 304 Hudson Street, New York. Twenty percent of all proceeds go to Girls, Inc. of NYC.