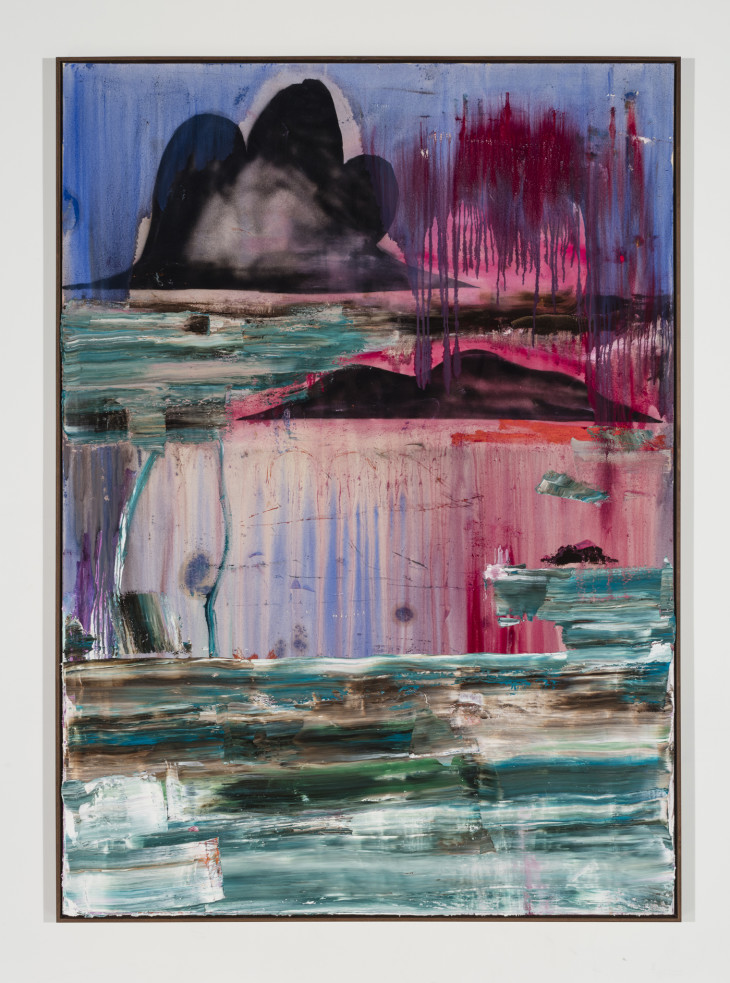 “There are two types of voices, according to the ancient Greeks: the articulated voice, phōnē énarthros, which is clear, and the confused voice, phōnē synkechyméne, where articulation is lacking,” says Benoît Maire. “I have always been more interested in the latter.” For this French artist, philosophy is the foundation for his œuvre. Distinguishing between and making sense of these two voices is at the heart of his conceptual creations. Knowledge, justification, rationality, and belief are explored to add meaning to his works in the search for ultimate truth.

Maire believes that he is “doing philosophy, but a type of philosophy that draws on objects and methods derived from art.” He combines everything from sculptures to his abstract oil paintings to carefully selected furniture and everyday objects to evoke curiosity in his viewers. Take his piece Medusa, for example, an abstract bronze sculpture positioned opposite an abstract oil painting—a tongue-in-cheek mixed-media piece, calling to mind those who turned to stone after gazing on Medusa’s face. “Philosophy is the organization of ideas, and that is exactly what I do,” he continues. “Philosophy asks questions such as what it is to be human or what life is. I value these questions and I address them in my own way as opposed to dealing with issues that are more specific to art, such as surface, perspective, and so on.” This thinking is clear not only in Medusa, but also in other works like 2017’s Déchets indexés (either, or), where a strombus gigas shell is placed next to a glass cube, or Oubli, from 2015, which depicts a Roman concrete head resting on a computer keyboard and a block of granite. Maire’s affinity with art began when he first encountered a picture of Ad Reinhardt, a “documentary photograph showing the elderly painter sitting next to one of his black monochromes,” he recalls. “He looked completely exhausted, not to say despondent—rather like people who sit watching TV in their living room.” It was after early introductions with the works of Klee, Kandinsky, and Giacometti that the dots started to connect. To Maire, Klee’s philosophical drawings worked on archetypes, and, as he puts it, “a drawing of a fish is not just a picture of a fish, but an analysis of its skeleton and an attempt to extend it into something else, the development of a flower. In his analytical drawings, Klee refers to laws of nature that unfold, as if he were seeking out visual and archetypical equations that might explain, if not why, then at least how things appear.” The concepts of perception, interpretation, and reality have been set in Maire’s consciousness ever since.

He recalls that there wasn’t a single lightning-bolt moment when he realized that he was destined to take his fascination with philosophy and turn it into art, but undoubtedly his discoveries as a teenager had something to do with it. For Maire, it seems that the evolution into an artist was a slow process, mirroring the way he creates to this day. “My practice has always had to do with collage,” he says. “I would take anything, a little thing like a scrap of torn paper that reminded me of something or other, and I would put it next to a stone. I would arrange things in sets on the floor.” Then the notions of meaning and the blurring of functions came into play: “One day I realized that the scraps of paper meant something to me, but not to anyone else. So I began to use objects that already have a set meaning, that have the ability to be, if not symbols, then at least figures, so that my artistic vocabulary could unfold in the sphere of æsthetic judgment.” Since then, Maire has set out to see, scrutinize, and question the world around him. “Language is always formal, whereas meaning can exist without being formalized or signified,” he explains. In his search for lucidity within the gray areas and through looking at signs, he has documented this idea via paintings as well as various other mediums including sculpture, photography, collage, and performance art. Although, perhaps surprisingly, it is the art of acquiring that appeals to him the most. “Actually I like to buy,” he says. “To buy can be a medium. I buy minerals, prehistoric tools, furniture. It is a way of working.” These elements are then combined and presented as his art.

This interdependent process of learning from other things and beings feeds into his way of working. Maire doesn’t just look within himself but also to others in his thoughtful inquiries, currently collaborating with the epistemologist Anne-Françoise Schmid, “who defines philosophy as a series of misunderstandings between authors,” bringing his art full circle back to the Greek gods and their paradoxical voices.

In his search for truth, Maire explains, “Artwork is something that comes into existence and may contain truthful elements and truth effects, if the event in which it originated is somehow relevant for that purpose.” In his pursuit, he has come to the conclusion that, as with his creations, one may not discover the truth, but can only “live with it” instead.