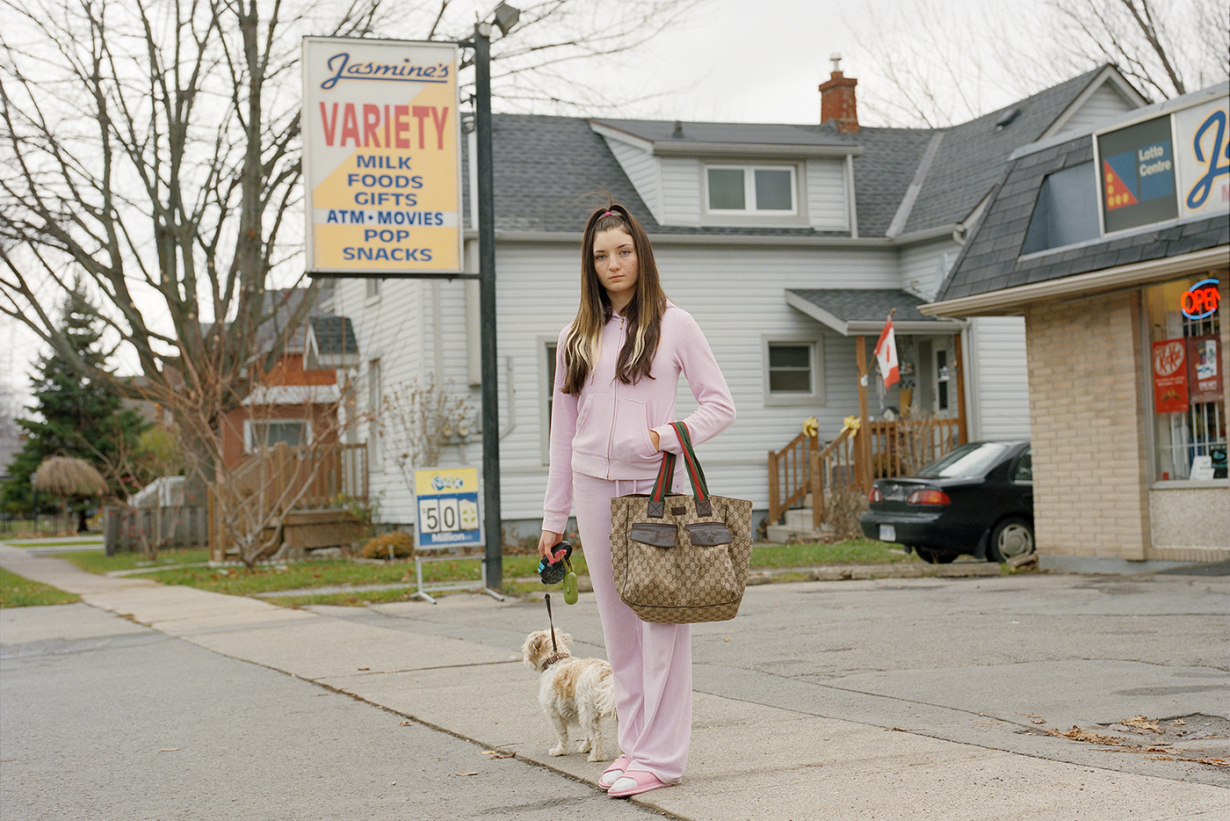 Upon meeting a friend’s daughter Maxine at a book fair, the Japanese photographer Fumi Nagasaka was taken by the teenager’s interesting style and asked if she could photograph her at home in southern Ontario. When Nagasaka first began to shoot her in her small Canadian hometown, Maxine was constantly clad in pink tracksuits, with a Kardashian-esque æsthetic that contrasted adamantly with her suburban surroundings. But when Nagasaka returned the following summer to photograph her again, she found that the teen had retired her previous look in favor of Adidas and BMWs—and wondered how she would be able to turn her Ontario photos into a collection. “I wasn’t really sure how I could put all these pictures together,” she explains, “and then I got this idea of photographing other teens.” She ended up concentrating on four girls in their hometowns, which shaped her new book Teenage Riot. Much like Maxine, the other adolescent girls in her collection are compelling products of their environment. Sisters Isabella and Alana from Bushwick, whose mother Nagasaka also frequently shoots, are as irreverent as the borough they live in, walking around in their mom’s Louis Vuitton and Fendi while gabbing about boys and smoking. The final subject Fubuki, a young student from Tokyo whom Nagasaka shot in her native Japan, is less outspoken, evoking a shyness and reservation the photographer recalls from her own childhood. “I thought these four girls in three different cities could be very interesting to put together as a small riot of teens,” Nagasaka explains. “Teenagers, they have something to say—it’s not a big riot—but it’s a small riot inside themselves.”

Time as a theme in Teenage Riot strengthens the ephemeral feeling of the photos. Though the girls have their individual styles and personalities, partly informed by their surroundings, they grow and change, sometimes becoming barely recognizable in a matter of months. But the intimate nature of Nagasaka’s photos offers them up as brief pauses in this unique time in her subjects’ lives. The intermingling of adolescents and their surroundings in a theme not foreign to Nagasaka. Her previous book, 2016’s Untitled Youth, is also a meditation on growing up, featuring young subjects she met or happened across. In both collections, her ability to connect with her subjects creates glimpses of growing up that are intimate as well as anthropological.

Teenage Riot is out now. Pick up your copy here.