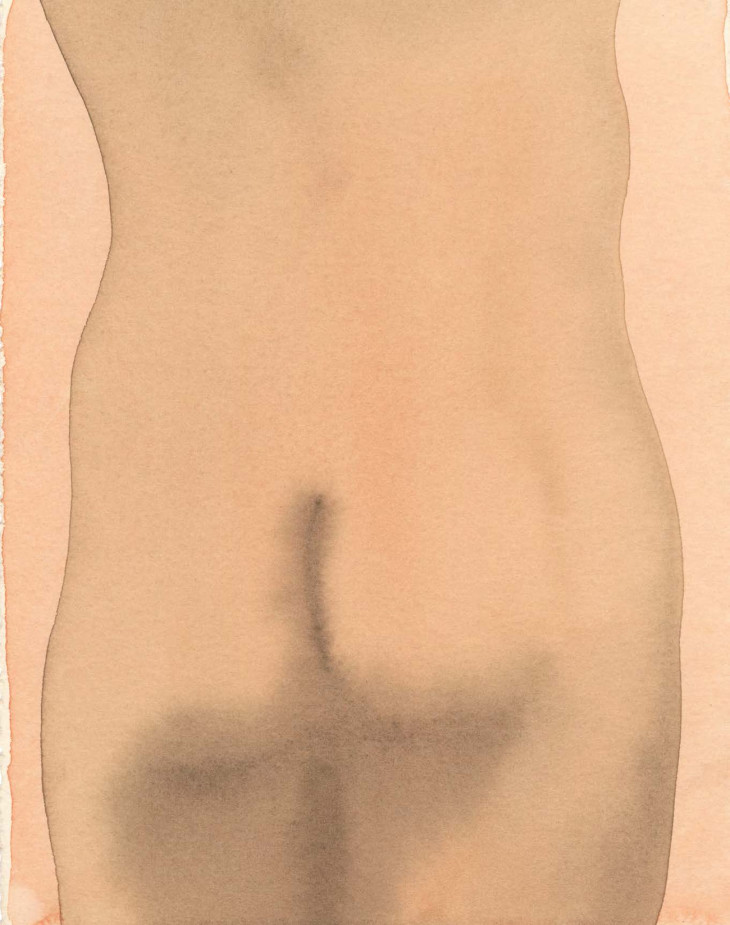 Artist Mats Gustafson already had a burgeoning career in fashion illustration when he moved to New York in 1980. Having honed his craft in his home country of Sweden, his signature silhouettes, usually created with watercolors, have graced brands like Vogue, Dior, and Yohji Yamamoto through the years. A stylish career in the city obviously had its glamorous implications, but the bitter air of the AIDS crisis also affected Gustafson’s point of view at the time. As a response to panic and feelings of foreboding, which were felt through every sector of the city, he started a series of nude sketches—a sharp turn away from his familiar fashion-forward subjects. His new book Nude, compiled years later, chronicles some of these renderings from that tumultuous time, as well as his other concentrations on the body, with subjects ranging from friends of his to models he has worked with in the past. “Some were made for editorial magazines, some were commissioned by a department store, but most of them are just personal work from a time when I needed to approach something more ‘existential’ than fashion,” Gustafson explains.

The crisis was characterized by fear as well as profound examples of advocacy and Gustafson’s own form of activism was to focus on the human form without a fashionable slant. The images helped highlight a sense of delicacy and volatility attached to each body—something that was lost as the lives of those affected became reduced to statistics and cautionary tales. He even painted his partner at the time, who had tested positive for HIV but is fortunately still alive today. Gustafson’s perfected watercolor and ink techniques lend themselves to depicting the organic human form, with the fluid lines emphasizing how whimsical and wayward the body can be. “As I remember, I took snapshots that I worked from,” he explains. “I didn’t want my models to stand or sit for hours. I thought of the images as both portraits and nude ‘acts.’” Some subjects pose elegantly while others arch erotically, but, gathered together here for the first time, all exemplify Gustafson’s ability to evoke so much with a few meaningful strokes.

Nude is out now. Pick up your copy here.