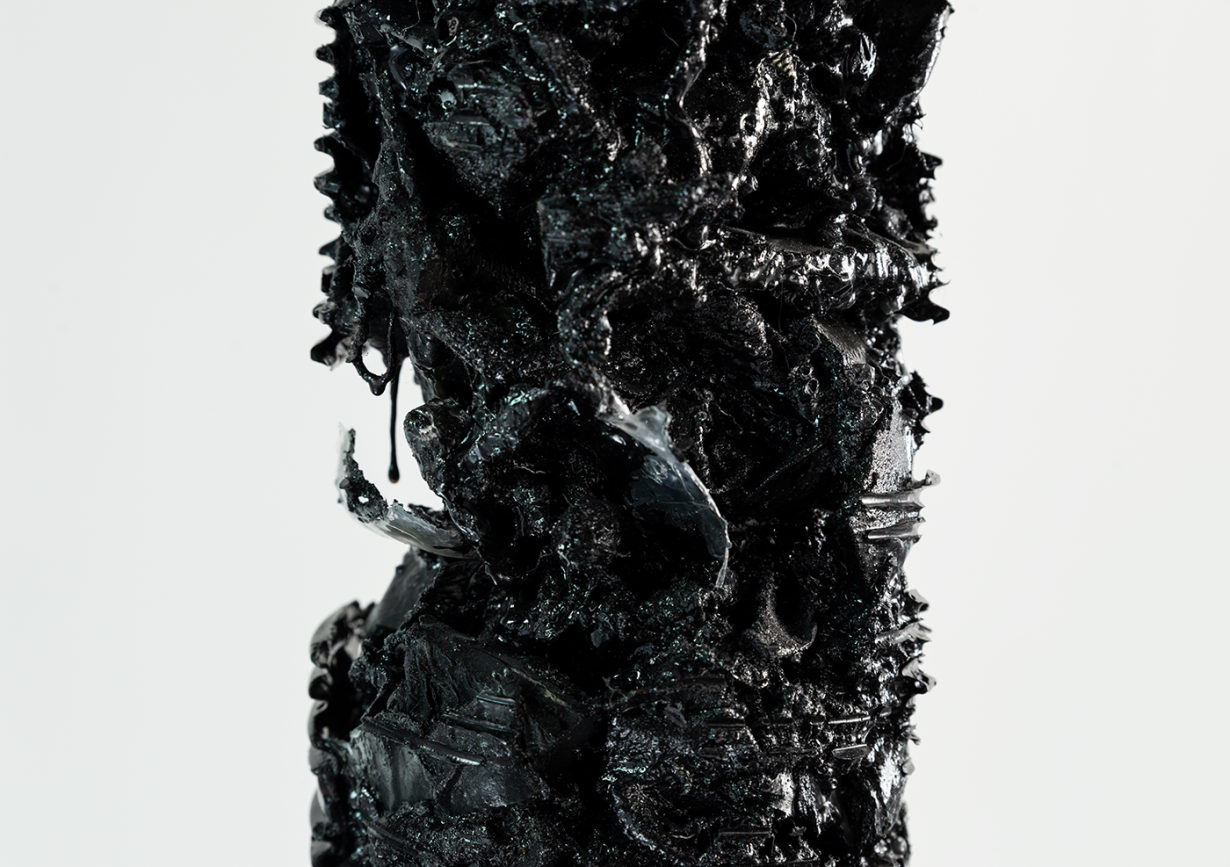 Todd von Ammon has always been into art, reaching back to before he first got a summer job during high school at the Berggruen Gallery in his hometown of San Francisco, which specializes in twentieth-century sculptures and paintings. From the very beginning, he admits, “I just knew I loved art galleries.”

A love like that stays with you and it certainly did with von Ammon, so much so that he decided that the art realm was the only one for him. “I never really pursued any other profession thereafter,” he explains. “Aside from just enjoying being inside of art galleries, I realized that these (usually) small businesses incorporated everything I love—organizing shows, writing about art, building a community. There wasn’t anywhere in the world where I felt more comfortable than in an art gallery.”

Fast forward to this year and the creation of his very own comfortable place, von ammon co., which he founded after seven years working at New York’s celebrated Team Gallery. But rather than settling onto either crowded coast, instead, his happy place is in Washington DC, a city full of major art museums, but with a relatively sparse gallery scene. His aim? “To bring international, museum-caliber exhibitions to Washington DC by way of a commercial gallery.”

His début show featured the American “new media” artist (a.k.a. digital artist) Tabor Robak, who riffs on the classic computer-generated video game, but von Ammon insists he’s not just about the technology. “We are by no means a digital art gallery,” he emphasizes. “The first show was by Tabor Robak, a close personal friend with whom I’d worked as an employee of a New York gallery. We were eager to do something entirely our own and I found a beautiful space in Georgetown to stage the project.” He adds that he “wasn’t really expecting any particular outcome beyond just doing a great show. After that, many artists with whom I’ve worked for years expressed interest in showing in DC, so I just went with it. Aside from the obvious positive aspects of DC, it’s having all these great institutions, collectors, academics, artists but very few galleries—I think the idea of showing in DC is just appealing to artists in a sort of intangible, gut-instinct way.” For von Ammon, the artists he works with cannot be classified. He isn’t searching for particular qualities, he says, but he does seek out a certain effect. “I don’t look for anything specific beyond whether their work sticks with me and keeps me up at night.”

The art scene has shifted geographically for von Ammon, but when it comes to the role of next-gen gallerists, is it evolving? “I don’t really feel that the industry is changing or has changed much,” he offers. “My generation is expected to follow the parameters set forth by older dealers, which don’t exactly line up with the economics or psychology of the world today. So many of the great older galleries were able to develop their programs on their own terms and without such brutal economics. New galleries are expected to enter the same economy as their forebears, which doesn’t make a lot of sense—tons of art fairs, gallery spaces in super-expensive locations, tons of print advertising. To me, these seem less necessary in a more networked economy, so I’m basically trying to emulate the conditions that older, bigger galleries had when they were just forming.”

The latest turn in his busy year is an exhibition by Helmut Lang, a designer he cites as having “a profound influence on my generation.” Textural and serene sculptures offer a completely immersive experience and, even with sixty-three of them, the overall effect is minimalist in true Lang style. They all have something in common too, in the form of their medium, a multitude of shredded and crushed objects and materials suspended in pigmented resin, taken from his design archive. “This is a segment of a very large body of work made with this material as its base,” von Ammon adds, “and the show is meant to be taken in as a site-specific installation.” The waifish, crusted pillars arranged in a loose grid stand freely with gaps between one another, allowing viewers to travel in between in contemplation. The merging of fashion and art had von Ammon quickly hooked and quite simply the project was a no-brainer. “Seeing as my program is composed mostly of my contemporaries, it made sense to include him as he’s defined so many of the æsthetic codes we’re seeing in the art world today,” he elaborates. “For this reason, I had been including Helmut’s work in many of my off-site group show projects while I still worked at a New York gallery. Now that I’m on my own, he and I can work much more in-depth with one another—the solo show is our first comprehensive project together and the first of what I’m sure will be many.”

It’s an understandably exciting and nervewracking time for von Ammon, setting out on his own, but when asked about the challenges, he offers a positive reflection. “So far, I haven’t had a bad experience,” he says. “The gallery is a physical manifestation of strong and longstanding relationships I have with artists and therefore it takes its own independent shape in that space between myself and the artist.”

As for his grand plan? “To keep facilitating great exhibitions and see how the big picture develops. A gallery is really nothing beyond the artists it shows and its identity emerges out of this. The gallery doesn’t have a set program but I’m sure it will adopt a certain disposition after a few dozen shows and its following will develop in kind.”