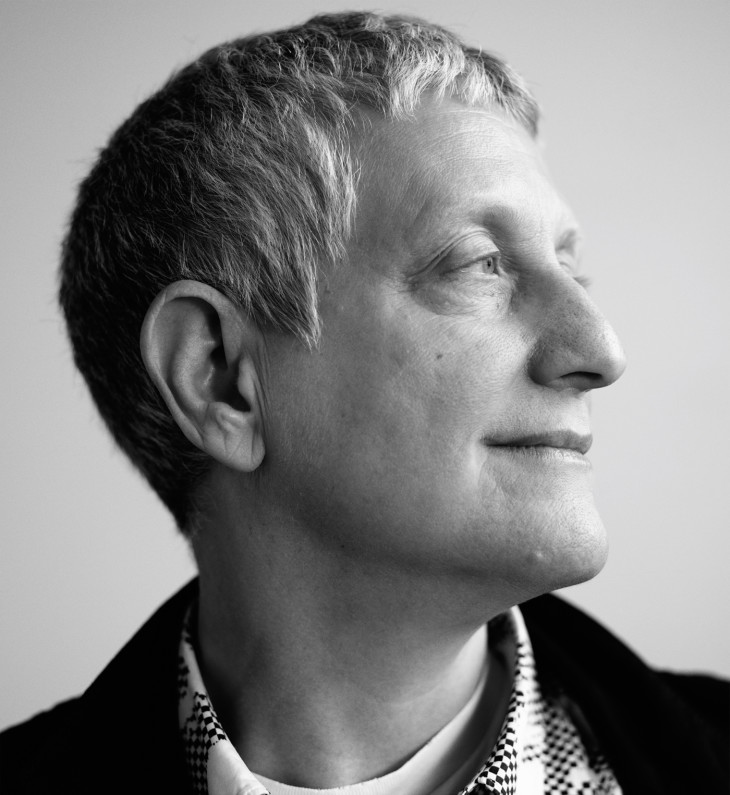 Artwork imagery courtesy of the artist and Hauser & Wirth.

The artist Roni Horn’s New York was a place of pre-dawn space and stillness, with block after undeveloped downtown block peppered with vacant lots and suffused with “a beautiful feeling of wilderness,” she says. Horn, sixty-two, was born and raised in the city and moved in the late Seventies to Tribeca, then a forgotten urban corner of vacant manufacturing facilities slowly being converted into bare-bones live-work spaces by intrepid artists.

Horn recalls walking along the abandoned West Side Highway, standing in the shadow of the then-active High Line, gazing across the inky darkness of those unpopulated blocks toward New York’s distant urban core. “The whole neighborhood felt like a shadow,” she says. She spent her nights haunting the myriad jazz clubs that dotted the landscape downtown, absorbing sets by greats like Herbie Hancock, Miles Davis, and Bill Evans.

Since the Eighties, Horn, a self-described “solitary person” whose work encompasses a number of mediums, has found her muse in the alien, inscrutable beauty of Iceland, a “geologically fresh” landscape characterized by vast fields of black volcanic rock, creeping neon lichen, and low, foreboding skies. Her creations traffic in the nuances of place—the subtleties of weather, the poetry and promise inherent in geology, the idea of the island, and the nature of water—as in sculptures like 2009’s Pink Tons, a rough glass cube which suggests the transparency and the mercurial nature of water’s appearance. This is Me, This is You, from 1998-2000, presents a photo grid of images of Horn’s niece, speaking to the persistent effect of time on identity and persona. Through the lens of Iceland, her subtle, seductive art, by turns clinical and sensual, underscores the mutability of identity and the fragile, fleeting nature of desire. Although she’s spent the better part of her career fixing her gaze firmly away from New York, Horn concedes that the untamed downtown scene of her youth made an indelible impact on her practice. The improvisatory skill of the jazz masters who flooded her ears with music and the city’s vibrant underground culture of sex and drugs, in which it was easy to get lost or try on different identities as one pleased, filtered obliquely into her art.

These days Horn mostly spends her time at her studio in upstate New York, away from the rabble of Manhattan, and is currently absorbed in completing a show of large-scale drawings (her largest to date) set for June in Zurich.

As for Iceland, it remains essential to Horn’s work, but visiting holds little appeal these days. The untrammeled vistas that so intoxicated her in the Eighties have been tarnished in recent years. “There are too many visitors, too many tourists,” she sighs. “And although I miss the landscape terribly, in its current form, I’d just rather not see it.” Artwork imagery courtesy of the artist and Hauser & Wirth.