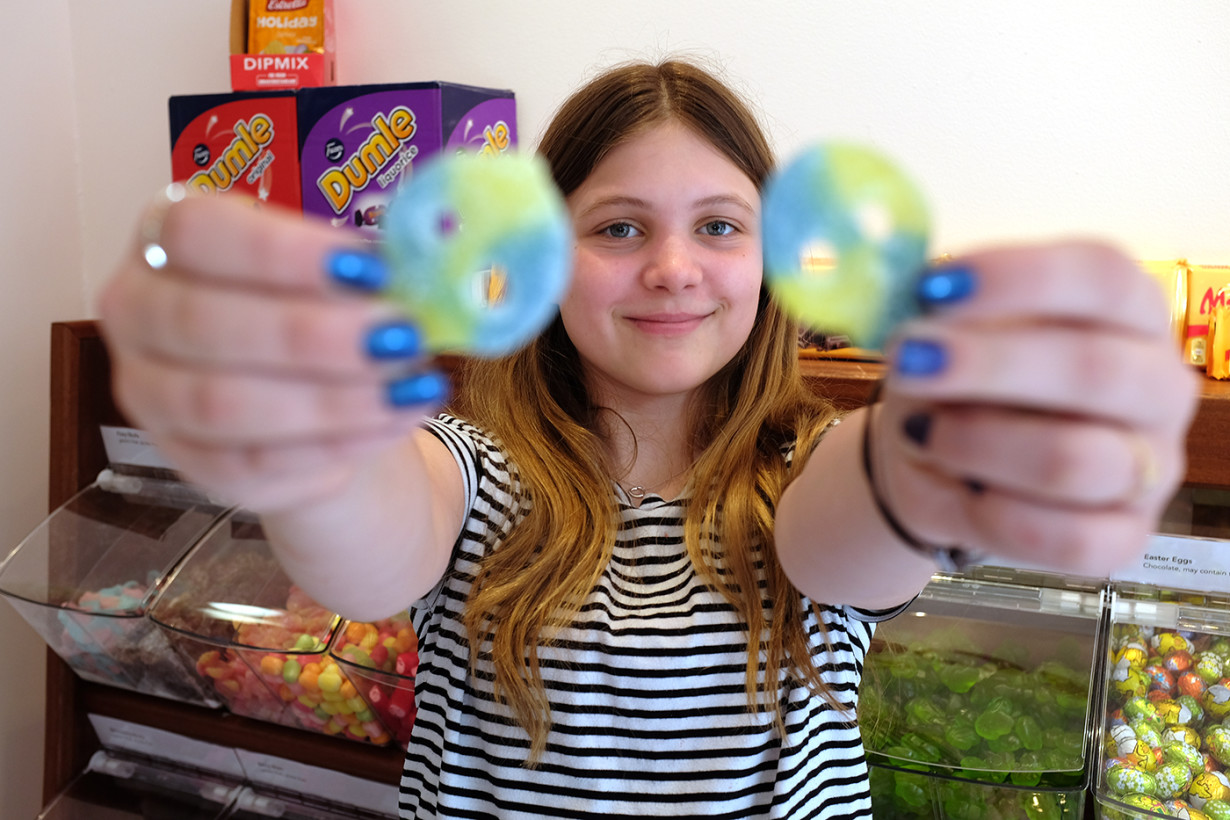 It turns out there’s something besides meatballs and lingonberries that has New York’s Swedes dreaming of home. For Scandinavians, apparently, “it’s all about the candy.” Selim Adira, the owner of BonBon, a new Swedish sweet shop on Allen Street on the Lower East Side, says that “every time somebody returns from Sweden, the first thing they ask is, ‘Bring back the candy, bring back the candy!’” So that’s exactly what Adira and his fellow expats, Robert Persson and Leonard Schaltz, have done.

Two walls of sugary goodness and a top-hatted Mr. Liquorice welcome customers into BonBon. Classical Swedish music plays in the background, a portrait of the queen hangs over the cashier, the ceiling is hand painted by local artist Liesl Larson, and there’s even a refrigerator filled with things like salted licorice ice cream sauce and Kalles Kaviar (fish eggs in a tube) for those needing home comforts. But really it’s all about the candy. Newcomers are given a “grand tour” of all things sweet, sour, and salty when they enter the store for the first time, as “the product speaks for itself,” says Adira. “It’s amazing and everybody comes back!” The difference, he explains, between Swedish candy and American candy is that there’s no GMOs, no trans fats, no high fructose, or artificial coloring. In fact, on Uber Eats, “we’re actually under the healthy section,” he adds with a laugh.

The idea for the candy shop was born many years ago when Adira first moved to New York from Sweden to work in the restaurant business. But it was only last summer, when he began talking to Persson, that the idea gained ground. The first thing that came to mind “was something we grew up with, we know, and we still miss.” Adira recalls going to the deli to get his candy every Saturday as a child. “We had this tradition of the ‘Saturday bag,’” he explains. “When your parents wanted to punish you, they would say you weren’t getting any candy on Saturday. You’d be heartbroken and it would mess up your whole week, so you were good. You were on time, you ate all your food, you did all your homework.” At BonBon, Adira wants to bring some of that childhood excitement to the city he now loves, tempting visitors never to lose their innocence and wonder. “Growing up,” he notes, “is a trap!”

BonBon is now open at 130 Allen Street. Take a look at eleven-year-old Stella O’Neill’s reviews of the candy selection below.