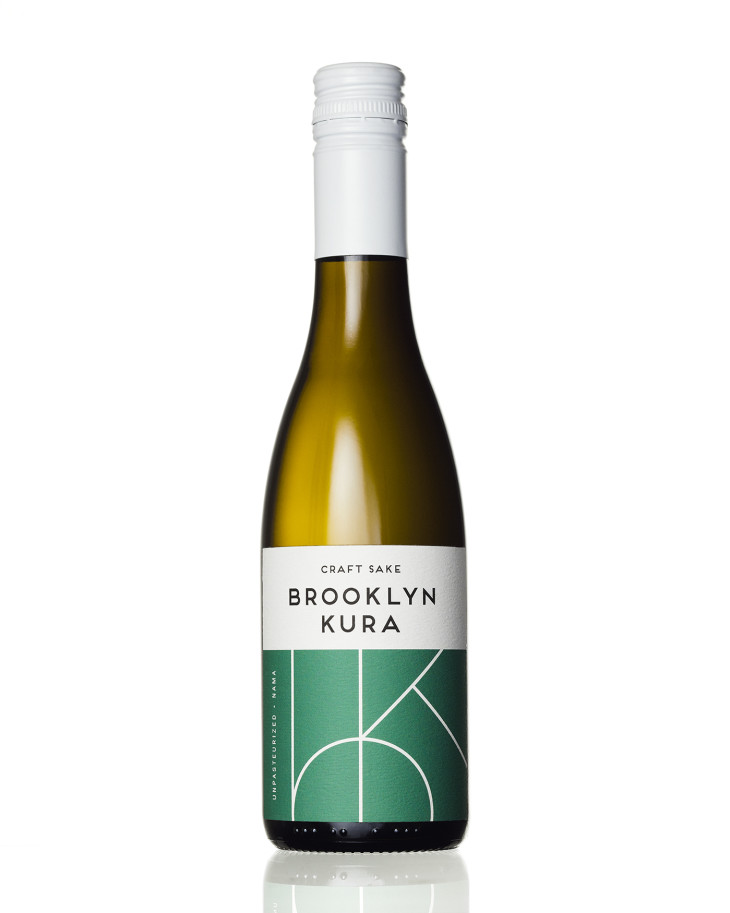 The time-honored traditions of traditional Japanese sake-making are not so easily Brooklyn-ified. But that’s exactly what Brian Polen and Brandon Doughan have set out to do with Brooklyn Kura, a new, American sake that stakes its claim on creativity. “When we explored sake breweries in Japan, we were surprised by the range and quality of sake available,” Polen says. “We wondered why there weren’t more Americans brewing sake.”

They began experimenting with homebrewing, refining their ingredients and slaving through the night as their sakes fermented. “We call our sake ‘American Craft Sake,’” Doughan says. “It’s made with respect for the sake brewing traditions that have been around for over a thousand years, but with American ingredients and a penchant for experimentation”

Their first bottle, Brooklyn Kura 14, is the result of fourteen iterations (thus the name) and is noticeably less “ricey” than some traditional sakes, with a floral nose and a sweeter finish. “With non-sake brewers rice, the starch is more uniformly distributed and more fat and protein remain in the fermentation,” Polen says of Brooklyn Kura’s unique ingredient mix. “That drives more complex and robust flavors.”

The Brooklyn Kura experience is brought to life at their Industry City taproom, designed in collaboration with Carpenter + Mason and modeled after the functionality of Japanese breweries with a modern, clean æsthetic. Here, they try out new mixes, such as a new series of bottles called Occidental that mixes hops into the brewing process.

America’s appetite for sake has been growing annually, evolving with the traditions and new approaches from craft brewers like Brooklyn Kura. “We are dedicated to continuously improving the product and experimenting every day,” Doughan says. “I don’t think we will ever think the process, method, or final product is perfect. We’re striving to make great sake every day.”